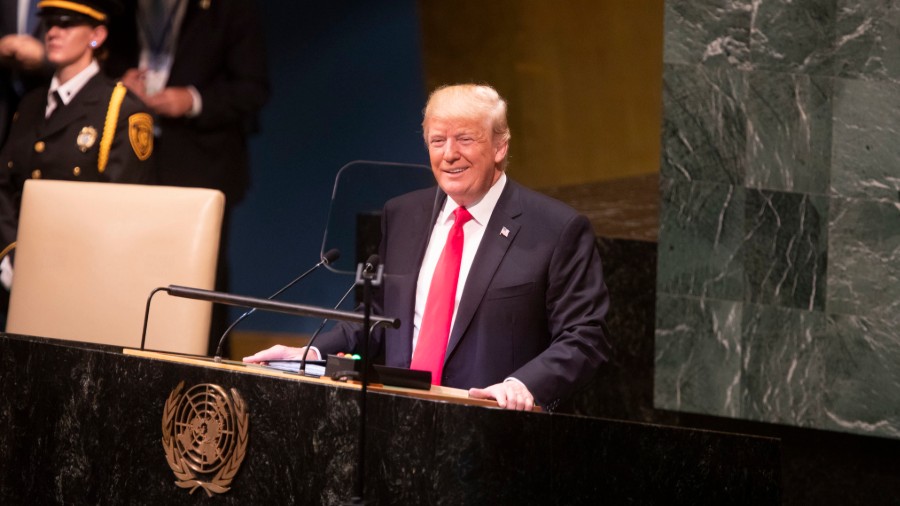 An excerpt from Austin Ruse’s The Catholic Case for Trump.

Previous presidents who claimed the pro-life mantle often suffered from a lack of imagination. They seemed reluctant to do anything pro-life or anything that would upset the pro-choice establishment. Upon taking office, Republican presidents were content to do two things. First, they would defund the U.N. Population Fund, the U.N. agency that is complicit in establishing the Chinese one-child policy. Second, they would reestablish the so-called Mexico City policy, a Reagan-era policy that bans certain American money from supporting organizations overseas that perform or promote abortion. I say “certain American money” because the Mexico City policy stopped money from flowing from the relatively small “family planning” budget only. American dollars still flowed to these groups, but from other, larger parts of the federal budget.

These moves were often enough to satisfy the major pro-life groups. Talk pro-life, promise good justices (but never any who pledge to overturn Roe), defund UNFPA, reinstate the Mexico City policy: if a GOP president did these things, he would get rubber-stamped by the major pro-life advocacy groups. Would he move against Planned Parenthood? Not a chance. Would he aggressively fight a global right to abortion? Maybe on the margins, but he was more likely to take George W. Bush’s course of action and sacrifice all that to his other foreign policy initiatives.

President Trump Did What Pro-Life Presidents Do, But Didn’t Stop There

Like his predecessors, Trump defunded UNFPA and reinstated the Mexico City policy. He did so on his first day in office, but that was just the beginning of his pro-life actions, not the end.

Although the Mexico City policy traditionally affected only the part of the federal budget that funded “family planning,” Trump expanded the ban to include the much larger health budget in foreign operations. He increased the ban from roughly $600 million to nearly $9 billion. Two years later, in March 2019, Secretary of State Pompeo announced that the government would also block what he called “backdoor funding schemes and end-runs” around the ban. Overseas groups would no longer be allowed to pass money through to subcontractors who supported or performed abortions. On that same day, Pompeo announced the revocation of funding to the Human Rights Court of the Organization of American States because personnel from the court had been caught lobbying for legal abortion in South America.

Trump is even taking on the United Nations, which actively supports abortion overseas, by threatening to defund the most controversial parts of the U.N. apparatus. The decades-long fight to prevent the U.N. from establishing a global right to abortion has been one of the pro-life movement’s greatest battles. Abortion advocates at the U.N. know they cannot explicitly impose abortion on the world. Instead they work to establish what is called a “customary right” to abortion. A customary right is established when all countries agree to change their behavior without signing a document. By abstaining from paper documents, member states don’t have to ratify treaties that might spark outrage at home.

For years, the Left has tried to turn the repeated, vocal agreement by U.N. member states into something akin to a treaty obligation. To do so, they’ve invented “customary rights,” hoping to give greater authority to the repeated references to “reproductive health” in U.N. documents. This is a key argument of the abortion Left and must be fought vigorously if we are to prevent U.N. bureaucrats from establishing a global right to abortion. Starting twenty-five years ago, “reproductive health” has been included in nearly everything the United Nations does. If you read U.N. documents, you’ll find the term in almost every proposal, from those dealing with housing and children to women and the environment.

The great sea change at the U.N. has been the Trump administration’s refusing to go along with the “reproductive health” consensus. He has opposed reproductive health not only at the U.N. but also at the G7 and other international fora. United States diplomats have been ordered to strike the term out of any agreements with foreign nations. Should they fail, they are to replace it with something acceptable, such as “maternal health,” or if they are unable to do that, they have to add a provision explicitly excluding abortion from “reproductive health.” By making “reproductive health” controversial again, Trump and his team have successfully stemmed the tide of those calling for a global right to abortion.

Lots of that money comes from American taxpayers, meaning that if the United Nations starts supporting organizations promoting “reproductive health,” American citizens are ultimately on the hook.

Fighting U.N. resolutions may seem small, but the U.N. offers vast sums of money to countries around the world. Lots of that money comes from American taxpayers, meaning that if the United Nations starts supporting organizations promoting “reproductive health,” American citizens are ultimately on the hook. Taking the fight to the United Nations is another attack on the liberal abortionist agenda and makes it more difficult for the war on the unborn to spread abroad.

There are certainly more funding holes to plug, but the Trump administration has demonstrated an unprecedented commitment to ending U.S. taxpayer–funded abortion abroad. Pro-lifers who work on foreign policy are hopeful more cuts will come, despite the fact that Trump has already accomplished much more than any previous president on this score. He seems dedicated to the cause and to continuing to go beyond the bare minimum required to win over the pro-life vote.

As we have discussed at length, not caring what the elite think is one of Donald Trump’s great strengths. The global pushback on expanding the Mexico City policy and fighting “reproductive health” has been immense, incurring blowback from political leaders and the international press alike. The elites considered abortion promotion settled policy, decided in the backrooms of the U.N. where hardly any American pays attention. Ignoring the pro-abortion policies of international institutions would have been easy. But instead of taking the easy route Trump has worked to do the right thing, and there is more to come.

Austin Ruse is the president of the Center for Family and Human Rights, a research institute based in New York and Washington, D.C., focused exclusively on international social and legal policy. He is the author of Fake Science: Exposing the Left’s Skewed Statistics, Fuzzy Facts, and Dodgy Data (Regnery Publishing, 2017) and Littlest Suffering Souls: Children Whose Short Lives Point Us to Christ(Tan Books, 2017). He is a Knight of Malta, a Knight of the Holy Sepulchre and a Son of the American Revolution.