Ah, but what does it mean to be discriminant? And what is the nature of religion? 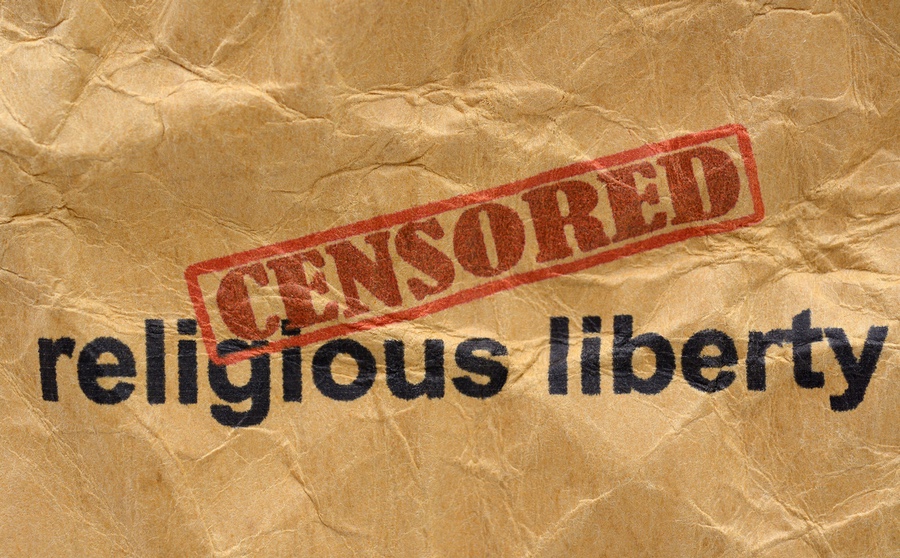 Secularists are working hard to strip our nation of its religious freedoms. One of their favored ploys is telling us religious freedom doesn’t mean having the right to discriminate. Rob Boston, writing for The Humanist, argues it this way:

Religious freedom has not traditionally been interpreted to allow one person to cause harm to another — and subjecting someone to discrimination is certainly a form of harm.

“Certainly”? No. Not even close. In a world full of mindless slogans, that might even be the worst of them all. It’s all about being confused — seriously confused — about the common meanings of common words.

1. No, discrimination isn’t “certainly a form of harm”

Let’s start with “discrimination.” No, it can’t “certainly” and always be a form of harm; it’s what we do every moment of every day. We’d better! We discriminate over who we allow to teach our kids, who can drill out cavities in our teeth, who can walk in our back yards, who we’ll go out to dinner with, and on and on it goes.

How about hiring? Of course! Very few people are taken on as heart surgeons, and you wouldn’t cast Denzel Washington as George Washington. What about housing? Definitely! Sex offenders can’t live just anywhere they want. We even discriminate in lodging; I’ve even seen people tossed out of hotel rooms for arguing too loudly. We discriminate in education, too: poorly behaving students may be expelled.

So, no, discrimination doesn’t “certainly” cause harm. To say that is to say “discrimination” without the least proper sense of discrimination! Now, certainly, unjust discrimination is a cause of harm. But that means we have to define what such a thing means. Generally speaking, it’s unjust to treat people differentially based on irrelevant factors. Skin color is irrelevant for almost every job, for example, although not for playing George Washington on screen.

So is it unjust discrimination when we make decisions based on sexual behavior? My examples include many instances where behavior-based discrimination is widely accepted, so we have to drill down deeper to decide. Or do we? Maybe not, for purposes of this article. We’re not asking which view of homosexuality is correct, after all, but which view of religious freedom is.

So we can simply call the LGBT question what it is, a huge controversy, and leave those questions open for now. Our question here is, Does religious freedom mean having the right to take a controversial moral stand?

2. Morality-based decision-making is an essential feature of religion.

“Religion” is famously hard to define. But there’s one thing it includes in virtually every case: a code of behavior. For the world’s major religions, that always includes sexual ethics. Recent revisionism notwithstanding, most of them say no to same-sex physical intimacy. These moral codes always involve consequences. They allow for treating people differently, based on their adherence (or not) to the codes.

Now, religions regard this as a good thing. It’s good to reward right behavior, they say. It’s also good — not “harm”! — to give people concrete reasons to reject wrong actions.

When the states ratified the Bill of Rights, they purposely intended to ratify freedom to discriminate based on moral choices.

Clearly, then, differential treatment based on moral behavior is essential to most religions. That’s just another way of saying moral discrimination is a key part of most religions, and those religions see this as a good thing, not as harm.

Notice, though, what I’ve been saying under point 2. I haven’t said a word about whether a religion is right or wrong to be this way. I’ve only said that many are this way. I’m not assessing religion here, I’m (partially) defining it. Which is all we need to answer the question we’re working on here.

3. If the Constitution intended religious freedom at all, it intended freedom for differential treatment based on morality.

To treat people differentially, based on their moral decisions, is part of the definition of what it means to be a religion, as shown above. It’s always been part of that definition. Therefore, when the states ratified the Bill of Rights, they purposely intended to ratify freedom to discriminate based on moral choices. There’s simply no other way to interpret it. It’s what religions do. It had to be part of what the Founders had in mind, when they gave religions freedom to do what they do.

To see it any other way would be to imagine our Founders enshrined freedom of “religion” that doesn’t fit any reasonable definition of religion, then or now. I know some people like to play loose with the Constitution, but let’s not get ridiculous, okay?

Now, can religions do wrong? Of course. The Founders knew that. They’d seen it first-hand. Benjamin Franklin practically lived in France before the American Revolution, the same France that angrily overthrew the clergy in its own revolution just a few years later. He’s not the only one who knew it, of course. Still they believed was better for the sake of liberty to leave religions free to correct themselves, and even to correct the state, than for the state to interfere with religious practice.

They had good reason for that. Religion is voluntary, ordered toward humility, and oriented toward eternity, all of which tends to check its earthly tendencies toward abusing power. Naturally, with humans involved, things can still go wrong, but there are inherent corrective forces there, too. When the state starts tilting into tyranny, though, there’s little to stop it, or perhaps nothing at all except the people’s strength and moral wisdom — which do not come from the state.

Regarding the race and slavery problem

American religion — some of it, that is — erred horrifically in supporting slavery. So yes, things can go wrong. American (and British) religion also corrected that, being as it was at the heart of abolitionism. The civil rights movement was led by the Southern Christian Leadership Conference, and the Rev. Dr. Martin Luther King, Jr. This was Christians correcting Christians, with the state finally stepping in to seal the answer in law.

And now today we have Christians ostensibly “correcting” Christians on discrimination toward homosexuals. So let’s allow the process to play out; Christians have been doing it for centuries, after all. More to the point, it is exactly what the Constitution intended to allow in its free exercise clause. As for harm? Really? Can’t someone go somewhere else for cake and flowers? But okay, maybe that’s “harm” on some level. (I’ll try to be charitable with it.) We have to consider it in light of other harms, though, including those that the Founders were seeking to prevent in the First Amendment.

Note, by the way, that Rob Boston’s argument under this point in his Humanist article is utterly empty. It isn’t quite as mindless as the slogan, but it’s just as vapid. He points to a racial discrimination case where the Supreme Court threw out a religious-freedom defense as “frivolous.” But the ruling on that case doesn’t specify what was frivolous about it. Without any substantive reason given, Boston has no argument. That’s what “empty” means, in this context.

One possibility: By 1968, when the Supreme Court decided on that case, it was frivolous to suggest that any actual religion supported that form of discrimination. No one could say the same today, though in our debates over homosexuality. I can easily claim that my religion supports differential treatment, based on moral considerations. Lots of religions still say that. Nothing frivolous there at all.

Why, then, do you suppose secularists want to put religion in a closet?

I’ll close with a quick question. Some Americans have devoted their lives to “freedom from religion.” I know, a lot of them have been hurt by religion gone wrong. We’ve already discussed that briefly, and it’s grievous when that happens. Given that it’s part of religions’ essence to take moral behaviors seriously, though is it really any wonder why many of them would want to put religion in a closet?

Secularists Shadowboxing Their Way to ‘Victories’ Against Religious Freedom