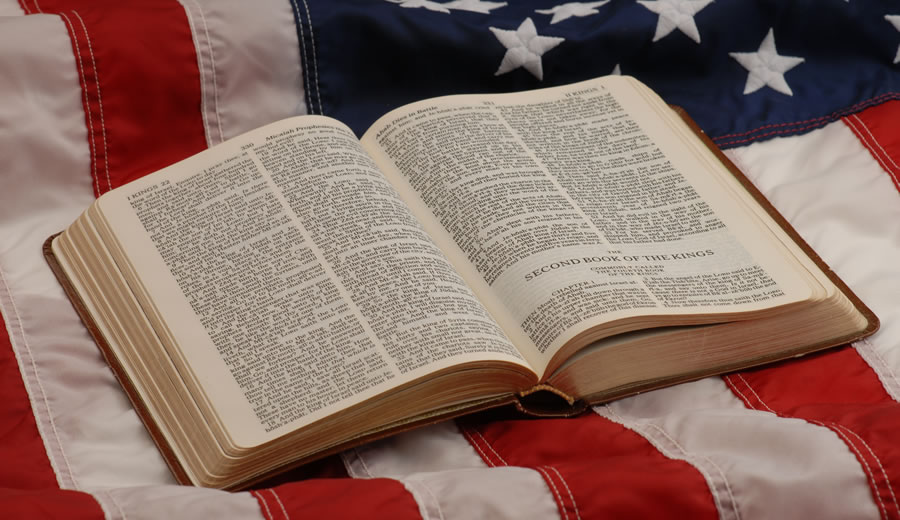 400 years ago this month, a weary band of Christians from England came ashore in New England after a grueling 66-day voyage aboard the Mayflower. The Pilgrims came for one purpose, which they spelled out in writing: “for the glory of God and the advancement of the Christian faith.”

It was all about religious freedom. They wanted to worship Jesus in the purity of the Gospel.

A Nation Formed on Religious Freedom

150 years after the Pilgrims came, the founders of this nation enshrined religious freedom in our national charter, the Constitution.

When the Constitution was first written, there were some hesitations toward ratifying it. Many of those who accepted it did so upon the assurance that religious freedom would be guaranteed. Thus, the founders amended the Constitution with the Bill of Rights, the document’s first ten amendments.

First and foremost among these was religious freedom. The first two freedoms enshrined in the First Amendment deal with religious liberty. In effect, these liberties were understood to mean there would be no national denomination, and people were free to practice their faith as they saw fit. Implied in that is that the non-believer would be free to practice his lack of faith.

Jump forward to today, 400 years after the Pilgrims arrived — and, in the land for which they sought refuge, religious freedom is at risk. With tongue and cheek, one wag asked, “Can we uninstall 2020 and install it again? This version has a virus.”

That virus, COVID-19, has been the excuse many anti-Christians bigots have used to try to hamstring churches. We have seen in the last several months an unprecedented assault on religious freedom.

Rev. John MacArthur is one of the most listened-to and respected Bible teachers in our time. His church is in the greater Los Angeles area. He is generally not one to speak out on political matters. But after months of the pandemic and the way many state officials impair churches because of it, MacArthur decided that enough is enough. He reopened his church — despite threats from state and local officials.

Jenna Ellis, MacArthur’s attorney from the Thomas More Society, said, “Our position has been that L.A. County shutting down churches indefinitely amid a virus with a 99.98% survival rate, especially when state-preferred businesses are open and protests are held without restriction, is unconstitutional and harmful to the free exercise of religion.”

Kelly Shackelford of First Liberty, which also fights for religious freedom, told D. James Kennedy Ministries: “All people have to do is look at the ‘experts’ saying, ‘Well, you can’t sing at church, but oh yeah, the [BLM and Antifa] protests, we’re okay with that because that’s important.”

Christians Came Up With the Idea of Tolerance

Author and speaker Bill Federer once told me in a TV interview:

Tolerance was an American Christian contribution to the world. Just as you drop a pebble in the pond, the ripples go out, there was tolerance first for Puritans and then Protestants, then Catholics, then liberal Christians, and then it went out completely to Jews. Then in the early 1900s, tolerance went out to anybody of any faith, monotheist or polytheist. Finally, within the last generation, tolerance went out to the atheist, the secular humanist and the anti-religious. And the last ones in the boat decided it was too crowded and decided to push the first ones out. So now we have a unique situation in America, where everybody’s tolerated except the ones that came up with the idea. And so when people say Christians are intolerant, we really need to correct them and say, “No, we’re the ones that came up with the idea of tolerance.”

The Pilgrims sacrificed everything they had to practice religious freedom. It would be horrible to see the gift they bequeathed to the world uprooted in our time by secular fundamentalists.