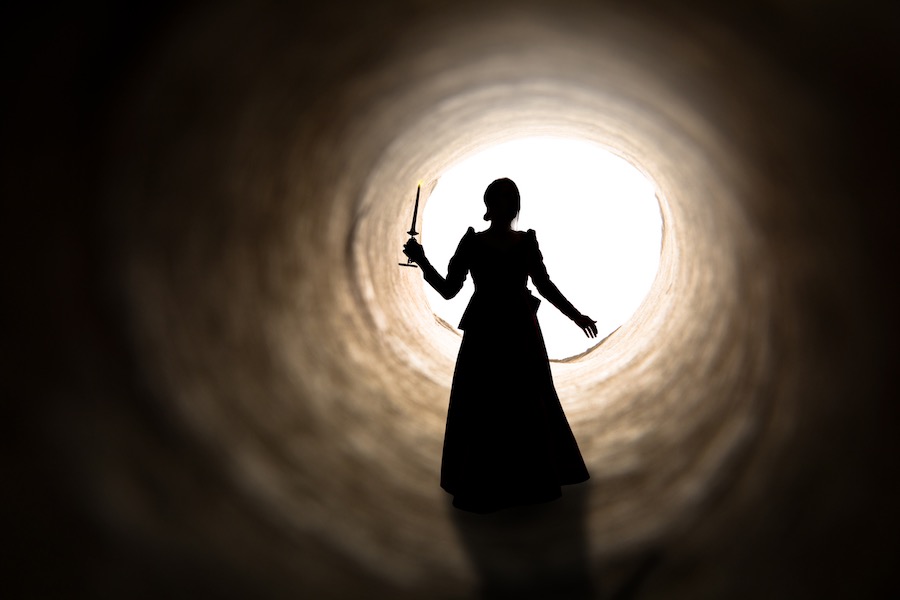 Reincarnation is science now. At least in transgender studies. Which proves — if proof was still needed — that transgender science has gone full-on crazy now.

Not all of it, mind you; there’s still some sane science on the topic. We know from solid research that adult gender dysphoria is a painful, tragic condition highly associated with depression and suicide. We also know that “gender confirmation” surgery doesn’t help. And we know the good news, too, that the great majority of gender-confused children grow out of it.

But that’s mostly swept under the rug these days, as researchers keep finding stranger and stranger ways to justify sex and gender confusion. Including reincarnation. We’re not talking fringe here. This is mainstream stuff now.

I’ll come to the reincarnation wackiness in a moment. You can’t fully grasp the craziness until you get a picture of the contagion behind it. The big journals are the biggest carriers, and there’s none bigger than Nature.

It was the editors of Nature who insisted recently there’s “no basis in science” for defining sex and gender based on biology. It’s so bad, it’s “a terrible idea that should be killed off.”

What you see here in Nature is a tirade, even a tantrum, by comparison.

If that sounds like strong language, you probably don’t even know the half of it. Behavioral science is a genteel sport, marked with soft maybes and cautious possibly’s, certainly never anything so strong as, “We know for sure.” Take that into account, and what you see here in Nature is a tirade, even a tantrum, by comparison.

But that’s only what makes it look crazy. What makes it actually crazy is how blazingly, obviously wrong it is.

It’s obviously wrong because, good grief, everyone knows sex is based in biology. And yes, they were talking about sex in this article, not just the mental state called “gender.”

It’s glaringly obvious, because they resorted to politics and ethics to support their “scientific” case. They want to prevent “discrimination against transgender people and those who do not fall into the binary categories of male or female.” Last I checked, politics and ethics were respectable enough disciplines (well, one of them, at least). Neither of them, however, is natural science.

It’s obvious because, good grief, everyone knows sex is based in biology.

And it’s crazy because they thought they could turn rare abnormalities into new rules redefining normality. According to Nature, “up to” 1 in 100 people (that’s a pretty high estimate, but why would they want to be chintzy with it?) is born with an anatomy that can’t easily be classified as either male or female.

They make it sound like some shocking new scientific discovery. In fact it’s old news. Centuries old. Scientists in what we might call the old days of human biological science, though — say, ten years ago — used to view these rare cases as unhappy abnormalities. I don’t want to be insensitive here — I’m wearing a cast right now, following my sixth surgery for congenital problems in my feet — but birth defects are birth defects. Such things happen, sadly; but they do not re-define normality.

Back in those long-forgotten days (unless you’re old enough to drive a car), scientists believed abnormalities were abnormal. No longer. Now, “the research and medical community now sees sex as more complex than male and female, and gender as a spectrum.” The exceptions rule the rule. There aren’t just two sexes, there’s a different sex for every different outcome.

So, what scientific discovery overturned scientists’ view on all this? Answer: None. The only backing of this new “science” is the same cultural and political shift that led Ringo Starr to cancel a concert in North Carolina a couple years ago, back when everyone was up in arms over the state’s bathroom law.

We’re talking the same Ringo who wrote and sang for the Beatles, “I’d like to be under the sea in an octopus’ garden in the shade.” Frankly I’d consider that lyric saner than a lot of transgender science these days. Fantasy has a fitting home in poetry and music, after all.

I’m not exaggerating. The school was none other than Thomas Jefferson’s esteemed University of Virginia. Four researchers from U.Va.’s medical school studied 469 children who said they had memories of living a past life. They found (or so they say) that children whose previous lives were of a different sex were much more likely to have gender nonconformity today.

Gender science has fostered a level of fantasy all its own.

Maybe you think that sounds like a yawner. Obviously, kids who feel they’re in the wrong kind of body today are more likely to imagine they were in a different kind before.

But hold on. That’s not what the researchers concluded. “Several points argue against that possibility,” they say; therefore they “doubt” that such “false memories” can explain the children’s past-life reports. They really think they have reason to believe people’s previous lives affect their personality in this life, and that’s part of the reason we have trans people today.

And they call this science.

What really gets me is that these researchers weren’t embarrassed to claim credit for this report. There’s only one explanation for that. The whole gender science community has gone off the deep end. Under the sea. In an octopus’ garden in the shade.