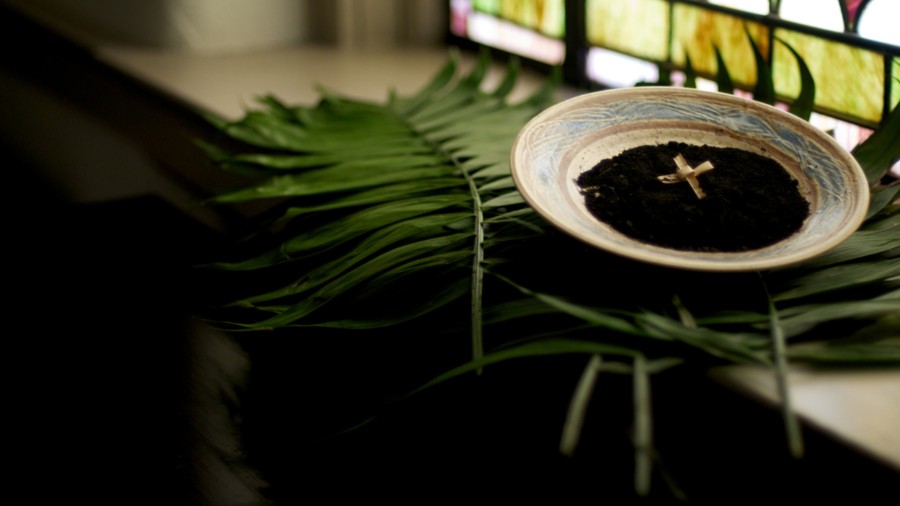 “Dear Old Dad” passed away on February 4. Over the years, our pastor has mentioned him in so many sermons that our whole parish knows him and mourns him as “Dear Old Dad.”

Born in 1935, Dear Old Dad grew up in abject rural poverty in South Dakota yet become a teacher and school principal. Along the way he earned a doctorate in education.

Though he was highly educated, our pastor found something completely unexpected among his belongings: a copy of T.S. Eliot’s poems carefully underlined.

A World That Has Forgotten God

His underlines included this from part three of “Choruses from ‘The Rock,’” in which Eliot reflects on a world that has forgotten God:

O weariness of men who turn from GOD
To the grandeur of your mind and the glory of your action,
To arts and inventions and daring enterprises,
To schemes of human greatness thoroughly discredited,
Binding the earth and the water to your service,
Exploiting the seas and developing the mountains,
Dividing the stars into common and preferred,
Engaged in devising the perfect refrigerator,
Engaged in working out a rational morality,
Engaged in printing as many books as possible,
Plotting of happiness and flinging empty bottles,
Turning from your vacancy to fevered enthusiasm
For nation or race or what you call humanity;
Though you forget the way to the Temple,
There is one who remembers the way to your door:
Life you may evade, but Death you shall not.
You shall not deny the Stranger.

The Spirit of the Age

Mind you, Eliot wrote this in 1934. Even then, we were sure that technology would save us. That spirit of the age has had a century to settle into our culture and our consciousness.

Thus today we continue to exalt the grandeur of the human mind and the glory of human activity. We have newer and better “arts and inventions and daring enterprises,” vaster “schemes of human greatness.” We are more adept at “binding the earth and the water.” And Lord knows we’ve got great “smart” refrigerators complete with touch screens and “smart” phone access.

And as for Death, we’re working on that too. Tesla founder Elon Musk’s new venture “Neuralink” promises superhuman powers by hooking our brains up to computers. “If your biological self dies,” Musk commented as he enjoyed whiskey and weed with podcaster Joe Rogan, “you can upload into a new unit. Literally.”

Eternal life can be yours with no God, no cross, and no resurrection.  What is, of course, unstated is: “If you can afford it.” Musk is not in the superhuman immortality business as a philanthropist and we certainly don’t want immortal riffraff. But then the commercialization of power and immortality is as old as the first temptation. “You will not die…. You will be like God” (Genesis 3:4-5).

As C.S. Lewis wrote in The Abolition of Man, “It is the magician’s bargain: give up our soul, get power in return. But once our souls, that is, ourselves, have been given up, the power thus conferred will not belong to us. We shall in fact be the slaves and puppets of that to which we have given our souls.”

Which brings me to Lent.

Lent, said Pope Benedict XVI, “is a period of spiritual ‘combat’ which we must experience alongside Jesus, not with pride and presumption, but using the arms of faith: prayer, listening to the word of God, and penance.”

Jesus fasted for forty days “and afterward he was hungry. And the tempter came.” Henri Nouwen summed up Satan’s temptations (Matthew 4:1-11) thus: Be relevant. Be spectacular. Be powerful.

Be relevant: Meet your needs and everyone else’s. You can charge for that and get rich.

Be spectacular: Everybody loves, listens to, and fears a celebrity. Why just watch them on TV?

Seeing the Light of Christ

During Lent, with Jesus, by “prayer, listening to the word of God and penance” we reject Satan’s false bargains and empty promises. We have the opportunity to offer ourselves again on the altar of the One True God forsaking those cravings for relevance, fame and power. As Eliot wrote at the end of his poem:

And when we have built an altar to the Invisible Light, we may set thereon the little lights for which our bodily vision is made.
And we thank Thee that darkness reminds us of light.
O Light Invisible, we give Thee thanks for Thy great glory!

Dear Old Dad, along with T.S. Eliot, saw the world as it is now basks in that Light of Christ. Through our Lenten observances we prepare to do the same.

Let This Lent Leave You Different