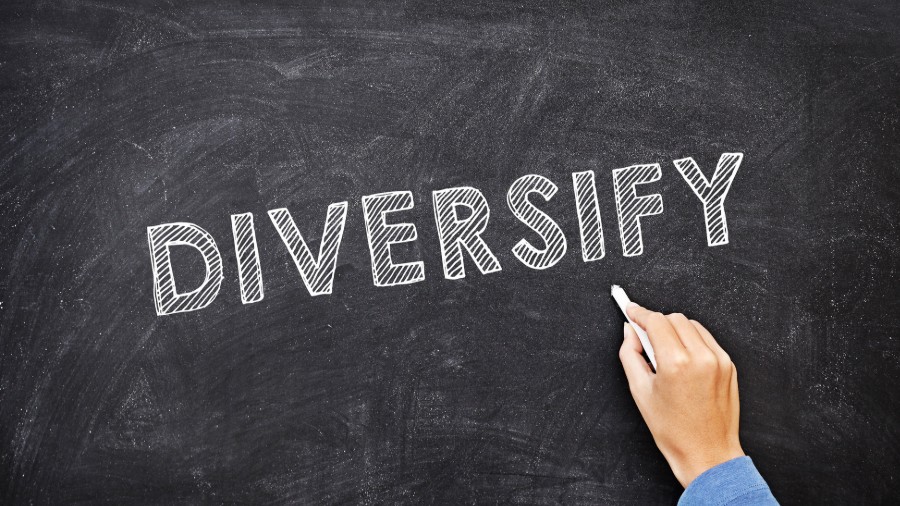 In the 80s and 90s, I was a financial investment advisor with two major investment firms. The most important investment advice we gave our clients was “diversify, diversify, diversify.” Too much exposure in any one company, or any one sector of the market for that matter, and you take the risk of huge losses if something goes south, as often happened. With diversification, you mitigate those risks.

One client of mine back in the 90’s was way overexposed in one company. While he had bought in cheap and then had huge gains, the position represented almost 50% of his investments. Time and again I advised him to reduce his holdings, take the gains, pay the long-term 15% capital gains tax, and diversify. His fear and loathing of the gains tax kept him from taking my advice.

You can guess the rest of the story. Not long after, news broke that some high-level executives in the company were cooking the books. I’ll never forget the day the news came out. Trading halted on the stock, and the next time it opened, over 90% of the value was gone … poof … just like that, never to recover.

The same principle applies to social media capital. Facebook, Twitter, Google, Instagram, and even Amazon, make up what I call the Cancel-Net. They have far too much power, and far too many users are way overexposed in this sector of the social media market.

Look What Happened to Parler

Witness what just happened to Parler, a good alternative to Twitter. In an attempt to shut down conservative comment, the Cancel-Net banded together to remove Parler altogether from the social media sphere, going so far as to deplatform them. At first Parler CEO John Matze said Parler would be offline for about a week. But now that optimism is fading. As he explains, “We will likely be down longer than expected,” Matze reportedly wrote on his Parler profile. “This is not due to software restrictions — we have our software and everyone’s data ready to go. Rather it’s that Amazon’s, Google’s and Apple’s statements to the press about dropping our access have caused most of our other vendors to drop their support for us as well. And most people with enough servers to host us have shut their doors to us.” This is what I mean by being overexposed to the Cancel-Net.

As we hear more and more reports of the outright assault on free speech taking place by the Cancel-Net, for little more than expressing a dissenting opinion from leftist orthodoxy, the reasons for diversifying your social media capital are obvious. Why cede so much power to the Cancel-Net?

Excellent Alternatives to the Cancel-Net

It turns out there are plenty of excellent alternatives to the Cancel-Net out there.

In addition to Google use Qwant.

I’m sure there are many more.

Notice I say “in addition to” rather than “instead of.” That’s because I’m suggesting you reduce rather than eliminate your exposure to the Cancel-Net so that if the Cancel-Net moves against you, you still have a strong social media presence.

Above all, never shy away from speaking the truth, even on the Cancel-Net platforms. In the end, truth will prevail. As Christ himself said, “You will know the Truth, and the Truth will set you free.”

Donald is a 1975 graduate of Taylor University, where he earned his B.A. in Speech and Drama. In 1977, he earned an M.A. in Clinical Audiology from Ball State University in Muncie, IN. Donald spent more than 20 years in financial services with both AG Edwards and Merrill Lynch, followed by nearly 20 years as a major gifts development officer with Prison Fellowship Ministries, Teen Mania Ministries, Taylor University and Discovery Institute. Donald is currently on staff with Ratio Christi as Senior Director of Advancement as well as Chapter Director for Indiana University – South Bend. He is also a Chuck Colson Fellow with the Chuck Colson Center for Biblical Worldview.