The Red Sox: The Team for Conservatives 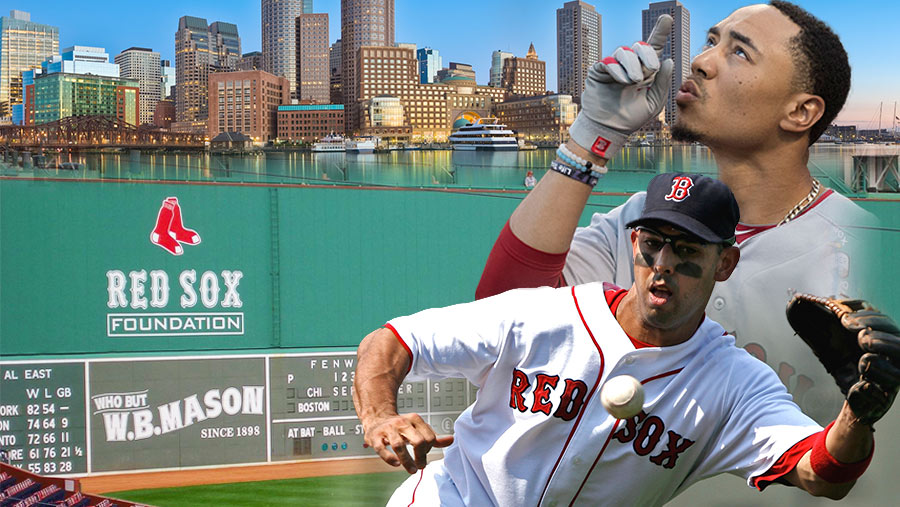 So tonight the Red Sox try to put the World Series almost beyond reach, and the Dodgers try to save their season. ESPN describes the Dodgers “in desperation mode.” Their starting pitcher admits they face “a little bit of a backs-against-the-wall type of scenario.” It’s more than a little, I think. As ESPN explains, the Dodgers’ problem “isn’t just the daunting scenario — with a loss, the Dodgers will fall behind 3-0 — it’s the overwhelming opponent.”

Yessssssss! But I’m a childhood Red Sox fan — I grew up in Massachusetts — and I know how easily the Sox can break your heart.

Should be the Fourth

If the Red Sox win, they’ll have their fourth title in this millennium. That will — let me just mention this — be more titles than anyone else. They and the Giants have both won three World Series in that time. The Cardinals have won two. The Diamondbacks, Angels, Marlins, White Sox, Phillies, Yankees, Royals, Cubs, and Astros have all won once. Eighteen teams — including, let me just mention this, the Dodgers — have not won at all.

My friend and comrade Al Perrotta has written winsomely about his Los Angeles Dodgers. He writes in On Baseball, Beach Balls and the Beauty of Dodger Stadium of being soothed by “the regular rhythm of the sport.” He loves “the warm-ups, players tossing balls to kids in the crowd, little league teams gathering in the infield, groundskeepers wetting down the base paths, the night’s honoree throwing out the first pitch.” He loves the stadium, the people, the whole experience. But not, this being Los Angeles, the two guys behind him one night discussing the fine points of making a porn movie.

I appreciate Al’s affection for the Dodgers, I really do. It reflects well on him, D.C.-area raised though he was. He loves baseball for the reasons I love baseball. To be honest, a good man can probably cheer for the Dodgers. After all, they’re not the Yankees.

The Team for Conservatives

The Red Sox have remained in Boston since their founding in 1901. They’ve kept faith with their city and their fans. They could have moved to some thriving, growing west coast city for money and fame. But they stayed in Boston. They stayed through the rough times.

Not every team acts like that, though. Some teams actually leave their cities for what they see as better chances elsewhere. They might leave a lovely city like, oh, Brooklyn. They load up the trucks, say “The heck with you” to their home, and get on the highway. They crush their faithful, loyal fans, but they don’t care. They’re going to get something by leaving, so leave they do. Sad but true.

No conservative should cheer for a team like that. Don’t reward disloyalty. Reward with your cheers faithfulness and fidelity. Cheer, in other words, for the Red Sox.

The Particular and Historic

The builders built it to fit the streets. A regular park wouldn’t fit, so they built the famous “green monster,” the high left field wall. By respecting the city and being practical, they built the iconic baseball park. Conservatism rejects changing good old things just to make them modern. The Red Sox kept Fenway as it is, even when some astoundingly silly people suggested they take over the street and expand the park and have a normal left field. Some horrible people even suggested building a new stadium in the suburbs. The whole idea …

On the other side of this, conservatives dislike the simplified, rationalized, homogenized. The new parks all look basically the same, even if they add some funny angles to the outfield walls in a postmodern attempt to look kinda old. They’re modernized. But Fenway has character. The only other park like it is the Cubs’ Wrigley Stadium. That’s why the Cubs stand as the conservatives’ National League team. Not — let me just mention this — the Dodgers.

And finally, conservatism values people doing things for others and not for themselves. Look at what the manager Alex Cora insisted be part of his contract. Look at what superstar Mookie Betts did after the second game. There is, as the Inc. writer (a Giants fan and therefore neutral in this) noted, “something startlingly decent about this Red Sox team.” This truth isn’t dispositive, as the lawyers say, okay, I admit, but it’s awfully suggestive.

For Liberals Too, and for America

These give a couple reasons conservatives should cheer for the Red Sox this World Series. Russell Kirk would, were he alive and did he follow baseball. (I’d be grateful to know if he did, if anyone knows.) Edmund Burke and T. S. Eliot ditto.

But that said, they’re the team for liberals too, More to the point, they’re the team for America. Americans seem to know this. See this map. Forty-six states support the Red Sox. Four support the Dodgers: California, and fair enough; Nevada; Hawaii; and for who knows what bizarre reasons, Delaware. But everywhere else, including the Heartland conservatives love and revere, they’re for the Red Sox.