As a teen star, she packed stadiums and won accolades. Now a mother of three kids, Rebecca St. James is coming back to the microphone with a new focus. 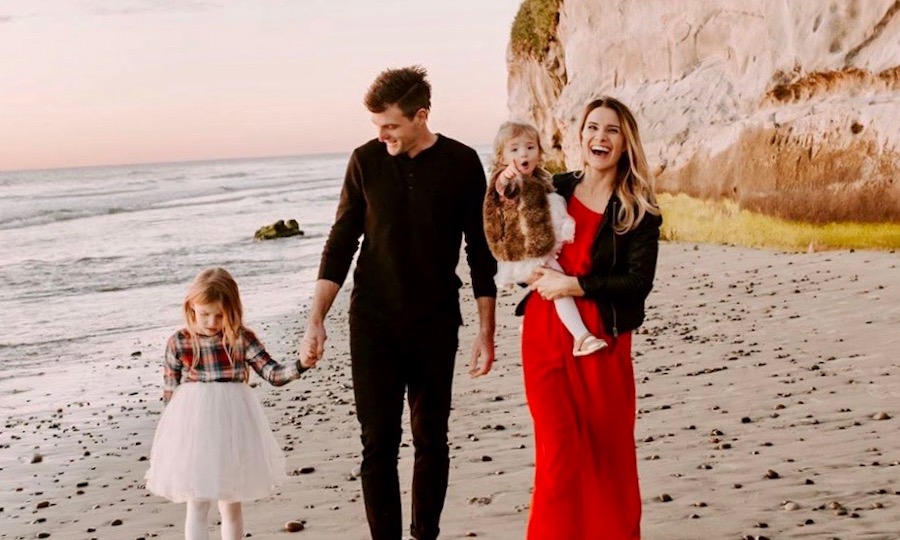 Rebecca St. James and her husband Jacob “Cubbie” Fink are pictured with their children Gemma (L) and Imogen.

“James was actually my grandfather’s name,” said Rebecca St. James in a phone interview. “So we kind of picked it in honor of him, and I felt like God led me to using that name.”

Married in 2011 to musician/producer Jacob Fink, and today a mother of three kids, St. James spoke about the origin of her stage name — used since her days as a teen pop/rock star.

She notes that the New Testament epistle James, with its emphasis on doing the word, has relevance. “It’s crazy you ask, because James is one of my favorite books in the Bible,” she added. “I feel like it’s practical, direct, and very challenging.

“Without realizing it, many of the verses that I’ve picked to share from the stage are from that book.”

Over the past 30 years, St. James has been on many stages. She’s toured worldwide and recorded ten records. In 2000, she won a Grammy Award for her album Pray. She’s written a dozen books and starred in as many movies, including a lead role in 2009 pro-life film Sarah’s Choice.

“Without prayer and dedicating things to God, I wouldn’t have anything to give.” – Rebecca St. James

Following a seven-year hiatus, St. James is back writing and singing new songs. She is also hosting a weekly podcast entitled “Rebecca St. James Friends and Family,” geared to young parents like her. Early guests have included Nicole C. Mullen and her brothers, Joel and Luke Smallbone — known for their chart-topping band, For King & Country.

The talk show is one of 15 original AccessMore podcasts, a new venture of K-LOVE radio network. “It’s often tough moments that bring about revival,” said AccessMore director Rahny Taylor. “We’ve seen so much [lately], including churches pivot online. If anything, the pandemic made our podcasts at AccessMore more necessary than ever.”

In an interview from her home in Nashville, St. James shares her vision for the show, why she exited music for years, and the importance of prayer.

Creating Space to Listen and Learn

How did this idea for a podcast come together? 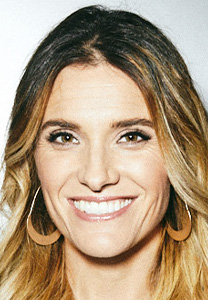 Rebecca St. James: Life is so busy for me right now with being a mom of three. I have a six-year-old and a two-year-old, and then I’m six months pregnant with our son. Then I’m wrapping up the new album, and our first single is just out.

With this weekly podcast, we wanted to create a space for sowing into moms who are running around and have a lot going on. It’s about empowering them and speaking life. I know I need that kind of encouragement, so I thought other moms would too.

Parenting is definitely a theme throughout this podcast. One other show that has influenced me is called “Raising Boys and Girls.” Their style is organic and natural. I’m committed to this podcast being authentic, biblically grounded, and story-based.

Jesus taught through stories. We want to create something that people walk away from feeling that they’re not alone. Practical wisdom and truth come forth through the sharing of stories. There’s something very special and powerful in that.

‘The Second Time Around Feels Richer’

Could you share about your new album and the new single?

St. James: The new single is called “Battle is the Lord’s,” and it’s a worship song. We hope it will be sung in the church, congregationally. That’s true of several songs on the new album, which comes out in mid-July.

With music, I’ve always had a desire to be pushing forward and to have kind of a modern, fresh approach to the sounds that I create. Sometimes I feel like I’ve been more true to that goal than others. At certain points I’ve been kind of weary, so the creative side has been less than fresh.

I’ve been out of the music scene really for seven years. And then God called me back to music very blatantly about nearly three years ago. He has done so much work in that time, refreshing my heart and giving me a new perspective.

In the 90s, you used to fill stadiums and had this rock star career. Whereas parenting can be kind of a grind. Do you look back fondly on those early years?

St. James: Honestly, I look back and it feels like a blur. I think, Wow, that was quite the journey. At that point in my life, I was younger. A lot of it was moving from one thing that I was doing to the next. I started so young, I really longed for a home life.

I was very focused on the road and on the next album. And I did some acting and some book writing, too. So there was kind of a lot going on for nearly 20 years when it came to music and creative content.

For a good part of that time, I was longing to be a wife and momma — for a quiet and normal kind of life. Now I have been able to live that dream for seven years and to be fully entrenched in it. It’s been so refreshing to dive back in to doing all this new music. I have this whole different perspective now.

And we’re doing it as a family. We’re going to go on the road and tour as an adventure. We’re homeschooling our daughter so that we can travel together. Coming back to doing this, there is a sweetness on it and gratefulness. The second time around feels richer because I’m doing it with my husband, with our little family, with a support system.

The Power of Relationships

You’ve been a singer, actress, author, songwriter, screenwriter. How is podcasting different or similar to those roles?

St. James: Every single one of the things that you mentioned involves content. It involves saying and expressing something in an artistic or creative way. The difference that I feel with this podcast is it feels like I’m in partnership kind of equally with my guests. It doesn’t feel like I’m going at this thing solo.

When you’re singing on stage, you might have a band supporting you. But you’re still that front person and a lot of pressure is on you. All eyes are on you as a leader. Similarly, with acting, you have to kind of bring that role to life. And writing, the same thing.

With this podcast, I’m enjoying the partnership of it. We plan out topics, relevant to faith or family or both. Then I have these guests that I’m just getting to enjoy this 30-minute Christian community time with. It’s a very real conversational chat with people that I trust.

My curiosity comes into play, where I’m asking about things that I feel like are helpful for my own life about these people’s journey and story. I’m just really loving sharing that ministry platform with them. It’s been even more life-giving than I thought it would be.

How has prayer and hearing from God been crucial for you in life and ministry?

St. James: Starting as young as I did — my first album at 13 and then full time at 16 — I knew that, without God, I don’t have it. If I had gone to college and gotten some kind of degree in biblical studies or communications, maybe I would’ve felt more qualified. But I knew I needed his strength.

Without prayer and dedicating things to God, I wouldn’t have anything to give. I needed him to give me that inspiration and content that could be impactful. As I progressed further into music, I grew in maturity years wise. But I also got tired, too. Dependence on God was essential throughout those years, even into my late 20s and early 30s.

Always I need to rely on the Holy Spirit. So prayer is an absolute essential and still is before every podcast, every writing and recording time. Even before these interviews that I’ve had today, I’m prayerful because I know my need for him in a very real way.