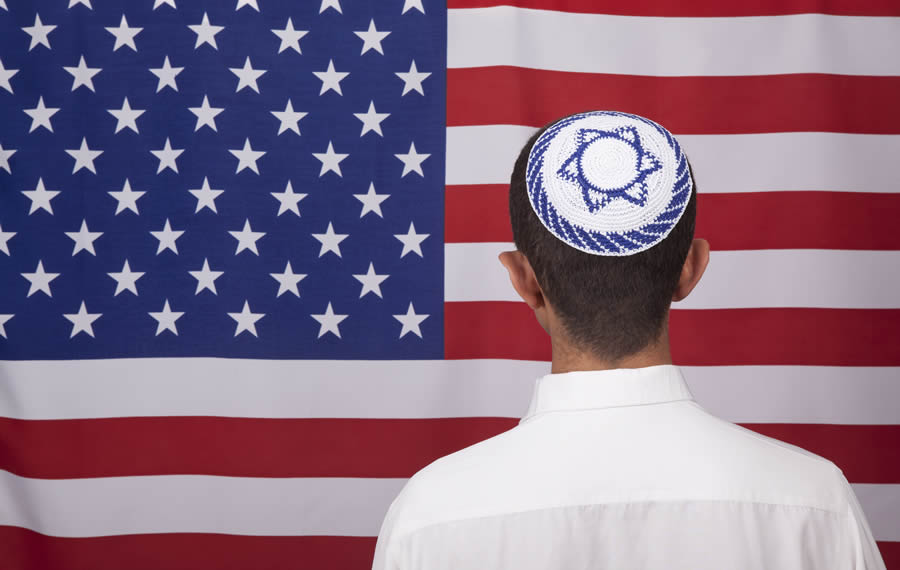 It sickened me to read of the recent attack on two men in Germany for wearing a Jewish skullcap. (Lately I’ve seen them called “kippahs.” I grew up calling them “yarmulkes.” My dad joined Archie Bunker in this as in much else. He referred to them as “Yamahas.”) As BBC reported:

German police are investigating an assault on two young men in Berlin, in which the attacker was filmed shouting anti-Semitic abuse.

The men say they were harassed in the Prenzlauer Berg area on Monday while wearing Jewish skullcaps (kippahs).

A video of the incident, which was later shared on Facebook, shows the attacker hitting the men with his belt.

He is heard shouting “Yahudi,” an Arabic word for Jew, before being dragged away by another man.

One of the victims, a 21-year-old Israeli called Adam, then reportedly followed the attacker but gave up after a glass bottle was thrown at him.

The Rootstock of Christian Civilization

It’s hard to think of a more bitter irony. Modern “tolerant” Germans feel shamed out of ordinary patriotism at soccer games by the legacy of the Holocaust. But Germany lets this happen. Enables it, through its immigration policies. If there is one nation in Europe that should do whatever it takes to make sure that Jews feel safe and welcome there, it’s Germany. We can all agree on that, right? Add to that list every nation from France to Poland where a twisted, modern ideology tried to rip out the rootstock of Christian civilization. Namely the Jewish people.

The wave of such attacks coincides perfectly with the influx of Muslims whose faith and culture encourage hatred of Jews. Independent of Israel’s actions, or even existence. Anti-Semitism hasn’t lingered in Europe. It largely died of disgrace, then the EU’s leaders re-imported it.

Jews have lived in Europe since before the birth of Jesus. They’re a part of our soul. The medieval Church at its most triumphalistic never favored a purge of Jews. (Though angry mobs and demagogues managed to spur the expulsion of Jews, at one point or another, from every major nation save Poland.)

This recent attack was just one of countless incidents of Muslim anti-Semitism. Media mostly dump them under the rubric of “far-right” intolerance. That’s frankly dishonest. The wave of such attacks coincides perfectly with the influx of Muslims whose faith and culture encourage hatred of Jews. Independent of Israel’s actions, or even existence. Anti-Semitism hasn’t lingered in Europe. It largely died of disgrace; then the EU’s leaders re-imported it.

Must Jews Live in Hiding?

The aftermath of the German attack was sobering. BBC reported a few days later:

Josef Schuster, the president of the Central Council of Jews in Germany, told Berlin public radio that Jews should exercise caution in big cities.”

My instant response to reading about the kippah outrage was simple. The Germans should imitate the Danes. When today’s Germans’ grandparents imposed the yellow star on Jews in conquered Denmark, gentiles wore it too. Right up to the nation’s king. I thought that Germans should do the same.

And wouldn’t you know it. … They did. All across Germany, in a nationwide series of marches last Wednesday. As The JC reported:

Thousands of people across Germany have marched in solidarity with the country’s Jewish community amid fears of growing antisemitism.

Demonstrations attended by Jews and non-Jews were held in Erfurt, Potsdam and Cologne, with the largest taking place in Berlin.

Non-Jews were seen wearing kippot in solidarity, while images of Muslim women wearing the head-coverings over their hijabs were widely shared on social media.

Photographer Malte Lehming reported that activists in Berlin distributed thousands of kippahs as crowds gathered in the city’s centre.

The newspaper, which has a circulation of around 100,000, printed a kippah in Wednesday’s paper that readers could cut out and wear to the rallies.

We Need More than Mylar Balloons

Surprising and deeply encouraging. And fitting. It wouldn’t be a bad idea for us gentiles to do this once a year. Perhaps on Holocaust Remembrance Day.

But one-time gestures have a limited shelf life. They can crumple and fade like the Mylar balloons people leave outside the sites of terrorist atrocities. Do you remember all the peace marches, and solemn declarations by the League of Nations, “outlawing war” in the 1920s?

Nobody else does, either. High-minded sentiments mean nothing unless backed by hard-headed policies. That means immigration policies, yes. It also means a firm rejection of Islamist movements, and backing the political parties that are willing to push back against them. That entails embracing patriotic parties, even where they’re not perfect. Part of what we must demand from them in return is a firm defense of the rights of Jews.

The real lesson of the Holocaust is not that nationalism is dangerous in itself. It’s that nationalism can be abused. But so can every other political tendency known to man. We don’t discredit the welfare state by pointing to Pol Pot’s Cambodia. Nor should we shame modern Europeans who want to maintain their countries’ heritage by lumping them in with the Gestapo. None of the postwar leaders who’d heroically fought against Hitler — not Churchill, de Gaulle, or Adenauer — would have favored open borders to intolerant Muslim nations. By today’s deranged criteria, they’d qualify as “fascists.” So would the thousands of patriotic German Jews who won decorations for valor in the First World War.

We don’t discredit the welfare state by pointing to Pol Pot’s Cambodia.

Think of nationalism as akin to the body’s immune system. If it becomes hyper-vigilant, it begins to attack your body itself. If it fails, you get symptoms like those of AIDS, as your systems succumb to every opportunistic invasion.

Having some sense of your nation’s identity is key to assimilating newcomers. To upholding solidarity across vast territories, and many generations. The alternative is a rabid individualism that leads us to live for today, to see veteran’s cemeteries as just fields full of dead people. Our fellow citizens as just hordes of strangers. And those who died in the Holocaust as just another faded atrocity tale from the grim dream we call “the past.”

A firm sense of national identity also allows nations to limit prudently the numbers of people who can’t or won’t adhere to their governing values. Or accept their heritage — which includes, for Europe, the Jews. They’re part of us, and we’re not parting with them. Anyone who wishes to take them away or harm them will have to deal with us first.

In the prison house of fading nations that is the European Union, the real threat isn’t patriotism or populism. It’s a pan-European elitism, which disdains the religious and cultural pasts of each nation, in pursuit of a groundless, utopian abstraction. A comic-book version of Kant. The patriotism of International Business Class.

Here as elsewhere, Jews serve as the canary in the coal mine. If they can’t stay in the Europe the EU is making, then it’s no place for anyone.