Getting Real About Christianity and Culture

The Stream interviews John Stonestreet, co-author of A Practical Guide to Culture: Helping the Next Generation Navigate Today’s World. 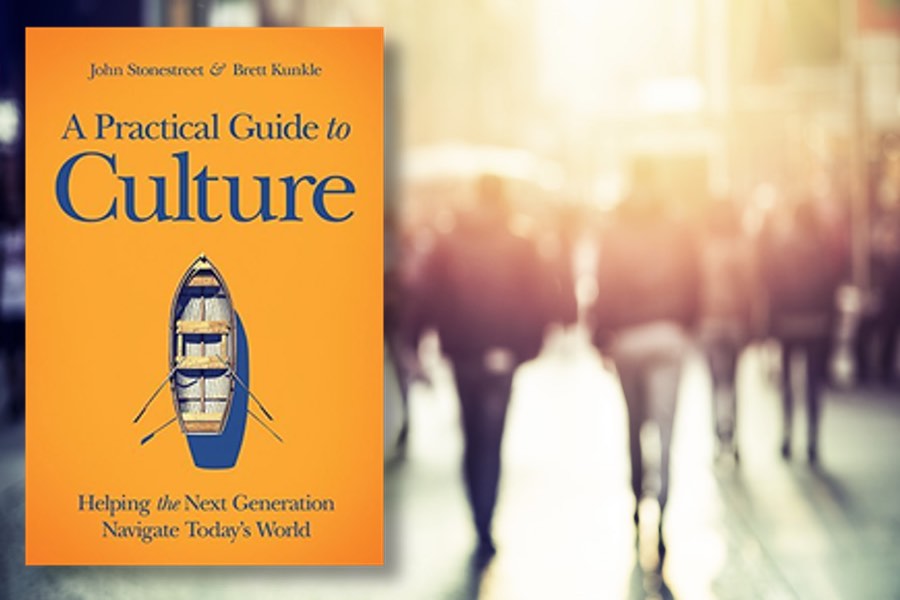 I had the privilege recently of sitting down over coffee with John Stonestreet. John is the president of the Chuck Colson Center for Christian Worldview and a popular speaker and author. He and co-author Brett Kunkle, author and speaker associated with the apologetics ministry Stand to Reason, have just released A Practical Guide to Culture: Helping the Next Generation Navigate Today’s World.

Living as People of Faith in Today’s Culture

The Stream: Why do we need a book on culture? Why did you write the book?

John Stonestreet: Brett will tell you he’s got five reasons: his five kids. I have four reasons: my four kids. Every parent likewise has at least one reason, if not more, to be concerned about the topics we wrote about in this book.

Culture isn’t just all the bad stuff out there, by the way. It isn’t something you can avoid.

Our world has shifted dramatically over the past ten years. Our culture doesn’t just frown on Christian moral beliefs. People don’t just think our beliefs are naive or outdated. Christian beliefs are no longer tolerated. In fact for many, Christianity isn’t simply wrong, it may even be evil.

Brett and I use the analogy of water. There’s a saying: If you want to know what water is, don’t ask the fish, because fish don’t know they are wet. In the same way — we and our kids are immersed in the culture — we take it for granted. And if we aren’t intentional about helping our kids identify what’s in the culture, they’re going to to go along with it.

The Waves and Currents of Culture

The Stream: What’s changed in our culture?

Stonestreet: Brett and I deal with that on two different levels. First there are the “waves”: the obvious challenges that parents face. Waves aren’t subtle. When you get hit by a wave, you know it. In today’s culture they include obvious pain points like racial tension, gender identity issues and same-sex marriage.

But many of us have also had the experience of swimming near the beach, looking up and finding that we’re twenty yards down from our towel. That’s a current taking us away, not a wave; and it’s the sort of thing you don’t notice without taking a good intentional look around. In our book we identify four dramatic currents that parents need to be aware of:

1. The challenge of living in the information age. It’s perfectly normal these days to say, “Look it up” and expect to have the answer right there in our hands. We’re all completely accustomed to it — but believe it or not, smart phones have only been around ten years. But when we look up those answers, how do decide what counts as an authority? Do we realize that information is not the same thing as knowledge, and it’s very definitely not the same thing as wisdom? Without discernment, kids will get taken down the current.

And by the way, not only are kids seeking information, it’s seeking them, too. People are trying to get to them for marketing and ideological purposes. We’ve got to be aware of these things.

2. Identity after Christianity. Besides the salvation message, Christianity’s most significant contribution to the world is its vision of what it means to be human. We’re created in God’s image. That truth right there is the one thing that truly explains human dignity, purpose and value. Today’s culture rejects the truth of the image of God, yet it wants to keep the values that are grounded in that truth. The problem is, it can’t. Secularism has nothing in it to tie those values to humanness. What you quickly begin to lose, then, is all that really makes us human, that unites us as humans, and that keeps our humanness grounded in reality.

Besides the salvation message, Christianity’s most significant contribution to the world is its vision of what it means to be human.

The 20th century was infamous for various groups being dehumanized through Nazism, communism, racism and so on. Then it was just certain groups, though. Today’s secularism dehumanizes everyone.

All our connection now is mediated by glowing rectangles producing an illusion that we’re having a conversation, developing a relationship or being good friends. This changes everything about how we interact. It changes the entire meaning of relationship and friendship. These things, too, are at the very core of humanness, and they’re shifting drastically.

4. Perpetual Adolescence. Senator Ben Sasse wrote about perpetual adolescence recently in the Wall Street Journal; we covered it in more depth in our book. Adolescence has changed drastically. It used to be considered a transitional stage; now it’s the goal. It used fall in the range of about 13 to 18 years old, now it goes from age 11 to 30. Look at the movies with “knucklehead dudes” in them. It used to be those “dudes” were teenagers. Now they’re grown-up men with families, marriages and babies — and they want to act like kids forever.

This is very much connected to the identity issue. A kid who’s always playing video games isn’t just immature, he doesn’t even know what it means to be human. To be human is to care, to be responsible. Now, however, we have a culture that teaches there’s a different purpose and end for being human.

The antidote for perpetual adolescence is virtue and character. It isn’t just morality; it’s the classic virtues of temperance, prudence, courage and so on. These virtues don’t grow out of government programs or schools, of course. The institutes of character formation are families and churches.

Culture isn’t reality, it’s something we do with reality.

The Stream: Looking at all these currents, what would you say is your greatest concern?

Stonestreet: The identity crisis is the greatest threat. It touches on everything. Transgender is a human identity issue above all. Marriage and morality are identity issues. Every cultural institution or action is a reaction to what it means to be human. The spiritual implications are huge. It’s hard to help someone to be Christian if they don’t know the basics of what it means to be human.

The Stream: What is your greatest hope?

Stonestreet: Two things. First, in the land of the blind, the one-eyed man is still king. Culture isn’t reality, it’s something we do with reality. So one who tries to contradict reality with culture will still eventually run into reality regardless.

Second, the hope is always in Christ, risen from the dead. We’re not the first generation to deal with a culture hell-bent on denying reality, and the Church has always won, because Christ has always won.

Finding Our Identity in Christ