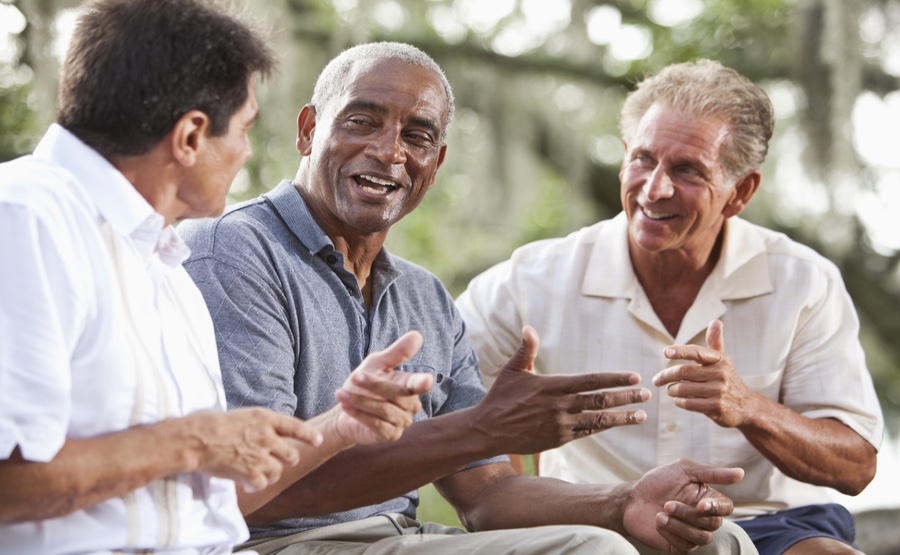 Polarization. Tribalism. We’re not connecting with each other. The Barna Group recently released a study on Faith Leadership in a Divided Culture. One key finding, which will come as no surprise: “Most Americans do not interact much with those outside of their group.” In every group surveyed, a majority of people say, “it would be hard to have a conversation with any other group.”

One side gains ground, the other side reacts. Two new conservative justices join the Supreme Court, and the other side moves toward infanticide. The Washington Post jumps the gun badly on a a MAGA hat-wearing teen, and the family responds with a lawsuit equal to the company’s entire 2013 purchase value. Push leads to pushback leads to push-away. The tribes separate. The breach widens.

Scripture calls Christians to demonstrate and to share Jesus’ way with every tribe, tongue, people and nation (Rev. 7:9). Jesus called us to love our enemies. Yet Barna found that Christians, too, have trouble talking with others.

You Can’t Connect Across “Tribes” on Social Media

The one place I see people crossing “tribal” boundaries is on social media. There we talk — if you can call it that. Social media is a whole lot more conducive to arguing than connecting. If the medium is the message, as Marshall McLuhan said, then social media’s message is, “You’re wrong, we’re right.”

Now, of course there are many ways in which I’d count that as fact. Abortion supporters really are wrong. I can explain why in a couple dozen different ways. And since it’s a public policy issue, I take it as my responsibility to explain it publicly. The internet is a fine place to express truth like that.

Here’s the hard part, though: Jesus came full of both grace and truth (John 1:14, 17). Social media works well for showing one, but not the other. Even a site like The Stream has its limits when it comes to expressing grace. People have to read the page first, for one thing, and that doesn’t happen enough across “tribal” boundaries.

Take Michael Brown, for example, who writes with as much grace as anyone I know, yet the SPLC still has him on their “hate” list. Non-believers who read his work often do so just to find something to disagree with. I know that from experience, by the way: I read atheist and humanist websites, and it’s just hit me how often I do it with that same attitude.

So what’s a Christian to do? We can’t solve the whole tribal-separation problem. It’s complex, it’s massive; and besides that, others have their say, too, in how peaceably we live together (Romans 12:18). Still we ought to do what we can. Here are four thoughts that can help.

First, social media works well for speaking truth. So do sites like ours here at The Stream. We should use it for all it’s worth.

Second, social media works poorly for speaking truth in love (Eph. 4:15). Using it “for all it’s worth” has its limits. It’s nearly impossible to do a great job of delivering both grace and truth online. Instead, as I’ve already said, it’s good for creating arguments and divisions.

Third, that makes social media one of the top contributors to the “tribalism” that’s keeping us all from connecting as human beings.

So where are you as you read this? If there’s some person sitting near you, try putting your phone down. Start a conversation. Especially if it’s someone different from you. You could kick it off by asking them to share their story. Listen as they answer. Maybe they’ll ask you to tell yours, too.

Do that, and you’ll be chipping away at the polarization and tribalism that’s keeping us apart.