For decades, it was possible to shut down discussions of grave social evils in various societies by suggesting that critics of the status quo were secretly Communists. Sometimes, these critics actually were funded and organized by Communist parties. But in other cases, well-meaning liberals who had made alliances of convenience with Communists were tarred with the Marxist brush by their political opponents. 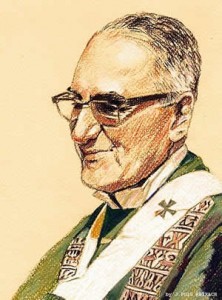 The crudely racist officials of apartheid-era South Africa used the cooperation of many sincere, anti-racist democrats with actual Communists to dismiss all supporters of a multi-racial regime as either Communists or dupes. In 1980s El Salvador, murderous death squads condemned Christian Democrats who favored land reform and targeted even moderates supported by the U.S. as crypto-Communists. Archbishop Oscar Romero was one such moderate, and he was gunned down while celebrating Mass for condemning the death squads.

The most outrageous instances of red-baiting occurred in cases where cynical apologists for injustice could find no real connection to Communist organizations or ideas, so they smeared their opponents for favoring ideas “inspired by” Marxist analysis — in other words, by any attention at all to the connection between money and social power. Or else these red-baiters would speak of a “slippery slope” — allow any government intervention in the economy (such as child labor laws), and you set yourself on an irreversible path toward the state confiscation of all the means of production, followed by government-sponsored atheism and finally the Gulag. 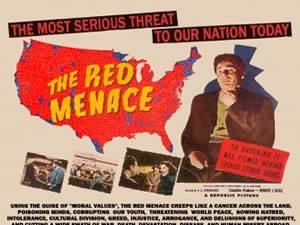 Today Catholic circles are seeing the exact same tactic, except that now the use of guilt-by-association and false implication is serving the cause of big-government statists. The targets are conservative Catholics who distrust the modern secular state, and the smear-word is not “Communist” but “libertarian,” which is then connected with the thought of Ayn Rand. Welcome to the age of the Rand-baiters.

An entire conference held last summer at Catholic University of America was devoted to such Rand-baiting, to speeches that said, implicitly or explicitly, that Catholics who oppose the expansion of government and the large-scale redistribution of wealth are “dissenters” from Catholic Social Teaching. Listening to them speak one would imagine that opposing the leviathan state was a heterodoxy on par with supporting partial-birth abortion and euthanasia. Austin Ruse wrote a fine response to this conference, which provoked a sneering answer from Matthew Boudway at Commonweal. 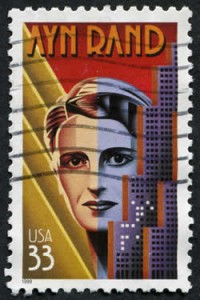 The idea of a detailed, consistent, morally binding body of economic and political policies imposed by the Church on believers on pain of sin is nonsense on red velvet stilts. Elsewhere I argue the point at some length without going to an opposite extreme. Broad principles that inform our life and our politics, such as the dignity of the individual and the family, solidarity, subsidiarity and all the rest? Absolutely. A political platform? Absolutely not.

Nor has the Church ever made such a claim. Most Catholics with any knowledge of history have learned to forgive and forget individual outrageous statements by popes from the past, fully aware that the charism of infallibility is narrowly defined and almost never invoked — twice at least, eight times at most, and never on issues of economics or politics. Catholics are not obliged to support book-burning just because Gregory XVI did.

Rand-baiting is being used today as red-baiting was in the past, by those who support a deeply immoral institution, to silence those who object to it by equating them with extremists. What is that deeply immoral institution? The bloated, secularist, immoral and coercive governments that rule over most Western countries, including the United States.

What’s Wrong with Us?

There is so much that is wrong with today’s American government that we could go on and on listing examples. How to explain a country where prisons pay for murderers’ sex change operations; where gay-themed schools receive public funding but religious schools cannot; where abortion is legal for nine months for any reason, including sex-selection; where illegal immigrants amnestied by presidential fiat will receive tax credits for working illegally via identity theft; where religious colleges lose their accreditation for upholding biblical teaching; where the government has redefined marriage into a meaningless temporary sex contract, unrelated to parenthood; where liberals defend pervasive pornography but wish to restrict political speech; where progressive ideology, aggressive secularism and corrupt teachers’ unions have enfeebled many public schools; where the marriage rate and native birth rate are dropping, so that we outsource even reproduction to other countries; where half trillion dollar annual deficits are considered progress. . . . As I said, we could go on and on.

Of course, government has a purpose, but ours has long since exploded its proper limits. So even when our government does things that have some positive effects — like giving health care to some citizens who didn’t have it, or feeding some of the hungry some of the time — it often does so in ways that have evil effects, that pervert people’s incentives, ignore economic and human realities and sometimes flat-out demand that we engage in evil.

Conservatives were not surprised when the Affordable Care Act included a contraceptive and abortifacient mandate — though we were a little taken aback when the Obama administration so quickly back-stabbed the Catholic bishops who’d naively favored the Act.

We may someday be able to replace all the above with something better. In the meantime we need to restrain the beast, keep it from confiscating and re-purposing so much of our wealth and restricting so many of our liberties. So on some matters we cooperate with other people who are suspicious of government for their own reasons — libertarians, Randians, anarcho-capitalists, what have you — just as Christian civil rights, anti-apartheid and land-reform activists sometimes had to stand shoulder to shoulder with socialists and Marxists to fight a more-urgent evil.

So the next time someone tries to Rand-bait you, just laugh and remind him that he’s using the same tactics J. Edgar Hoover employed against Martin Luther King, Jr.