Raising Standards of Decency — for All 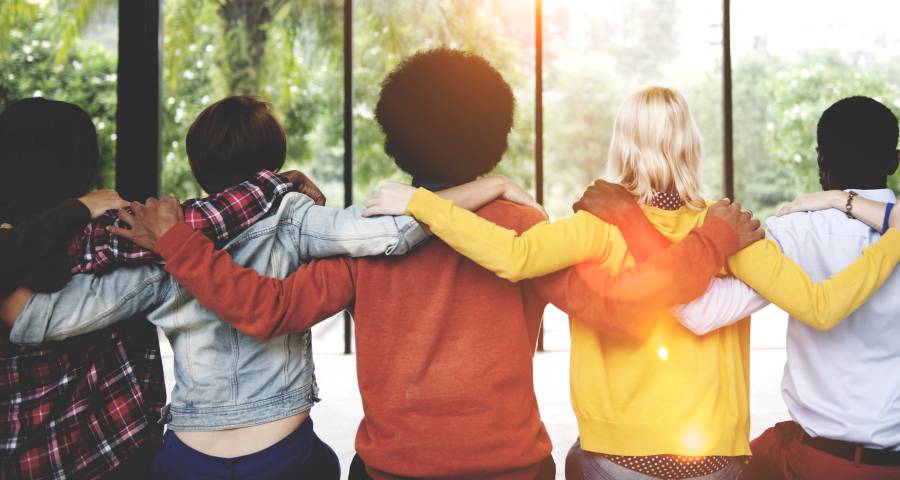 Many of us lament the rise of identity-based political and social movements. They encourage us to think in terms of race, gender, ethnicity, or religion rather than looking for shared values and beliefs that unite us as Americans.

But we are also reaping important fruit from some of these efforts. Take the #MeToo movement, for example. Emboldening women to stand up to sexual harassment is a good thing. Holding men accountable for this behavior more consistently is progress.

And we are beginning to see an even broader effect of the #MeToo movement. We see men thinking twice about treating women as sexual objects. And we see women tracing these attitudes back to their roots, with an eye toward ripping them out.

Good News for a Decaying Culture

The Washington Post recently reported on changes to “Fight Night,” an annual fundraiser for children’s charities around Washington, D.C. For 28 years, this event catered to a stereotype of the American male fantasy. Wealthy, powerful men would pay big bucks to watch some boxing, smoke cigars, drink alcohol, and ogle barely dressed young women.

This year, however, the event was different. This year male and female servers dressed as referees. The evening’s code of conduct required guests to refrain from disrespectful behavior.

The change may have been the result of genuine soul-searching, or just a pragmatic desire to avoid bad press. But the result is the same: progress toward a more decent, civilized culture.

When you think about it, this is a far greater, more lasting benefit to the kids who are the whole reason for the event. Yes, there are plenty of children who need material things. But every child will benefit from higher standards of decency. We should be thankful that “Fight Night” organizers are now pursuing both goals.

On Exactly the Right Track

Another hopeful sign comes from the National Black Leadership Alliance and National Congress of Black Women. These groups recently called for “an immediate end to the broadcasting of music that encourages violence against blacks in general, and black women in particular.” Some might be tempted to criticize the statement, because it seems to care only about one racial group. But there is plenty of good to be found in it.

These groups are recognizing that gang violence and sexual assault do not occur in a vacuum — they are bound to occur more frequently in a culture that “demeans, denigrates, and promotes violence against women…” These opinion leaders are pointing out that “lyrics calling women [vulgar names], celebrating gang rape, sexual assault, and even kidnapping” shape the attitudes of young people. So they urge black women to stop spending money with companies that advertise on stations that play this “music.”

They are on exactly the right track.

Back in 1982, social scientists James Q. Wilson and George L. Kelling gave us the “broken windows theory.” According to this theory, visible signs of crime and anti-social behavior in a community (like broken windows in buildings) lead to further, more serious crimes. They argued that by stopping the minor crimes, we can prevent the more serious ones.

We need to apply this theory today to stop the growth of indecency and hatred.

In order to achieve a decent, respectful society, we must not only resist evil when it affects our specific group. We must all band together to raise moral standards across the board.

We have long winked and nodded at the rampant, unbounded sex that parades across our television sets and movie screens. We continue to spend money at restaurants that pay young women to appeal to male customers’ sexual appetites. We shrug our shoulders at so-called “music” that speaks a language of hatred, profanity, and violence. Our reluctance to confront the seeds of evil in our culture has been the water that made evil thrive. It should not surprise us when crime is its ultimate fruit.

On the other hand, it is in our power to starve these seedlings of social harm, using our voices and the power of our purses to prevent them from growing or spreading.

We should be encouraged by the growing intolerance for immoral sexual behavior. We should cheer the backlash against music that feeds violence and models vulgarity. And we should let the cause of virtue unite us.

Women protesting sexual harassment because it harms women is an important step. So is black women protesting rap music because it demeans black women. But in order to achieve a decent, respectful society, we must not only resist evil when it affects our specific group. We must all band together to raise moral standards across the board.

Our culture is the soil in which we all must grow. What pollutes that soil for some pollutes it for all. Let’s work together in the clean-up effort and restore a culture of virtue.

The Empty Promise of Socialism