There are real problems with racism in this country. And we can solve them. But people continue to beat around the bush and fail to get to the root of the affliction. Racism is not just a black problem, but something that continues to affect all of us. If America is to be healed, we need to look beneath surface symptoms.

It has been 250 years since the Constitution and 150 years since the end of the Civil War. If there is a reasonable way past this problem plaguing our nation, we should embrace it. Christianity must and will be restored as the central foundation of this nation. But we cannot tread that road unless all our brothers and sisters come with us.

Learn the History. The Real History.

Everyone should educate himself about the history of slavery in this country. Once you do, you will understand the mindset that allowed it to exist here. We all need to be aware of the harmful effects it had on a whole race of people. Persistent ignorance of such facts helps trap us in a cycle of despair. Go to Google Books and type ‘Slavery’ in the search box, under ‘Tools,’ select the years 1600-1900 and several PDF books will show up.

What we found in our research was: the vast majority of people during that time did not own slaves. In fact, every enlightened Christian abhorred slavery. Christians began the Abolitionist movement and fought to end the scourge. The Republican Party, founded in 1854, had in its foundation the platform to end slavery. A pastor in 1871 wrote:

From before the Civil War, the Democratic Party was supremely devoted to slavery. To the extent of its power, they have granted everything which the slavery industry asked of it. In the South it was the Rebellion; and in the North, it opposed the war and helped the South all it dared to. The South, no matter how deceived and sincere the masses may have been, rebelled against Jesus Christ, the New Testament, and Christianity. In the North the Democratic Party did all it could to help the South destroy both. The Democrat Party opposed the Emancipation Proclamation, and vilified to the utmost that sainted man who issued it, Abraham Lincoln. With solid front, and with the spirit of the Pit, it opposed the Fourteenth and Fifteenth amendments. They were measures which have put in definite terms a great Christian principle into our national constitution.

Sometimes we wonder, in light of the party’s long and even recent past, why on earth would anyone, much less a black person, be a Democrat? It can only have to do with that party’s great and polished practice of deception. The Democratic Party remains to this day the party of oppression, and one of the steps for black Americans to be free is to finally put their affiliation with it behind them and walk away.

Life after slavery allowed many benefits of freedom. However, although the brutality of Southern slavery was over, many were left uneducated, powerless, and destitute. During the period of Reconstruction after the war ended, blacks had many gains. However, after the Federal Troops left the South some twelve years later, Reconstruction ended. Democrats wrote the Black Codes imposing Jim Crow across the Southern states. It wasn’t until the 1960s Civil Rights Movement, nearly 90 years later, that those laws designed to segregate and disenfranchise finally ended.

In the 60s, We Abandoned God

The early 60s were an important crossroad in our nation’s history. Even as we made civil rights advances, a series of Supreme Court cases removed God from schools. These legal blows presaged a change in the foundations of this country. God-centered national morality was thrown out the window. Since then this country has tumbled deeper and deeper into a spiritual abyss with each passing decade. William Jeynes is a professor at California State College in Long Beach and a senior fellow at the Witherspoon Institute in Princeton, N.J. He said:

One can argue, and some have, that the decision by the Supreme Court — in a series of three decisions back in 1962 and 1963 — to remove Bible and prayer from our public schools, may be the most spiritually significant event in our nation’s history over the course of the last 55 years.

Some have surmised that there were other primary causes for the moral downturn of this country. How about the reason God gave us in Deuteronomy’s 8th chapter: We forgot God.

The Diversity of Black Experience

Today, millions of black Americans have attained the highest levels of the American Dream. Many are highly educated. They make good money. Many maintain an excellent relationship with their Creator.

However, too many black Americans languish in inner city destitution and are in crisis. It is all too common to have children growing up with single parent households, drug and alcohol abuse, teenage pregnancies, school dropouts, violent gangs, and rampant crime. Multiply these afflictions by the millions of individuals they are affecting.

All of these problems are symptoms of a spiritual condition and state of mind. One of the greatest challenges to the inner-city black situation is lack of awareness. The race grievance industry can’t seem to connect the symptoms of the problem to their solution. I’m reminded of the story of the three blind scholars attempting to describe an elephant. (One grabs the leg and calls it a tree, another grabs the trunk and calls it a snake, etc.) We endure a seemingly endless debate about how to address racism in this country. But spiritually blind people try to describe the problem from very narrow perceptions, so they actually flat out miss the elephant in the room.

In far too many eyes, the entire black race in this country is stigmatized. One’s skin color is perceived as a brand or mark to justify denial of opportunities for employment, business deals and other relationships. This is evil.

Much worse is the specter of slavery in black people’s minds as a part of their history and consciousness. Many still have experiences where they’re made to feel as outcasts in their own country. All Americans must remember the shocking truth: an entire race of people was sold as property.

And in that community, scars still linger. Some black people have internalized the slave mindset their ancestors’ captors used to dehumanize and condition them. Trainers hold young elephants in place with one of their legs chained to a secure anchor. As they grow up, the trainer replaces the heavy restraints with a simple stake and a light rope. The elephants still don’t move because they are conditioned to believe that they can’t. Pause and let the reality of that sink in.

There are many black Americans who believe they are stuck in a low caste, never to be able to get any higher. They think that they are victims of systemic racism and that is why they are bound to their present lot in life. They believe white privilege has kept them from opportunities for advancement. Even that police are white supremacists designated by the system to hold them down.

Chains of the Mind

Long gone are the physical days of enslavement, but the same slave mindset still exists within today’s present generation. It exists to the extent they fail to educate themselves, acquire new and empowering beliefs, and recondition their minds for achievement and success.

We are all confined or set free by the beliefs we hold within us. What we believe about ourselves will always be more powerful than what others believe about us. With this belief, escaped slave Frederick Douglass was able to free and educate himself, become a prominent figure in the Abolitionist movement and publish a newspaper. He did this all in defiance of what others believed about him. 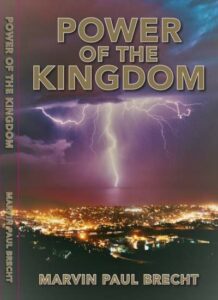 Some will reject this message. There is a certain amount of comfort in believing in one’s own victimhood. Some cling to the chains of past bondage because that is all they’ve ever known. The facts are, getting ahead in life is a difficult process. But it is attainable if we believe we can do it and use our mind and hands to make it happen. Many have already come out of such mental bondage. Thank God there are millions of our black brothers and sisters who have found new and empowering beliefs.

God Can Set Us Free

Any beliefs and conditioning now held can be changed. As pastors, we continually experience the power of God to deliver people from their demons and deeply ingrained past traumas. Once free, we are aware. Once we have awakened, it is time to adopt and condition new beliefs. This is what will lets us move to a better place, spiritually and psychologically.

Or beliefs can hold us down. False beliefs such as “People of other races are evil.” Or “The police are all out to get us.” These myths can help us feel “Woke,” but in fact they’re just part of the old conditioning, the training white racists imposed.

At some point we must take responsibility for the beliefs we hold. They create the mindset we live in. Blaming our present state of existence on someone or something outside of us cripples us. It surrenders to a victim mentality. Americans need a modern day abolitionist movement. We all must adopt truthful, empowering beliefs. These include

This is the mindset that will lift up our lives and save our souls.

The Church Is the Key

The Bible reveals to us God’s commandments for us to live moral lives. Revealed understanding and growing in a relationship with our Creator makes us new men and women. This nation needs God’s morality to sustain itself. The Constitution and its freedoms depend on it. We know this because we can plainly see the disastrous effects of moral relativism all around us.

Even Oprah Winfrey said, “I think what people are missing is a core moral center.” Winfrey went on to say, “Churches used to do that. It was a central place you could come to and there was a core center of values about a way of living and being in the world.” She added, “Until we can return to that, however that is, in whatever form, we will continue to be lost.”

This article includes excerpts from the authors’ newly released book, Power of the Kingdom.