The Real Racism of ‘Antiracism’: Blacks Dependent on Whites? 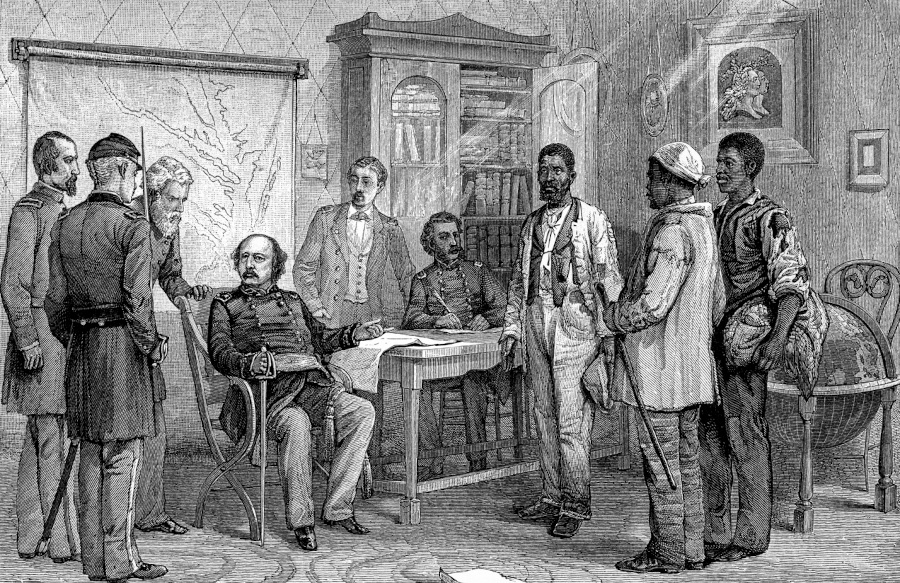 It’s buried amid the satire of a Babylon Bee article, where I suspect the author knew exactly what he was doing. Still, I had to ask myself why I’ve never seen it featured as a headline anywhere.

The article is, “Asians Asked To Be Less Successful To Stop Ruining Racial Narrative.” The joke spins on “a new campaign,” called, “You’re Not Allowed to Succeed Yet,” which is

specifically aimed at Asians but also applies to any minority doing well before structural racism is ended. The campaign has a phone number to report any successful minority, who will then be educated on how important it is that minorities wait for white people to fix things before any of them do well.

Did you catch that? “How important it is that minorities wait for white people to fix things.”

Did we just flip over to Not the Bee — “your source for headlines that should be satire, but aren’t”? I see more than a grain of truth there, in its description of “woke” antiracism. Racism is (so they say) what keeps minorities back. White people are responsible for all the racism in the country. Minorities will be kept back eternally, unless and until white people fix racism. Which might take an eternity anyway.

The Woke Message: Minorities Must Wait for Whites?

I wouldn’t want you to read that too closely, as if every “woke” person in the country (let’s call them wokeoids for short) would put it exactly that way. Not every wokeoid. Not exactly that way. Just a lot of them, and to a very close approximation.

Whites are to blame, they say, for all the racism that holds minorities down. More perniciously, it’s whites’ institutions that do it, and have been doing it since 1619. (If this were The Babylon Bee I’d have added, “since 1619, when slavery was first invented.”) It has been going on so long there’s no way out of it. Racist whites built racist institutions which built more racist whites who built more racist institutions. Whites still hold the power, so the mess won’t get undone unless whites undo it.

So it’s out of minorities’ hands. They have to wait for white people to fix things. Dare I write the next line, the one that obviously follows from there?

Yes, Racism Has Had Systemic Effects

Not yet. I want to be sensitive here, as much as I am able. I am fully convinced that on the whole, Americans who are not white face certain sorts of headwinds that I do not. It blows against them in their schooling, their jobs, their encounters with authorities, and more. I do not think these obstacles are constant, universal, or monolithic, but I do believe there is a constant, universal awareness among minority members that they are not the dominant culture, a sense they carry like a weighted-down backpack.

And I believe white Americans down through history have been responsible for creating the conditions that cause blacks and other minorities to feel this weight. Some of those conditions are so thoroughly baked into the American economy, politics, and culture, it’s perfectly appropriate to call it an institutional problem.

But No, It’s Not “Institutional Racism”

I do not, however, believe in institutional racism. One reason (my second one is even stronger) is that the word racism is best reserved for a form of immorality, and institutions can’t be immoral, only people can. We may speak of things being immoral rather than persons, but that’s shorthand, for convenience’s sake. An immoral law is one that supports persons in doing immoral acts. An immoral book is one which leads the reader toward immoral thoughts or actions. The law and the book are both records of some persons’ past immorality.

Meanwhile, though, systemic effects of long-lasting racism do indeed survive. It’s one of only two possible explanations for the huge variances we see between the races, in economic status, housing conditions, employment numbers, crime rates, and family situations. The only other possible reason for it would be widespread differences in the quality of choices people make: family, education, work, career, spending, and so on.

Not Just One Group’s Responsibility

But that’s all too complicated. Let’s simplify the options. It’s (A): The headwinds black Americans face come from the system effects of whites’ racism through the centuries. It’s whites’ responsibility (including whites who lived very long ago). Or it’s (B): It’s about poor life decisions some blacks tend to make: It’s blacks’ responsibility.

Either that, or it’s (C): Both of the above; it’s whites’ and blacks’ responsibility, both at the same time, to one degree or another. And that is of course the only answer that’s even possibly true. One-sided answers are never true answers; the world is too complicated for that.

The “woke” message contains the embedded racism of, “It’s out of minorities’ hands. They have to wait for white people to fix things. They need white people to take care of them.”

Therefore it’s up to whites to stop it. Or in other words, to fill out the message I dared not finish earlier, “It’s out of minorities’ hands. They have to wait for white people to fix things. They need white people to take care of them.”

I do not believe that. I was nearly retching inside as I wrote it. It’s incredibly evil. And yet I think that’s the very message hidden inside the “woke” preaching of institutional racism. So this, then, is the second reason I reject the “institutional racism” term: I’ve thought it through to the bottom, in the way wokeoids too often use it, and I find it so unspeakably wrong it makes me ill.

Yes, where whites have power and influence to reduce the systemic effects of age-old racism, we should do that. We must do it. At the same time, though, to hold whites and their institutions responsible for all racial differences is to keep blacks’ lives subject to whites’ decisions.

There’s only one situation where one group’s experience so totally depends on another group’s behavior. It’s called slavery. “Woke” antiracism doesn’t go that far, but it’s got way too much in common with it. It’s racist. It’s hateful. And it’s wrong. It’s time for blacks and whites to rise up together against it.