In his latest book, Kendall explains the three types of fear. 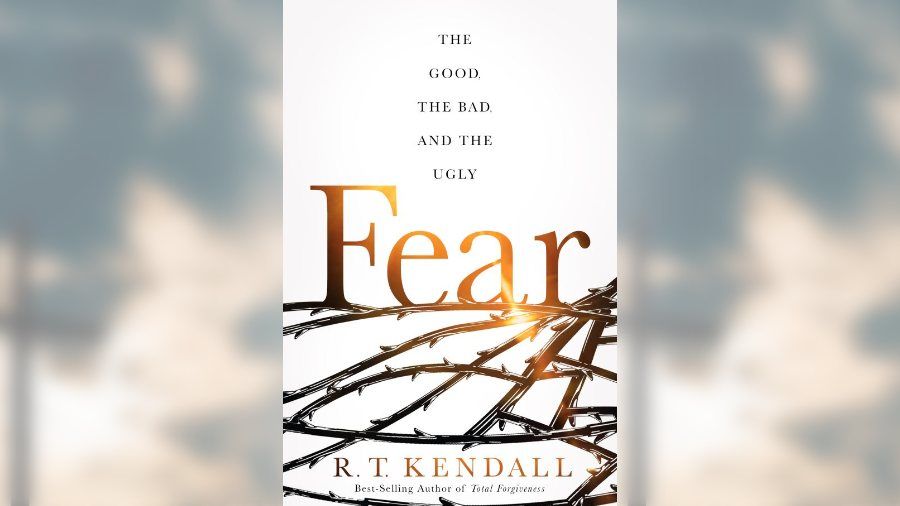 The good, the bad and the ugly. Those represent the three types of fear, according to preacher, teacher and author R.T. Kendall, who borrowed the line from a movie title for his latest book. The good is the fear of God, the bad is the fear of man and the ugly is satanic fear. Kendall hopes that people who read his book will want to please God more than ever. He wants readers to “do what the Lord wants you to do.”

The Fear of God

Too many of us have no fear of God, in part because we don’t hear anything about it, Kendall told The Stream in an interview. “[T]here’s no sense of fear of God in the nation or the church. And I think we must not lose the sense of fear of God. After all John 3:16 — everybody knows backwards and forwards. In the middle of it: Those that believe in him shall not perish. So you’ve got the sense of the fear of God right there in the Bible in a nutshell.”

Kendall also points out that the fear of the Lord is the beginning of wisdom. “[I]t doesn’t necessarily mean being afraid of Him … but mainly … a sense of awe and desire to please Him.”

The Fear of Man

Kendall describes a fear of man as trying to please people we don’t even know. “The fear of man is a snare,” said Kendall, quoting Proverbs 29:25. “Instead of trying to get God’s opinion, they wonder how his will play with [their] friends. … We can miss what God is in because we are afraid of what people will say.” Kendall continued:

Our God has an opinion on everything. The trouble is, we don’t want His opinion. We’re afraid it’d go against what we want to do. And so, it comes down to wanting God’s will more than trying to please people.

Satanic fear isn’t so much the fear of Satan as it is “the fear that Satan will engender in you, if you fall for the fear of man.” The devil wants us to worry about what others want. But anxiety will result. “And it becomes oppressive.” People live under oppression because they listened to the devil when the devil was tempting them to do the wrong thing but end up with a fear of people that is doubled.

“There are basically two levels — oppression and possession. And oppression is the devil from without, driving you to anxiety at a deep level. The worst scenario would be possession. Hopefully that won’t happen. But that’s a possibility. And the person like that, it’s like the man with many devils, he was afraid when he saw Jesus. So the devil himself lives in fear. And so you begin to have his kind of fear. The book tries to get people to fear God. That way you won’t worry about the fear of man.”

Many Christians don’t believe that Satan can oppress or possess anymore. “Are we so naive to think that doesn’t exist today? Did the devil just go to sleep after the first century? Well, certainly not. We need to be aware of how the devil can show up. He could show up as an angel of light, which means he’s not so obvious. And so, I talk about that and then the devil can come as a roaring lion and we need to be aware of his ways. The devil would want you to go from one to two extremes: either don’t believe he exists at all or, talk about him all the time. He would like that. But the apostle Paul said, we’re not ignorant of his devices, his schemes. So I think the Christian should be educated in the ways of Satan without giving him too much attention.”

Do What the Lord Wants You to Do

Kendall added: “If you have a love for God — the fear of the Lord is the beginning of wisdom — then you will circumvent fear of man. It won’t even enter your radar screen. You just want to do what the Lord wants you to do.”

Kendall’s latest book can be bought on his website, rtkendallministries.com, Amazon and wherever book are sold.