With a week to go to Election Day, here's a rundown on the latest midterm action. 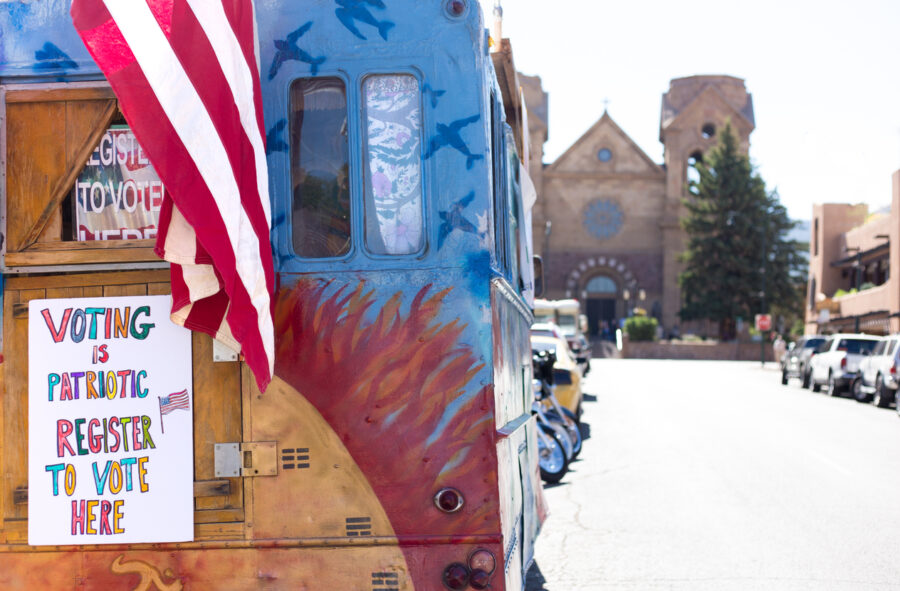 We’re in the homestretch of the midterm elections. The finish line’s just a week away … well, except for Pennsylvania where the Secretary of State is promising the count there could go for days.

Let’s grab some of the latest news on races and forces that could shape how the election turns out.

Elon Musk is already moving to level the playing field. Bloomberg reports this morning that Musk has dramatically reduced the number of employees that have access to the content enforcement tools used in the past to police “misinformation” … that is, hamper conservative voices and stories that could negatively impact liberal candidates and administration narratives. Whereas hundreds used to have access to do whatever dirty business, that number is now down to 15.

Most people who work in Twitter’s Trust and Safety organization are currently unable to alter or penalize accounts that break rules around misleading information, offensive posts and hate speech, except for the most high-impact violations that would involve real-world harm, according to people familiar with the matter.

The chances of bombshells like the Hunter Biden laptop dropping into a deep hole will drop dramatically. Of course, applauding the possibility of a level playing field at Twitter is a Threat to Democracy.

There is More Than One Way to Fix a Cat

We learned yesterday the extent to which DHS and FBI conspired with Big Tech in the 2020 election, and continue working together to quash information harmful to the Biden Administration. With Twitter now under Elon Musk’s control and the chief censors shown the door, that avenue is somewhat blocked. But don’t worry. The Administration figured another way to sway upcoming elections.

They are using federal funds to prop up voter registration with population segments more likely to vote Democrat. Just the News has the story.

Congressional investigators have obtained evidence that the Biden administration has launched a sprawling effort to use federally funded job training and food stamp programs to register new voters in Democrat-skewing demographic groups such as young adults and Native Americans, fueling concerns the federal government is placing a partisan thumb on the scales in the midterm elections.

This seems like a clear violation of the Hatch Act, prohibiting civil service workers from engaging in certain election activities at all, let alone partisan activities. But ask Biden about the Hatch Act, he’ll tell you how he was raised on a chicken farm, up at dawn to collect the day’s eggs.

Newsbusters: 87% of Coverage of GOP Candidates by Mainstream Media is Negative

Oh for the days of Walter Cronkite and David Brinkley. Newsbusters has analyzed the midterm coverage of ABC News, NBC News and CBS News. 87% of their coverage of GOP candidates has been negative.

Dr. Oz gets off lucky. His coverage is only 82% negative.

Hershel Walker? His coverage is 89% negative. And he’s running against a slumlord accused of running over his wife.

Yo, Kathy. Tin foil doesn’t go with your coloring.

MAGA Republican congressman Lee Zeldin has Dem incumbent Kathy Hochul on the ropes. A new Tralfager poll shows Zeldin with a slight lead. Hochul isn’t helping her case. In last week’s debate she said she was perplexed why the crime that’s wrecking the state bothers Zeldin so much. (You know, a guy who was attacked at a rally and had two people shot on his front doorstep with his daughters just feet away.)

Now, Hochul’s actually declaring the spike in crime nationwide a myth, a GOP “conspiracy” spread to scare voters into thinking blue states are unsafe. Zeldin, she declared, is a “data denier.” Sure. And NYC subway ridership is down 40% because people are staying home to watch Hallmark’s 24/7 “Miracles of Christmas.”

How scared are they that Zeldin is going to knock her off? A blue check journalist named Jack Sterne is now accusing Zeldin of being an anti-Semite.

Libertarian candidate Marc Victor has dropped out of the Arizona Senate race and endorsed Blake Masters over the Democratic incumbent Mark Kelly. Vicor was only polling at 1% in new poll released Monday. However, in a state where the presidential race was decided by 10,000 votes and current polling shows a dead heat, Vicor throwing his support to Masters could be the difference.

You could say “From the Victor goes the spoils.”

Could a Republican actually win the Senate race in Washington State? Have even the soy drinkers in Seattle had enough of ANTIFA anarchists wrecking their city? A new Trafalgar poll shows newcomer Tiffany Smile in a dead heat with longtime Sen. Patty Murray.

Partisanship aside, couldn’t we use a few more smiles on Capitol Hill?

The Pittsburgh Post-Gazette, Pennsylvania’s largest newspaper, has endorsed Dr. Oz over John Fetterman. They knock Fetterman for never having had a real job and hiding his medical records. Dr. Oz, they write, is “likable, engaging, extremely smart and a good listener. Yes, he can sound like a smooth-talking salesman, but that may be what it takes to get deals done in Washington.”

The Insider Advantage poll from October 26 puts Oz up by 3. Be curious to see what new polling shows now that the effect of that disastrous debate sinks in.

Speaking of polls, Joy Reid is borrowing some of Hochul’s tin foil, claiming a GOP conspiracy of junk polls to create narrative of a “red wave.”

If you get past those headlines and dig a little deeper, you would uncover an insidious and seemingly intentional campaign from Republican-backed polling firms to flood the zone and tip the balance of polling averages in favor of their candidates, to create a narrative that Republicans are surging and that a red wave is imminent and inevitable.

It’s true. She caught ’em. And using top secret brain wave technology built by Donald Trump, they are able to also control the polling of most every mainstream news organization, convince New York Gov. Kathy Hochul that she’s now the “underdog,” persuade Barack Obama to campaign in blue Michigan and make her own colleagues Jen Psaki and Donny Deutsch “really scared about a (Democratic) bloodbath.”