Questions and Whispers of Conspiracy Surround Death of Justice Scalia 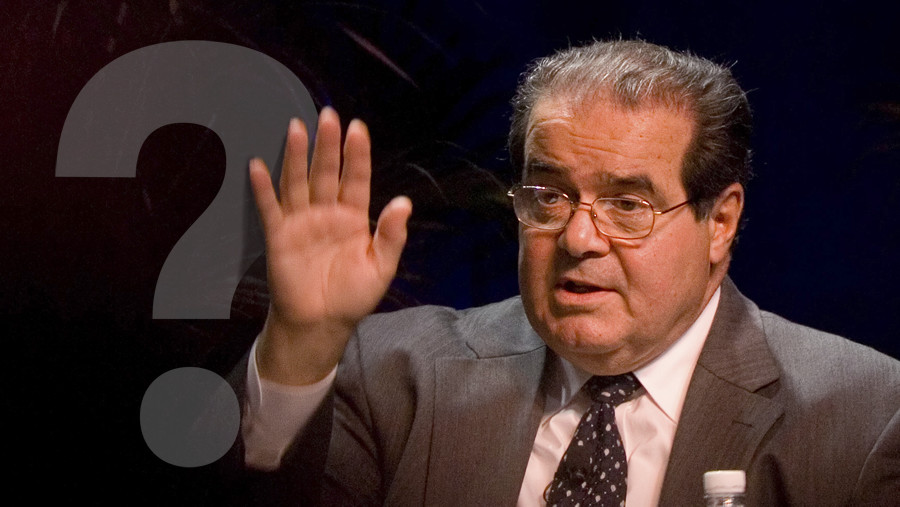 The body of Justice Antonin Scalia had barely begun to grow cold before cries of murder and conspiracy hit the web, sparked by a description Scalia had been found with a “pillow over his head” and a political climate that wouldn’t put anything past the President. (Don’t feel too put out, Mr. Obama. According to conspiracy theorists, the Kennedy’s killed Marilyn Monroe and Ronald Reagan was behind the murder of John Lennon. Imagine.)

At the very least, the Scalia case is raising eyebrows among experienced detectives, and newspapers far more respectable than the National Enquirer.

Justice Scalia was found dead Saturday in his room at a remote Texas hunting resort Cibolo Creek Ranch. “We discovered the judge in bed, a pillow over his head,” owner John Poindexter told the San Antonio Express News, “His bedclothes were unwrinkled.” It took hours to find a county official who could declare the death. Both local justices of the peace were out of town. Finally, Presidio County Judge Cinderela Guevara pronounced Scalia dead of natural causes, but did so only by phone based on information from U.S. Marshals at the scene, who told her “there were no signs of foul play.” Strange as it sounds, Texas law allows inquests by phone. Guevara also spoke to Scalia’s doctor, Brian Monahan, who informed her the Justice had suffered from several chronic conditions. The judge decided against requesting an autopsy, and Scalia’s family insisted there be no autopsy. Guevara is awaiting a statement from Monahan before completing the death certificate.

“I took a look at the (news) report and I almost fell out of my chair,” William O. Ritchie, retired head of criminal investigations for D.C. police told The Washington Post. “I used to be an instructor in the homicide school,” he said, “Every death investigation you are handling, you consider it a homicide until the investigation proves otherwise.” Ritchie is stunned that no autopsy was ordered for Justice Scalia. Retired Brooklyn homicide detective Patricia Tufo told the New York Post it is “not unreasonable to ask for an autopsy in this case, particularly knowing who he his.” “He’s not at home,” she says. “There are no witnesses to his death, and there was no reported explanation for why a pillow is over his head.” Even Presidio County Justice of the Peace Juanita Bishop says she would have requested the autopsy had she been in town. “If it had been me,” she told The Washington Post, “I would want to know.”

You have a Supreme Court Justice who died, not in attendance of a physician. You have a non-homicide trained US Marshal tell the justice of peace that no foul play was observed. You have a justice of the peace pronounce death while not being on the scene and without any medical training opining that the justice died of a heart attack. What medical proof exists of a myocardial infarction? Why not a cerebral hemorrhage?

Still more questions: “How can the Marshal say, without a thorough post mortem, that he was not injected with an illegal substance that would simulate a heart attack?” wonders Ritchie. “Did the US Marshal check for petechial hemorrhage in his eyes or under his lips that would have suggested suffocation? Did the US Marshal smell his breath for any unusual odor that might suggest poisoning?”

His conclusion: “My gut tells me there is something fishy going on in Texas.”

The Conspiracy House of Cards

On the other hand, Justice Antonin Scalia was 79-years-old. His doctor reported that Scalia had a history of heart trouble and high blood pressure and in recent days was even considered too weak to undergo surgery for a shoulder injury. As for that “pillow over his head” observation by resort owner John Poindexter that helped set fire to conspiracy theories, it must be noted he did not say the pillow was over Scalia’s face.  In fact, his very next words paint a far different picture than one would expect had Poindexter found one of the most powerful men in America with a pillow atop his nose and mouth. “He was lying very restfully,” said Poindexter, “It looked like he had not quite awakened from a nap.”

As it stands, the cause of death for Scalia will be listed as a myocardial infarction. Reports Sunday that he died of a heart attack were inaccurate. Guevara says she had only meant that Scalia’s heart had stopped. However, she does hold that the Scalia died of “natural causes.”

The window for the State of Texas to order an autopsy, or the family to change its mind, is rapidly closing. Justice Scalia will lie in repose at the Supreme Court on Friday. There are unconfirmed reports that he requested cremation. Funeral services for Justice Antonin Scalia will be held Saturday at the Basilica of the National Shrine of the Immaculate Conception in Washington, DC.

It is unlikely dark theories about his death will be buried with him.

The Power of Retreat