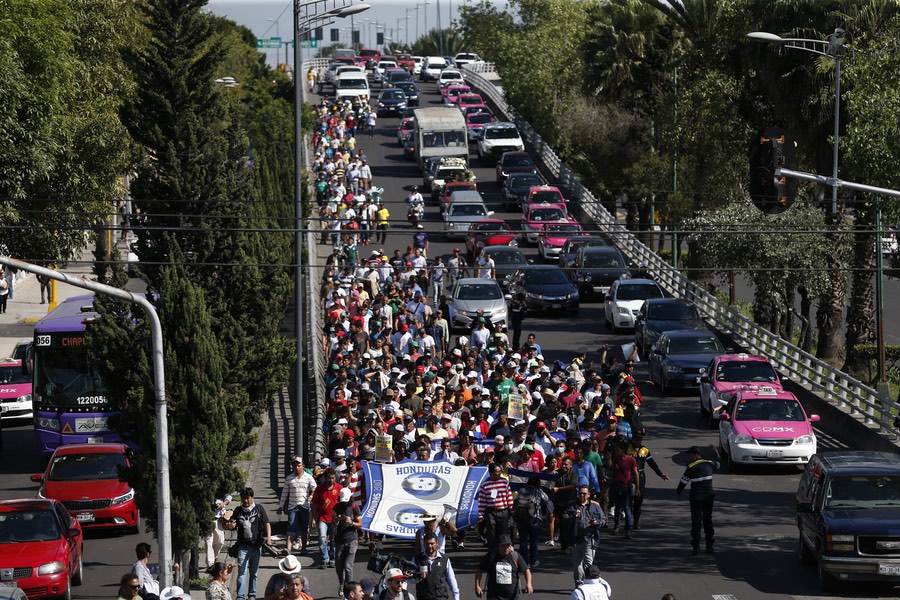 The recent events on the U.S. border have been manipulated by media, and exploited by grandstanding politicians and pastors. So much so, that I am actually hesitant to make explicit statements. I feel as if that would almost be pointless, like meeting a person who’s deaf and simply shouting at him more loudly.

Instead I would like to ask a series of questions. Please pose them to anyone who condemns the recent, moderate, humane use of force to defend American borders. See if he has any answers.

Is it wrong to use moderate force to defend a nation’s borders?

How about when Mexico does it?

Is it wrong when Congo does it?

And when Malaysia does it?

When people violate the law, do we expect officers of the law to enforce it?

Do we let officers of the law physically restrain or otherwise disable people who are violating the law? For instance, if someone gets drunk and is hurling shot glasses against the wall of a bar?

Does it matter if that person is unarmed?

Do you remember when media represented the Syrian refugee “crisis” with a heartbreaking photo of a drowned Syrian boy?

Do you know that the overwhelming majority of Muslim immigrants to Europe in the wake of that photo were military age young men? That rape epidemics have struck every country that accepted them?

Let’s say someone who is hurling shot glasses at a bar happens to have one of his minor children present. Must the police back away, and let him keep doing it?

If someone comes in to rob a bank, and brings his minor children, do we let him use them as human shields? And withdraw all police from the area, letting him leave with the money?

What other laws should we suspend, if people bring their kids when they try to violate them? Can you please make a list?

Does the American government have the right to protect those costly goods using the appropriate level of force? Or must it annul its laws? Back down when a caravan of mostly military-age young men put women and children at the front?

Does residence in the U.S. have a monetary value? As opposed to, say, living in Honduras? Are there valuable goods and services that someone breaking into the U.S. would obtain by force?

For instance, free legal representation? Thousands of dollars in aid from U.S. non-profits? The opportunity to disappear into the U.S., and work illegally, and bear children who will become U.S. citizens, and collect welfare benefits?

Does the American government have the right to protect those costly goods using the appropriate level of force? Or must it annul its laws? Back down when a caravan of mostly military-age young men put women and children at the front?

Are only the United States, or other Western countries, subject to such standards? If so, why?

The primary complaint offered by Central American refugees is the chaos in their home countries due to the collapse of the rule of law. And the failure of the government to protect private property. Should we assuage their grievances by replicating those same failures in America?

If an American parent dragged his helpless children through 1,000 miles of dangerous countryside, much of it desert, would U.S. social services intervene? Would they deprive a parent of custody as unfit? If so, then shouldn’t new arrivals at the U.S. border be subject to the same expectations?

Should parents who took their children on this dangerous journey be sent to social services to see if they are fit parents?

International law demands that “refugees” seek refuge in the “first safe country” they enter. These Central American refugees were offered asylum and work visas in Mexico. How are they still “refugees”? Please explain.

Why Is This Happening?

There is a vast economic inequality between the U.S. and Central America. Is this the result of

If 3., how will millions of immigrants from Latin America vote? Upon arrival they will be eligible for U.S. government benefits much more lucrative than the wages of 40 or 50 hour weekly jobs in their home countries. Most of them will ultimately be eligible for citizenship.

These are the questions I’d like to hear people ask. And maybe even answer.

John Zmirak is co-author with Al Perrotta of The Politically Incorrect Guide to Immigration.

What Caused the Caravan? A Report From Honduras

An Interview With Rev. Samuel Rodriguez on the Migrant Caravan and How Christians Should Respond