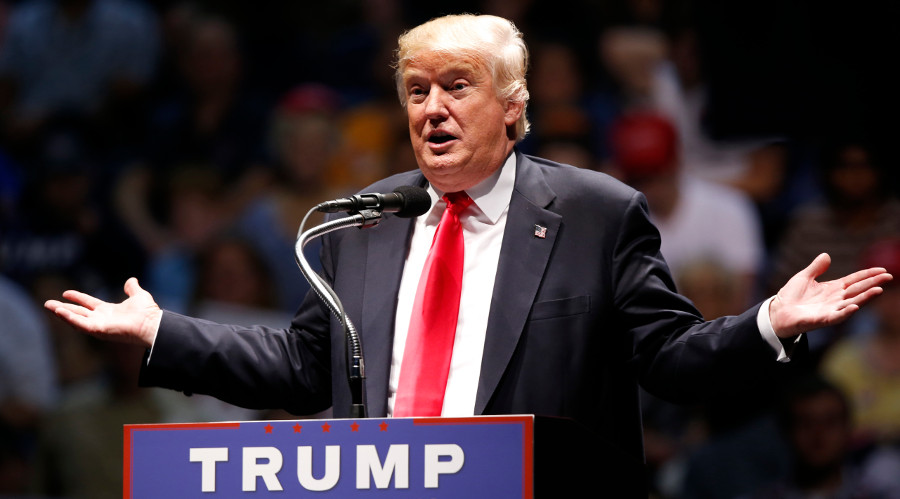 Is Donald Trump lying about his giving to charity? The Washington Post analyzed public records and statements by Trump’s staff looked at public records, starting with the tax filings of the Donald J. Trump Foundation, which was set up in 1987 by Trump to donate his own money. The records showed that Trump has not donated any of his own money since 2008. The foundation has been funded since 2008 by other donors.

The Post then looked at an internal list made by the Trump Campaign. According to this list, Trump has given $102 million in charitable donations. But this list included conservation easements on Trump properties — in other words, agreements on land use. It also included thousands of free rounds of golf given away by Trump’s courses. It was then confirmed by Trump’s campaign that none of the $102 million was Trump’s personal money.

Undeterred, Trump spokeswoman Hope Hicks told Buzzfeed, “There’s no way for you to know or understand what those gifts are or when they are made.”

Since Trump’s staff continued to insist that Trump has made personal donations, The Post surveyed 207 charities that have close ties with Trump. During a period of more that 7 years, only one personal donation showed up through his organization, and the only other one was his donation back in May — when Trump gave $1 million to a veterans’ charity to fulfill a vow he had made.

The Post raised the following questions in their investigation:

Trump’s staff has not responded to calls asking for a list of his charitable donations. Eric Trump told The Hill on Sunday, “Charity is such a big part of our company and of our lives. My father has contributed so much to what I’ve done. He contributes so much to every charity.” However, Eric has not provided any proof for this since making this statement. Trump also has an estimated $8.5 million from his ventures he promised to give to charity.

The Eric Trump Foundation has not returned any inquiries as to whether or not Trump has given money to his own son’s charity foundation. Tax documents actually seem to suggest that Eric Trump is paying his father. In a 2014 tax return, it was revealed that Eric Trump’s foundation paid $87,700 to Donald Trump’s golf course to use it for a fundraiser.

In 2014 Trump participated in the viral Ice Bucket Challenge, uploading a video of him participating in it. The Donald J. Trump Foundation gave nothing to the ALS association that year, but the question still remains as to whether or not Trump gave a personal donation. In 2012, Trump won a bidding war for signed football gear donated by Tim Tebow. Trump did not use his own money, though; he used money from the Donald J. Trump Foundation, which is donated by other people.

Old Friend of Trump Makes the Case: He’s Not Racist!