How to Love Others Better Than You Do

Jesus said to love our neighbors as ourselves. Here's one way to do that better. 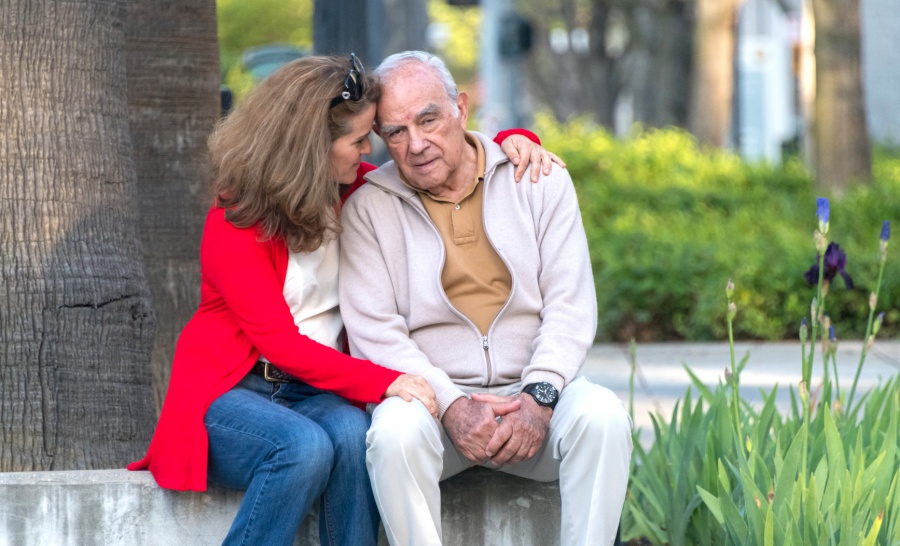 The people that had to talk, they bothered me. My sister was dying, and later died, of a cancer that created hundreds and hundreds of tumors in her spine and long bones. She suffered continuous, deep, aching pain.

I could barely keep control of my feelings, and they forced me to paste on that pained fake smile, the one you have to wear when good people try to help you. But don’t, because they can’t. The chatty ones offered what they thought were Deep Words of Comfort, when no words beyond “I’m sorry” or “I’m praying” or “I’ve been there” helped.

Some of them I came to recognize as grief predators. My sadness they took as a chance to play wise man. And then go home and tell everyone how much they helped me. Others genuinely wanted to help and thought they had something to say.

I learned something from standing at the back of the church after the funeral, with the pasted on smile. I’ve been just as chatty as they were. I was the man with the answers. I’ve written about this here. What did I learn? Just. Shut. Up.

Why do I mention this? It tells us something about being Christlike, for those of us who aren’t very Christlike. Jesus says, “Love your neighbor as yourself.” He pushed the point hard. “As you did to the least of these,” he says, “so you did to me.” An encouragement for some, a three-alarm fire warning for others.

Jesus Himself did this. We see His empathy for people all through the gospels. He knows what we go through, because He became one of us. The Apostle Paul tells us to rejoice with those who rejoice, and to weep with those who weep. Hebrews tells us that in Him we have a high priest who is able to sympathize with our weaknesses. The Apostle Peter tells us to have sympathy for others, brotherly love, and a tender heart.

Some people just love people right off. They love everyone on sight, completely, the way Jesus loves them. Even the rude, obnoxious, unlovable ones. Here’s the story of two people who love everyone.

The rest of us don’t. So for us: You learn to love your neighbor as yourself by finding yourself in your neighbor. And that’s something you can learn to do. You can practice empathizing.

After seeing her doctor about pain in her back, the writer Rachel Lu felt better the next day and wondered if the pain had been psychosomatic. She guessed that fear makes the pain harder to bear. We feel better when we know we’ll get over it. That, she wrote, “gives me deep sympathy for people who really are suffering from possibly-terminal illnesses, degenerative diseases, and that sort of thing.”

That’s the model. You begin with your own experience and then use it to see something about what others go through. We almost always have something in our experience for what others deal with. Rachel learned to empathize by thinking about people who suffer the same thing she does, but worse. I learned to shut up by wanting others to shut up.

A Thing to Practice

But we don’t always think to transfer our own experience to others. It’s not natural for us selfish human beings. We’re too focused on ourselves. It’s the kind of thing most of us have to practice.

What do you do? When anything upsets you, bothers you, hurts you, worries you, just try to think of people who deal with the same thing you’re dealing with. Like grieving people assaulted by chatty people at funerals. And people who suffer pain that’s not going to end.

That may teach you what to do, or not do. Like not be the chatty person at funerals. Don’t try to speak the Deep Words of Comfort that didn’t comfort you. Just be there, the way you wanted your friends to be there.

It may teach you sympathy for the other guy. Not so much as a feeling, though the feeling’s helpful, but as a guide to action. That sympathy should have one positive practical effect: that you do what you can for him, because you have a slightly better idea what he might need than you did, and more than others who don’t have the similar experience as his.

If you can manage it, think of someone you dislike or disapprove of. That may help you dislike him at least a little less. It should help you to give him the benefit of the doubt if he fails in some way, because you have some feeling for how his suffering makes things harder. And it may keep you from judging him. If you must judge him — you almost certainly don’t, but if you do — help you temper and qualify the judgment because you have some dim idea what difficulties he’s operating under.

My experience with my chatty friends taught me something. It didn’t make me a better man, being able to empathize with people suffering in the same way. But it did make me less of a jerk. And for most of us, that’s something. And something we can practice.

Later: I added the sentence about St. Paul thanks to Ken Abbot, who quoted it in a comment.