So of course the media and Republican squishes are trying to destroy him. 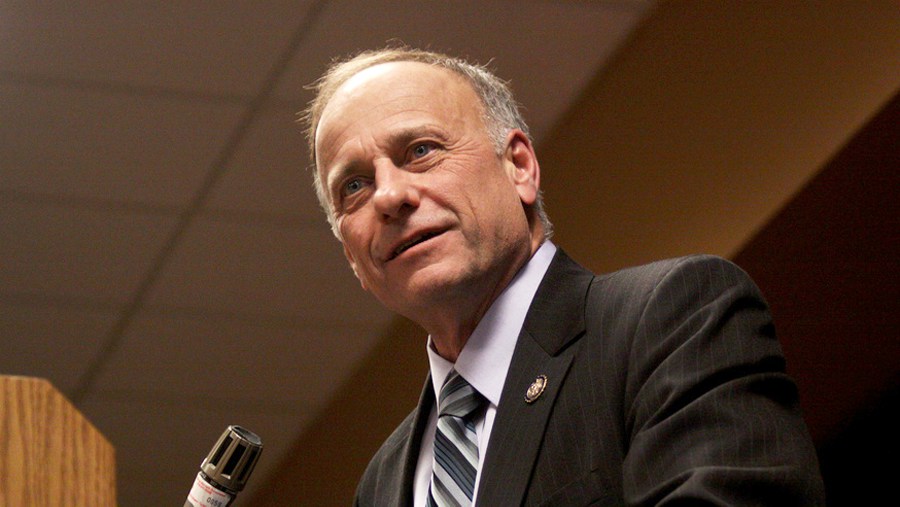 Remember Rep. Steve King of Iowa? He’s the principled conservative congressman who got the Nick Sandmann treatment from the media and trigger-happy squishy Republicans in Congress. But he didn’t have videotape to prove that they were lying, so nobody issued retractions. Read that sad story here.

Last time, the New York Times seemed to twist King’s defense of Western civilization into an embrace of white nationalist hate. This time, multiple media, including CNN, want to make him sound like a rape apologist.

King tried to personalize the issue. Instead of thinking of children of rape as some vague, amorphous “them,” he asked his listeners to consider an unsettling possibility. Namely, that some of them might be the descendants of children of rape. Even he, Steve King, might be.

Now, I’ll say off the bat that King is a straight shooter, terribly earnest, and not a master of cautious rhetoric. He ought to have known that nowadays it simply isn’t safe to say something, anything, which can be twisted out of context. Because there are thousands of scavengers ready to do exactly that. And that’s what happened here.

King Speaks Up for the Most Forgotten Americans

Rep. King was addressing a conservative club in Iowa. A fervently pro-life Catholic, King takes the tough stand that even babies conceived in rape don’t merit capital punishment for their fathers’ sins. Agree with him or not, King was speaking up for the most vulnerable group of people in America today — not just unborn babies, but those whom many pro-lifers are willing to sacrifice as the cost of saving many others. Not what you’d expect from a “white nationalist,” is it? (Given that white nationalist leaders are fervently pro-abortion.)

Nor even from a politician who’s first interested in winning. (King faces a fierce primary challenge backed by NeverTrump Republicans and other enforcers of political correctness.)

Then by way of an aside, King made a historical point. He noted the tragic fact that rape has been widespread throughout human history. The Mongols in particular raped their way across Europe, leaving Genghis Khan (their leader) the human being with the most known descendants in history. Redheads in Ireland? Historians speculate that their ancestors came as Viking marauders who didn’t take “no” for an answer.

My Ancestors, and Yours?

King used that fact to try to personalize the issue. Instead of thinking of children of rape as some vague, amorphous “them,” he asked his listeners to consider an unsettling possibility. Namely, that some of them might be the descendants of children of rape. Even he, Steve King, might be. As Rep. King said:

“What if we went back through all the family trees and just pulled those people out that were products of rape and incest? Would there be any population of the world left if we did that?” he said at in Urbandale, Iowa.

“Considering all the wars and all the rapes and pillages taken place and whatever happened to culture after society? I know I can’t certify that I’m not a part of a product of that.”

Evidently, King crossed the line. The only way our throwaway culture can enjoy meaningless sex is by “otherizing” the unborn. By driving past abortion mills as if they were ordinary medical facilities, not murder parlors. By winking as Planned Parenthood sells baby parts in Styrofoam buckets, the way KFC sells chicken parts. That’s the way to stay sane. Pretend that you think the unborn are being safely “resettled to the East.”

So King went too far. He dared to humanize, and try to make part of the human family, even his family or our own families, the least wanted people on earth.

God Brings Good Out of Evil

James Robison, the founder and publisher of The Stream, knows something about this. He openly tells his story, and told it to our Nancy Flory. As she reported here:

In 1943, James Robison’s mother was a single 40-year-old whose job was caring for a sick, elderly man. One day, the elderly man’s alcoholic son forced himself on James’ mother and raped her — and James was conceived. James’ mother went to a doctor to get an abortion for this child, this product of rape. The doctor, however, refused to perform an abortion and sent James’ mother on her way.

Getting to know and respect James has helped me see this issue more clearly. This isn’t the “easy” compromise that too many politicized pro-lifers have treated it as for decades.

Check out this pro-life group representing children of rape: Save the 1. Here’s a page of speakers who travel the U.S. for this group. Go ahead, click on the page, and look over these people’s faces. They’re as human as you, or any of your ancestors. They’re glad their moms chose life, and they speak up to humanize the unborn kids today who face a death penalty which liberals wouldn’t permit for the actual rapists.

Thank God for men like Steve King. We need more men with integrity in Congress. Though of course, they don’t really fit in there, do they? That might really be what’s behind the ongoing campaign to take him out in the first place.

Steve King is a racist, a misogynist and a disgrace to the country. He should not be a member of the United States Congress. https://t.co/QZbXSEFpdw