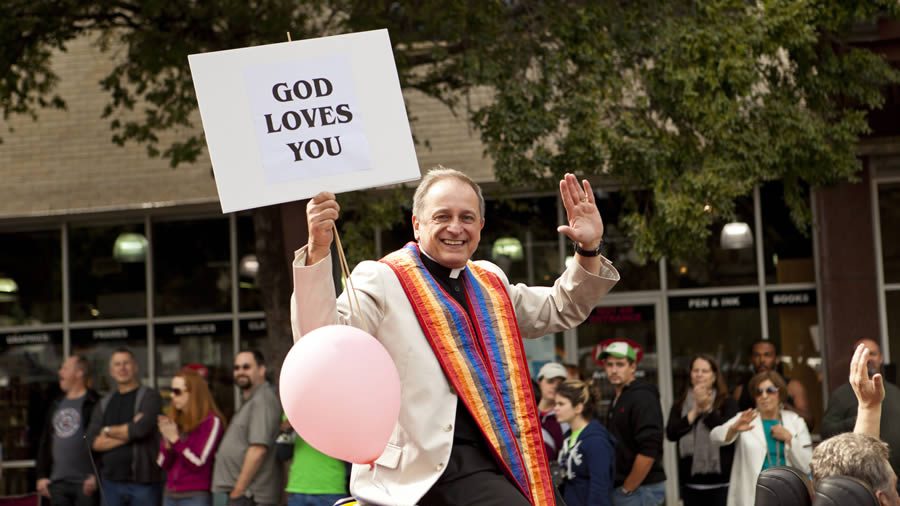 I recently blogged about research I’ve done on how progressive Christians view conservative Christians, atheists and Muslims (on the religious side), and liberals and conservatives (on the political side). I defined the difference between the two groups of Christians very simply: Do they accept the Bible as the Word of God?

A little confession is in order. I’ve been studying anti-Christian bigotry for some time. At first I thought that more unity among Christians would help. I wrote about that in my book on the subject. But I was wrong. I no longer think unity of that sort is possible, given the contrast in values between conservative and liberal Christians. So this research was an eye-opener for me.

Buying Peace for the Secular Left

Anti-Christian hatred is directed almost entirely toward conservatives, rarely toward liberals. Sure, there are a few, like Sam Harris, who will attack all people of faith. But those who are hostile toward Christians rarely direct their hatred toward believers who support their politics. So progressive Christians’ loyalty to liberal causes will buy them peace from anti-Christian bigotry. They have no skin in the game when it comes to religious freedom for Christians. Conservative and liberal Christians have no basis for unity on that front.

What About the Bible?

Appeals to unite on the basis of Scripture are also likely to fail. Progressive Christians do not share conservatives’ high view of Scripture. They also tend to place their liberal political views in the forefront, rather than spiritual concerns. They’re likely to have a hard time with arguments based on the Bible that challenge their politics. This is in contrast to conservatives, who tend to place spiritual matters ahead of politics. There’s hardly any basis for unity there.

So it looks the two groups of Christians are so different that we’re practically distinct religious groups. As we think about the sort of community that conservative Christians will need to survive in a post-Christian society, we must realize that progressives are not part of that community. That doesn’t mean they’re enemies. And we’re still called to love them. But clearly they’re not allies.

I know that others have said this before me. Now, though, we have research that documents it. We also know why some Christians will not help to build a Christian community: Their priority is politics. Their desire for a certain political order is more vital to them than religious issues.

For Practical Purposes, There are Fewer American Christians Than You Think

This leads to one more key implication. Many people argue that Christianity is a majority religion in the United States. By this they mean that Christians have more power in society than members of other religions. But this implies that Christians share a common identity. They don’t. Progressive Christians do not work together with conservatives for the good of the faith. Rather they operate with different values and often against each other.

Some argue that Christians do not suffer any meaningful bias, as the term “bias” best fits those who are minority groups. Christians are supposed to be strong enough to protect their own interests. But so many Christians hold opposing views that there’s not enough unity for that power to matter.

Granted, Christians do have some advantages in our society. But their power has often been overstated. Christians are not always able to escape religious bigotry. And in legal disputes, progressive Christians often harm conservative Christians’ standing more than they help.

In fact, progressive Christians can do the most damage to religious freedom. They’re just as willing to suppress speech and religion freedoms as any other leftist, but they can use their Christian status to do so. I’m sure you’ve heard progressives attacking other Christians’ freedoms, then excusing themselves by saying “We’re Christians, too.” So the next time you hear someone who claims to be a Christian attacking freedom for Christians, remember my research.

We need to forge strong Christian communities in a post-Christian society. By and large, progressive Christians, by their choice, will not be part of what we build. That shrinks our numbers. But it also helps us be realistic about what we can expect.

What If We Listened to the ‘Progressive’ Christians?