‘Progressive’ Christianity Is Nothing but a Political Cult 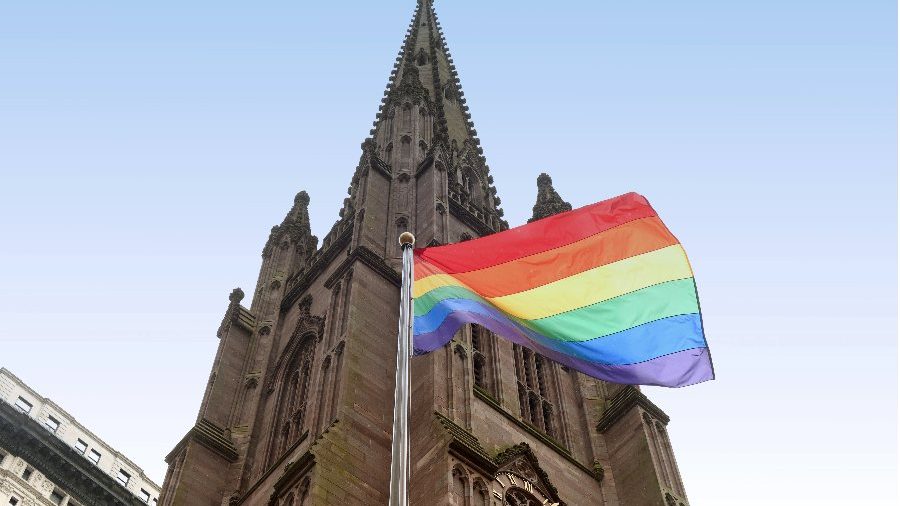 I’ve written here before that “progressive” Christianity is a burgeoning new religion. It treats the orthodox Christian faith, and even the New Testament itself, the way Marcion and his ilk handled the Old Testament. That is, it sees them as crude, outdated and primitive. Things we need to move “beyond.” Because we know better than the apostles and centuries worth of saints what Jesus “really” meant.

Or what He would have meant, if He’d had the advantage of a modern, liberal upbringing. Most don’t put it as crudely as my high school religion teacher. “Jesus didn’t have an M.A. in theology from Catholic University. I do!”

In other words, with our modern attitudes, we can be More Christian™ Than Jesus.

But give that teacher credit for being candid. That attitude pervades liberal theological circles. We see it in LBGT activist Jesuit Fr. James Martin, who seeks to conform the faith to the world rather than the other way around. We see it in any churchman, scholar, bishop, or pope who treats the words of Jesus Himself as Pharisaical rules we must nuance till they don’t offend us. Because we know better, you see. We have progressed so much further than those first century peasants.

Carve Up Your Bible for Political Slogans

Once we have, we can take the New Testament and make it more user-friendly. We can snip out (or better, ignore) its focus on recognizing Jesus as God, converting and baptizing people, and preparing for His second coming. Instead, we can cherrypick moments, and phrases, that fit our political impulses. That help us accumulate power via the state to enact utopian programs. Rather than build up the Kingdom among believers, we can make this earth a heaven, a sanctified Babylon with a rebuilt tower of Babel mounting up to the sky.

Once you unhinge your faith from the words and example of Jesus? It’s easy to transfer your messianic fervor to dubious worldly causes.

A key psychological trick that progressives use to win over faithful Christians is this: They arbitrarily choose some attributes of Jesus and make of those a fetish. In so doing, they ignore vast swathes of what He said, did, and commanded.

The “Christian” worldview produced by this heavy-handed rewrite of scripture and tradition is handy for activists. It directs one’s religious energy, sentiments, and thinking away from heaven, the next life, or God. We even stop thinking of our neighbors’ eternal souls, and our duty to edify them by gentle word and good example.

Instead, we look to the earth. We brainstorm how we could improve it to suit our private hijack of the Gospel. If we could just grab enough power. You know, by organizing and influencing, guilting and manipulating, our neighbors into following us.

The one thing we do keep from our religious toolkit? Righteous indignation. That comes in handy.

Brainless Zeal on Both Sides of the Tiber

Let me offer two cringe-inducing cases of these tactics put into practice. One’s Protestant, one’s Catholic, but each hinges on the crucial topic of immigration. As I’ve written before, because of how most poor immigrants vote, that issue will determine our country’s future. If a few more states flip blue, religious liberty, unborn life, and every other crucial social issue will be dead. They’ll be as settled for evil as they are in Western Europe. The Church will be hopelessly marginalized, and leftist secular values imposed by law, and courts, and the cops.

How do progressive Christians react to that prospect? They wave it away with hysterical rhetoric. And pretend that declining to allow some people to move to America is akin to murdering them in the womb. Or putting them into death camps.

You think I exaggerate? Check out the following news via Campus Reform.

A speaker invited to speak about religious matters at a Michigan Christian university encouraged students to make their home churches “sanctuary sanctuaries” to aid illegal immigrants in evading law enforcement, citing his discovery that ICE typically will not raid a church.

James Standish, a speaker for the Oct. 17 semi-required religious event at Andrews University, a Seventh Day Adventist college, used his speaking opportunity to promote his political views from a religious perspective. Among other issues, Standish urged for the use of churches as “sanctuary sanctuaries” to shelter illegal aliens from deportation.

Standish drew moral parallels between those currently harboring illegal aliens, the Underground Railroad, and those who hid Jews during the Nazi era.

Don’t feel left out, Catholics! The pink fog of post-Christian hysteria pervades our churchmen’s brains too. Some 24 U.S. bishops, including key Vatican cardinal Peter Turkson, gathered in 2017 for a conference. The organizer? A radical leftist, George Soros-funded group called PICO. In the manifesto they signed, they made a long list of crackpot demands. The most relevant here are these two:

Once you unhinge your faith from the words and example of Jesus? It’s easy to transfer your messianic fervor to dubious worldly causes. The patina of religion grants you permission to ignore rational counter-arguments, or sane prudential objections. You can preen as a prophet in the desert, “speaking truth to power.” Meanwhile, you cash checks from Soros or the Ford Foundation, and serve the same agenda shared by billion-dollar corporations, the mainstream media, the Ivy League, and our country’s financial elite.

You get to kneel before Caesar while preening as a martyr in the theater of your mind.