What Exactly Is the ‘Problem’ with Evangelicals and Politics? 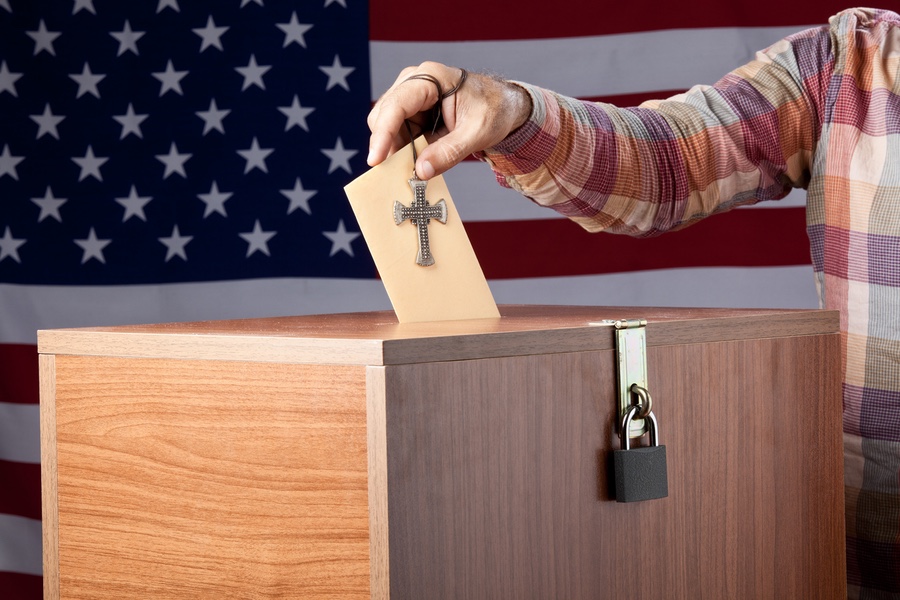 Surveys and pundits keep saying that people dislike evangelicals’ involvement in politics. Frequently it’s framed as a problem with our witness for Christ. Onlookers claim that more people would actually come to faith in Him if evangelicals would quit doing so much politicking.

But I’ve got a question: Could someone explain to me just what the problem is here? Sure, we’ve all got our inconsistencies; we all make mistakes. But I keep hearing there’s something systemically wrong, right at the heart of what evangelicals hold dear. And that’s the thing I wonder about.

I’m not saying there isn’t any issue. I know it’s there, at least in perception; no doubt about that. But I can’t put my finger on precisely what that problem is. None of the potential explanations make sense to me, when I look at them closely. Let me illustrate with four of them.

1. “Christianity should have nothing to do with politics.”

For some Americans, religion is a heavenly matter that has nothing to do with worldly affairs. Others will accept it as a private practice for home or church, but want it kept it of the public square where it might impact or influence others.

The Bible teaches a religion of public involvement; it’s actually a matter of Christian doctrine.

But the Bible teaches a religion of public involvement; it’s actually a matter of Christian doctrine. And in a democracy, that necessarily includes political involvement. So when people tell Christians we should keep our religion out of our politics, they’re imposing contrary, un-Christian views on us.

So if we follow the Bible’s teachings on this, how does that harm our witness?

2. “Evangelicals can do politics all they want, but why don’t they do ___ instead?”

The answer to that is easy: We do. We don’t do it as publicly as we do our politics, but that only makes sense. Politics just is a public activity. These other caring acts are better done one-to-one, or at least on a community level.

But maybe it isn’t our involvement in politics that bugs people. Maybe it’s the policies we tend to stand for.

All of that’s easy to re-phrase in negative terms: “Anti-choice. Homophobic. Uncaring. Racist. Xenophobic.” From inside evangelicalism, though, it looks a lot different than that. We make every effort to explain the caring and convictions that motivate our policy choices. But we keep getting shouted down.

Should we give up, then? This, too, makes little sense to me.

But maybe the real problem is our support for Donald Trump. (Forget for a moment that people were telling us, “Stay out of politics!” before Trump entered the picture.)

Here’s how the line goes: Evangelicals came down hard on Bill Clinton for his sexual misconduct, but we’ll give Donald Trump a pass for his — along with his disrespectful treatment of minorities, the disabled and so on. So although we may pretend we care about morality, all we really want in a politician is someone who’ll help us to have our way.

But that doesn’t make sense, either. Granted, we tend to support Trump as president. I don’t think that’s hard to explain. We support a lot of his policies, pure and simple — a lot more than we would have Hillary Clinton’s.

Meanwhile I don’t know any evangelical who’s happy with his misconduct. It’s wrong. It’s set a bad example for every person he influenced as a businessman, as a TV star, and now as the president. Unlike Bill Clinton, however, Trump did it before he entered politics, and there’s every reason to believe he has now ceased.

Can’t a person actually think two things about a leader at the same time?

His disrespect toward others as humans? Bear in mind, I’ve also heard stories of his respecting people, more than most of the public knows. Still, when he gets it wrong, I cringe, and I call it wrong. So do the great majority of evangelical leaders.

Again, I have trouble understanding how this harms evangelicals’ witness. Can’t a person actually think two things about a leader at the same time? Can’t anyone hear us when we explain (repeatedly!) that this is what’s going on in our view of the president?

Feel Free to Explain It, Please

I know my answers here might seem defensive to you. In reality, no; the truth is, I’m baffled instead. It’s easy enough to guess why people think there’s a problem with evangelicals and politics, but I have trouble seeing how those answers make sense, once you take a second look at them.

So what am I missing? Where, exactly, is the problem? I don’t want Christians doing anything that would stand as a barrier between unbelievers and Jesus Christ. People say our politics have become that kind of barrier. That implies we should do something about it.

If you’ll help us define that problem in terms that make sense, maybe we’ll know what we should do about it — as long as you don’t expect us to give up our convictions, so we can convince others to join us in them. That wouldn’t make sense at all.