“A powerful lobby has taken over our party,” says activist Terrisa Bukovinac. She and other liberal leaders will gather for a pro-life rally in Houston prior to tonight’s Democratic debate. 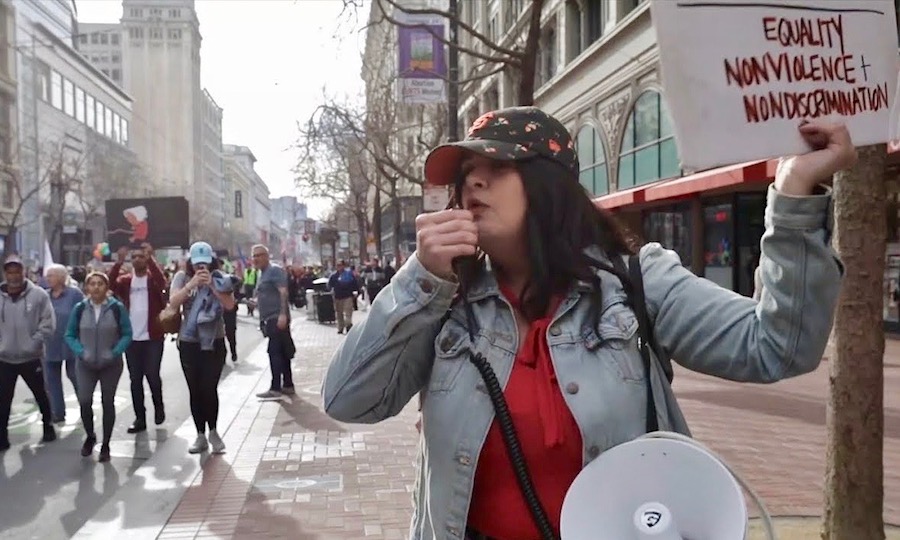 Founder of Pro-Life San Francisco, Terrisa Bukovinac will speak at a pro-life rally on Thursday in Houston, Texas. Their rally will take place at Texas Southern University, the site of this evening’s Democratic Debate airing on ABC.

On Thursday evening, ten Democratic presidential candidates will take the stage in Houston, Texas. Just hours prior, pro-life liberal leaders are gathering to protest their lack of inclusion in the party.

“We want the voices of the people to be heard, and we’re calling upon our party to represent us,” said Terrisa Bukovinac in an interview prior to the rally.

Founder of Pro-Life San Francisco, Bukovinac will be among a half-dozen committed Democrats who nonetheless disagree with the party’s shift to pro-abortion activism in recent years. While she is nonreligious, clergy will also be represented at the rally.

“As ones committed to the principles of the Democratic Party, we are calling on our leaders to be inclusive of pro-life ideals,” said Reverend Bruce Nieli, a Catholic priest based in Austin, Texas. “Listen to those of us who are also concerned about the rights of mothers and their pre-born babies.”

Convened by the Pro-Life Democratic Candidate PAC, the rally will take place at 5 p.m. Central Time on the campus of Texas Southern University where the Democratic debate will occur. It will be live-streamed online.

“If the pro-life movement only represents faith-driven conservatives, it will continue to lose millennial votes to the far left.” – Terrisa Bukovinac

Their protest comes after recent moves by party officials and every major Democratic candidate to shore up pro-choice, abortion-up-to-birth-and-beyond ideology as a hallmark of the Democratic Party. DNC chairman Tom Perez famously proclaimed support for abortion rights as a litmus test for the party.

However, public opinion has been trending away from such a hard stance — including among Democrats.

“Poll after poll says the vast majority of Democrats and millennials want to see abortion more restricted than it is now,” said Bukovinac. “Yet in this field of candidates, there are zero options for anyone who takes even the most moderate position on abortion.”

How the Democratic Party Has Shifted

In February 2019, the Marist Poll found an unexpected 34 percent of Democrats self-identify as pro-life. Even more surprising, 88 percent of all Americans express support for at least some restrictions on abortion. Recent Gallup polls have also aligned with these findings.

Why then has the national party shifted to pro-choice activism? While pro-life Democratic leaders lament the dominant platform, they are not oblivious as to its sponsors.

Religious and Skeptical Together

For Father Nieli, his involvement in the Democratic Party stretches back decades. He served for years as the “West Side Padre” in the Manhattan borough of New York City.

“I’ve worked most of my life with the poor and people of color,” said Nieli. “We Democrats used to say we ‘stand up for the little man.’ Who could be a littler man or woman than the baby in the womb?”

A priest for the past 46 years, Nieli recalls the 1971 Women’s March for Life. Few in the movement today know that pro-life Democrats were a significant force early on.

“My home church on Long Island has been involved from the beginning, including organizing the first March for Life to New York City,” said Nieli.

“We protested Governor Rockefeller’s liberalized abortion law, prior to the Roe v. Wade decision. A woman from my parish even ran for president in 1976.”

Carter won the presidential election and served one term. After another run as a third-party candidate and years of advocacy, McCormack died in 2011.

Her views are today echoed by activists like Terrisa Bukovinac, a steadfast atheist whose says foundational human values ground her pro-life views.

“To me, this isn’t about religion or politics,” she said. “It’s about being consistent, because the values of equality, nonviolence, and nondiscrimination are ones that most Democrats hold.”

Bukovinac contrasts the two camps. “The pro-life position is completely consistent with these values, whereas the pro-choice position is not,” she said.

“A powerful lobby has taken over our party,” said Bukovinac. “Financial backers are pushing for widespread abortion-on-demand without apology. It doesn’t represent the actual interests of the people involved.”

On June 22, twenty Democratic candidates — including all ten set to appear in tonight’s debate — spoke at a forum hosted by Planned Parenthood Action Fund.

According to Open Secrets, this national advocacy group has already doled out over $253,000 in support of 2020 Democratic political candidates.

At the “We Decide” forum in Columbia, South Carolina, every candidate expressed full support for the agenda espoused by Planned Parenthood.

This included a commitment to topple state pro-life laws.

However, the lone pro-life Democrat in the House, Rep. Dan Lipinski of Illinois, again faces well-funded opposition in his upcoming election.

“They must be persuaded that there are other options besides Planned Parenthood,” said Nieli. “I hope and pray that some of them will change their minds.”

Every one of the pro-life Democratic leaders rallying in Houston seem to have stories of personal sacrifices due to their countercultural stand.

“I’ve lost friends,” said Bukovinac. “I’ve lost opportunities in dating. It’s very difficult. Being a pro-life atheist in San Francisco can be a very isolating experience. But I [believe] human rights must extend to the most vulnerable of our communities.”

For Nieli, he remains a card-carrying DNC member — even a part of their elite Leadership Circle.

Despite his party’s recent moves against people of faith and shunning pro-life views, he says the increasing diversity of the pro-life movement makes it a force to be reckoned with.

“Catholics and evangelical Protestants used to be separate islands, but now there is a real unity,” he said. “That’s a lot of clout politically. If Democrats don’t listen to that, we might as well forget it.”

Bukovinac urges the faithful majority among pro-lifers to not forget the secular minority like herself. She points to how many millennials seem to have rejected organized religion as a reason to amplify diverse voices.

“Even atheists like me want faith communities to grow,” said Bukovinac. “But we want more visibility for the young people whose minds we need to change.”

She concludes: “If the pro-life movement only represents faith-driven conservatives, it will continue to lose millennial votes to the far left who remain pro-choice on demand, without apology.”

Watch the pro-life Democratic rally in Houston at 5pm Central live online. Learn more in the video below. Explore The Stream’s complete coverage of human life issues, and sign up to receive top stories every week.