To Pro-Choice and EU Elitists We are Merely Cattle

No wonder they're willing to make money selling body parts from “veal.” 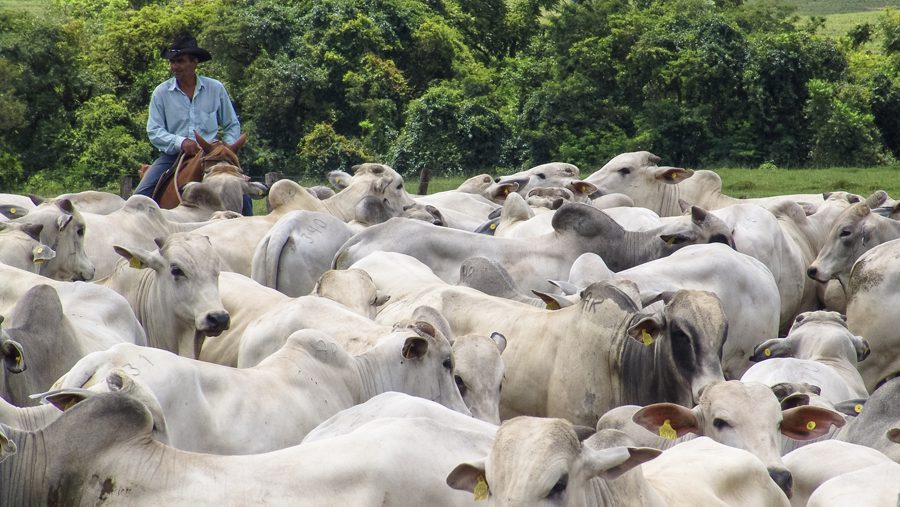 The Washington Post‘s Wonkblog held up British voters’ decision to escape the Kafkaesque conspiracy that is the European Union before its iron door slammed shut as proof that “some things just shouldn’t be decided” by the people. The European Union is built on such a sentiment, since its whole reason for existing is to pry away sovereignty from voters. Indeed, when the EU has its way, not only popular referenda, but even parliamentary votes are off the table, replaced by classified negotiations among bureaucrats appointed by oligarchs. For details of just how anti-democratic, corrupt, and self-serving the EU really is, see Stephen Meyer’s piece here at The Stream, which I summed up in under 140 characters:

The #EU: Because you KNOW all your laws should be made in secret by appointed foreign bureaucrats who can’t be fired.

The EU does more than tell Frenchmen how round their cheeses must be. It grabs for the levers of power on all the crucial questions of life: forbidding Europeans from even voting on capital punishment, flooding sovereign countries with hundreds of thousands of military-age Muslim men — and most recently, ordering pro-life Poland to legalize abortion.

That is one of the many, many questions which our own would-be masters consider too important to be decided by the people. So the Supreme Court ruled yesterday, telling Texas voters that they have no right to demand that abortion clinics meet better hygiene standards than tattoo shops and massage parlors. So the likes of Kermit Gosnell are welcome again in Texas, and who knows? If Hillary gets elected, maybe she can pardon him and appoint him Surgeon General.

President Obama knows that we are incompetent to choose correctly how to deal with “transgender issues,” so he chose to rule by decree — threatening to bankrupt school districts that protect young girls’ privacy via single-sex bathrooms and showers. And a year ago almost exactly, the U.S. Supreme Court ruled that voters in 50 states should have no say in their own marriage laws.

It is all part of a pattern, which should be crystal clear by now: There’s a class of people out there who consider themselves inherently superior to the rest of us, with such a vast gap separating them from the rest of the human species that they are essentially farmers, while we are livestock. As Charles Murray documented in The Bell Curve, this class long ago stopped interbreeding with us — bestiality being a kink too far. (What are we, Canadian?)

What should we call these “better people”? Herrenvolk or Übermenschen might be a tad too obvious. New Atheists floated the label “Brights” to denote those who agreed with them, but that came across as pathetic, like a meeting of unemployed MENSA members in the basement of a failed Unitarian church.

How about “Citizens of International Business Class?” (CIBC) Pronounce it “SI-bic.” That nicely identifies the scope of their broad-minded globalism: a quest for exotic pleasures without exotic ideas, for the frisson of the “foreign” without ever leaving their narrow comfort zone (or “safe space,” as they call it). They effuse about encountering “the Other,” but every face they see is little more than a mirror — which makes the sex even better, or so I’m told.

The CIBC-minded around the world are here and ready to help. They will step in and write our laws through the courts, decide which colleges are too extremist and must be closed, and police our speech even when we’re on campus, lest we injure ourselves or others. They will censor our social media, and set up re-education camps to train us when we step out of line. They know what is best for us, you see — no matter that they get their facts wrong (catastrophic climate change), make absurd predictions (Venezuela’s glorious socialist future) or flout science altogether (gender and species as “social constructs”).

The CIBCs are better by definition, by their identification with a noble set of ideals called Multicultural Hedonism, which Jason Jones and I explained yesterday at length, but boils down to little more than “Sex is fun. Saying anti-racist things will help you get more of it.” To learn this, they had to get degrees at Wesleyan or Marquette, in subject matters that don’t require learning math or foreign languages.

Sometimes these people slip up and reveal their contempt a bit too overtly, too soon. The scathing, one-sided media reaction to Brexit was one example. In a global hissy fit worthy of Gollum clutching desperately for his Precious, reporters like Christine Amanpour depicted the majority of British voters as knuckle-dragging skinheads, while news sites like MSNBC reported on the vote as if a meteor had landed right on London.

Another Whoopsies! moment for the CIBCs occurred yesterday, when their main source of news and policy insight, Comedy Central, responded to the Supreme Court’s “Hey Gosnell, All is Forgiven!” decision with this little nugget of wit, displaying the fathomless scorn of CIBCs for the moral sense of us cattle:

Celebrate the #SCOTUS ruling! Go knock someone up in Texas!

What’s next on Comedy Central? Saudi Arabia’s Funniest Botched Executions? How about Blind Bastards Falling Down Spiral Stairs? Or Wackiest Anne Frank Jokes of 2016? That last one might suit anti-Semite Trevor Noah, come to think of it — I probably shouldn’t give him any ideas.

The CIBCs are making one thing blindingly obvious: They do not consider us fellow citizens and fellow human beings with whom they disagree. They see us instead as enemies, as dangerous primates who have inexplicably been granted the right to vote and carry weapons. And they aim to make the world safe from us, to render us helpless and harmless, like a herd awaiting the slaughter.

At the Moment, Kavanaugh is Probably Best Confirmable Judge for the Supreme Court