The War Room actress needed surgery to remove a nodule with 'dangerous irregularities.' 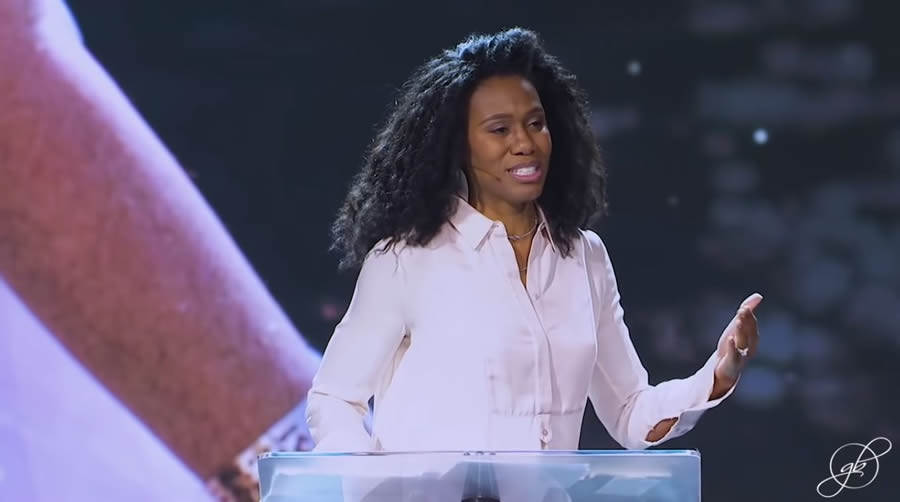 Update: Jerry Shirer, husband of Priscilla Shirer, has posted a new message on Facebook concerning his wife and her surgery:

My bride put out a message last week about a procedure she had on Monday.

Surgery went well. …
Doctors are pleased.
We are so grateful for your prayers.

Actress and Bible teacher Priscilla Shirer had surgery Monday to remove a lobe in her left lung after doctors found a nodule with “dangerous irregularities.” Faith leader Beth Moore posted on Instagram after the procedure that the surgery went “very, very well,” and that Shirer is recovering “well.”

Shirer, daughter of Tony Evans, had previously revealed on Facebook that doctors had discovered the nodule three years ago. “Several pulmonary specialists and I have watched it meticulously since then,” she continued. “This past summer, it was clear that something surgical needed to be done as the nodule had begun to grow and show signs of dangerous irregularities.” Her mother, Lois Evans, passed away recently due to a rare form of cancer and Shirer said the past few months were difficult for the family.

“For those reasons, the surgery was delayed but I cannot put it off any longer without jeopardizing my own health,” Shirer explained. “So this Monday, 1/13/20, surgeons will be removing an entire lobe of my left lung. Thank you for praying for me and for our entire family. We refuse to cave to fear, anxiety or a decrease in faith … because, well … ain’t nobody got time for that!”

Moore and faith leader Christine Caine went to the hospital in Dallas, Texas, to intercede in prayer for Shirer. They marched around the building and prayed during the operation.

“I’m going to just give you the very basics because I want to leave everything of any kind of detail to the family and respect them completely in this,” Moore said Tuesday on her way home from Dallas.

“She did very, very well during the surgery,” Moore continued. “The surgeon said that it went just absolutely according to plan. That her body is strong and they have every anticipation that she is going to heal up well.”

Shirer will spend a few days in the hospital before she is released.

From the back of a cab again! Solo this time. A brief and basic update on our dearly loved friend. The last sentence that cut off was just to ask you to pray for a smooth and comfortable recovery and, I’d add to that, a time of respite for this family we all love so much. Your prayers MATTER. Keep them up.

Prayer Request: Detroit Lions QB’s Wife to Have Surgery for a Brain Tumor