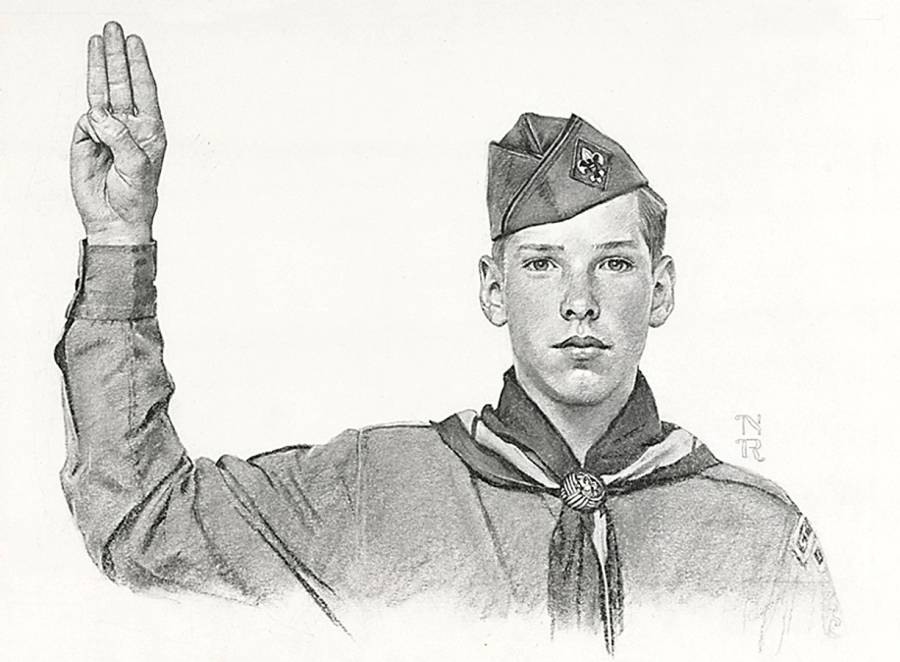 Donald Trump’s State of the Union address was a blast from the past. A postcard from saner times. Like an icon that somehow survived the Muslim rape of Constantinople, we could glimpse from behind the graffiti and crudely slathered plaster a shadow of something good. Something human and normal, which still remained to us, to which we could cling, even as all around us the shrieks of fanatics and apocalypse-mongers drown out most rational thought.

Imagine, a president speaking to his countrymen about the welfare of their nation. Pointing to the fact that their fellow Americans are thriving. That the jobless are finding work. That those who’d despaired of work are once more seeking it. That deaths from despair and addiction are finally falling. And their foreign fanatical enemies’ cynical schemes for raping and killing the innocent are failing. Because he has carefully targeted the masters of terror, without killing thousands of innocent civilians, as previous (more “idealistic”) presidents had for decades.

How quaint. How retro. To highlight war heroes of every race and background. And honor those Americans who’d fallen in stupid wars this president didn’t start, but plans to end. To rescue poor Americans from what he candidly labeled “failed government schools.” Then reunite brave soldiers with their lonely wives and children. And grant to a great patriot like Rush Limbaugh who might very well be dying the recognition that he deserves.

Be sure that our jaded elites will spend the next few days railing and carping. Having drunk our culture’s poison, they’re sickened by signs of health. They snicker at it, as a heroin-addled performance artist would at Norman Rockwell’s paintings, as Leni Riefenstahl would have at It’s a Wonderful Life.

Doesn’t President Trump know that we live in a howling wasteland? A place where transgender rapists must spend months in court to get reassigned to female prisons? Where homeless people squatting in our most expensive cities might still get hassled for pooping on public sidewalks? Where a few colleges still teach the art of Rome and Greece and the plays of Shakespeare, unashamed of their chronic “whiteness”?

Remember When Democrats Were Patriotic Americans?

Donald Trump gave us the kind of speech Bill Clinton once delivered, back when the Democrats were a mainstream, patriotic political party. Because their voters demanded it. That was before that party’s elites chose to go full frontal socialist. Before public libraries decided to subject kindergarten kids to drag queens. And before the Democrats’ hunger for cheap votes led them to write off America’s working class (black and white), in favor of throwing our borders open to anyone who shows up here.

The president decided, weirdly, that most Americans care more whether they and their neighbors are getting jobs, than whether he might have briefly delayed military aid to a corrupt foreign country. Trump made the bold political gamble of speaking about what is right with America. He nodded several times to the Christian view of mankind. (He even called us “images of God.”)

But overall, he spoke like an old-fashioned virtuous pagan, faced with the priests of the new fanatical false religion. The “woke,” “social justice” creed of “diversity” has taken on all the attributes of a national suicide cult. Trump didn’t bend his knee and try to engage it or apologize to it, as “progressive” Christians desperate to slow their churches’ decline demand that he do, from behind their hemp rainbow vestments. This perversion of Christianity, which offers us the Cross without Christ, and death without resurrection, we’re duty-bound to blaspheme, mock, and resist to our dying snicker.

Doesn’t President Trump know that we live in a howling wasteland? A place where transgender rapists must spend months in court to get reassigned to female prisons?

But Trump did something else. He simply ignored it. He treated the U.S. Congress like a roomful of patriotic adults, in the hope that its members would rise to the challenge. In response? The Democrat women dressed in abortionists’ white smocks sat sullen as spoiled children in poopy diapers. Nancy Pelosi greeted the end of his speech by tearing it into bits, as if she imagined it some unborn baby. If I were a journalist present, I would have asked her how much Planned Parenthood was paying her for the pieces. That’s why people like me don’t get press passes.

Trump spends much of the year getting down into the muck and strangling swamp creatures. A dirty job, but somebody’s got to do it. Sometimes this leaves him besmirched, in the eyes of po-faced church people. But his State of the Union speech was letter perfect. He really has overseen, in the face of fanatical sabotage and hysterical hatred, three years of quite good government. His enemies really do hate nationhood, family, God, and the basic fabric of human existence. I hope that he keeps finding ways to highlight this stark, shocking contrast.

If he does, the 2020 election will go like the 1972 race. That’s when the party of bra-burning, dope-smoking hippies went down to a catastrophic defeat.

John Zmirak is a Senior Editor of The Stream, and author of the The Politically Incorrect Guide to Catholicism.