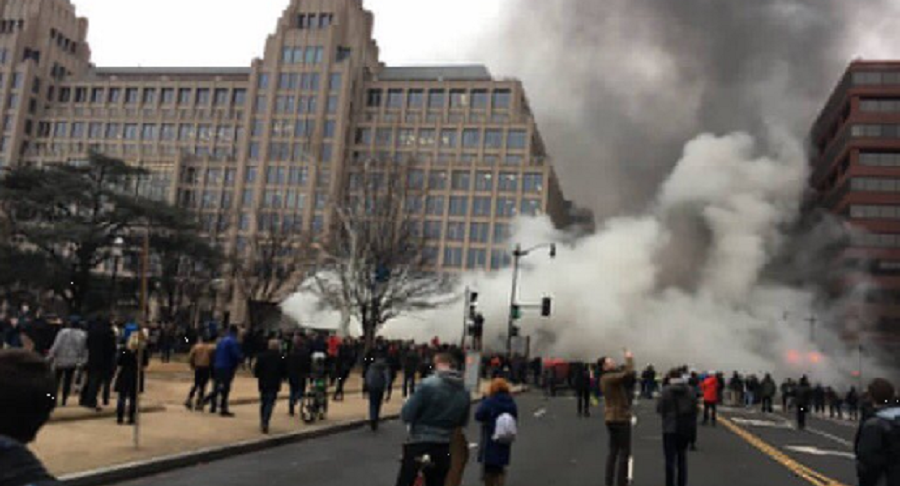 Law enforcement has become a major issue in this year’s elections.

Attorney General William Barr said the following not long ago about the challenges facing today’s police:

The job of a cop is tougher now than ever before… Yet the challenges facing the men and women of law enforcement do not come only from criminals … law enforcement officers now are expected to deal with social ills that they often lack the authority or expertise to remedy… . And they must manage these demands in an environment in which their moral and legal legitimacy is under constant attack from a variety of voices.

It is not surprising and indeed tragic that many current law enforcement officers suffer from decreased morale and emotional distress. I am sad to state that a record number of U.S. police officers died by suicide last year.

The attorney general’s comments were not a response to the latest antics of radical anarchists or political opportunists in the Democratic Party targeting the police during destructive and violent rioting.

They are, rather, from an announcement of the formation of the Commission on Law Enforcement and the Administration of Justice, from January 21, 2020. It’s the first commission on law enforcement in half a century.

The Commission is tasked with studying issues related to law enforcement and the administration of justice and to make recommendations for the president’s consideration on ways to decrease crime, increase respect for the law and assist victims.

This commission is one of a seemingly endless litany of impressive accomplishments by President Trump and his administration.

In the aftermath of the arrest and death of George Floyd, the formation of this commission seems now a prophetic anticipation of the even greater challenges faced by our police officers.

Democratic city and national leaders are “defunding the police,” slashing budgets for police and law enforcement. Police are being targeted for personal and professional attacks by left-wing radicals and political opportunists who slander their noble profession.

And with the elections upon us, it is appropriate that we all echo what the president has been saying about the implications of the choice before us. The track record is clear. The Democrat Party has become the party of mob rule. The Republican Party is the party of law and order.

The president’s historic action in creating this Commission is evidence of that.

And when he speaks of “law and order,” he knows that is part of a bigger law and order … the law of God and the order He, as our Creator and giver of our rights, has placed in human nature and in the world. Our Founding Fathers acknowledged this and our first president said the benefits of religion and morality were essential to the success of this experiment in self-governance.

Is it any surprise, then, that the party of law and order is the party that acknowledges and defends the right to life and religious liberty, while the party that allows chaos in the streets and at the border is also the party that funds the abortion clinics and places oppressive mandates on the Church?

Indeed, the lines are drawn very clearly in this election.

Frank Pavone is the National Director of Priests for Life, the largest pro-life ministry in the Catholic Church.