President Trump Posts Upbeat Video and Does Drive-By Past Supporters 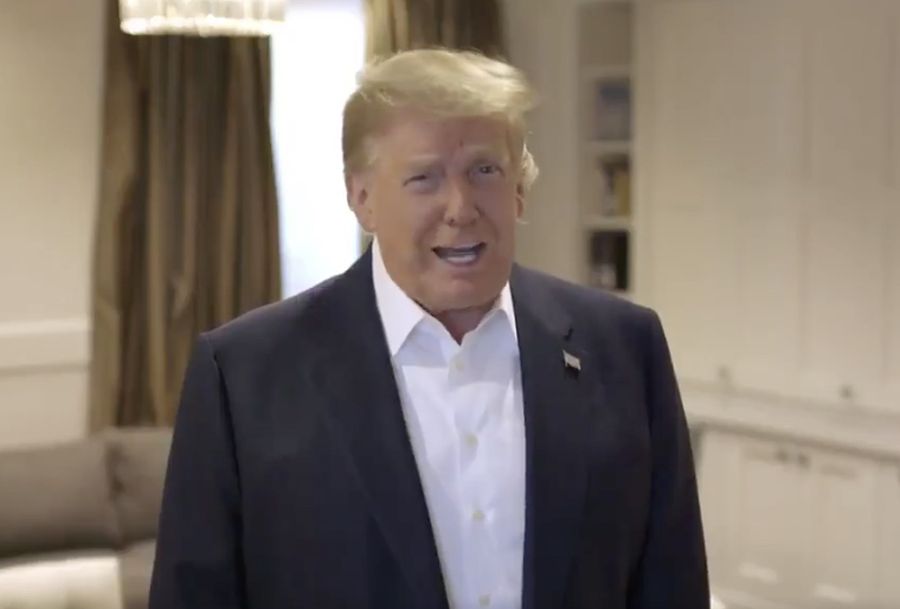 You know all the media ghouls reporting anonymous sources saying President Trump is far sicker than the White House is saying? As the old saying goes, reports of his doom are greatly exaggerated. Or at the very least nobody bothered to tell Trump.

The president released a video late this afternoon looking and sounding great, if also sounding a bit humbled by his bout with COVID.

“It’s been a very interesting journey,” he said. “I learned a lot about COVID. I learned it by really going to school. This is the real school, this isn’t the ‘Let’s read the book’ school. I get it and I understand it. It’s a very interesting thing.”

Trump added he’d be telling the American people more about his experience. (Not to make light, but he had the same tone and energy as a biology student telling friends about his first frog dissection.)

But first Trump had a little surprise. He was going to pay a visit to the mass of supporters and well-wishers gathered outside Walter Reed Army Medical Center. And sure enough, Trump took a spin in the presidential limousine past the cheering crowd.

President @realDonaldTrump drives by his supporters outside Walter Reed to thank them!pic.twitter.com/LlJr7umi8O

This is not the first time during his hospital stay Trump has honored his supporters. Friday night, he sent aides out to bring those gathered outside chocolate.

Also, outlets like The Hill are quoting a “Walter Reed attending physician” blasting Trump’s visit, saying the “irresponsibility is astounding.” What The Hill leaves out is this same doctor is a Never Trumper, who only three weeks ago was calling on Trump to resign. (Thank you, Taufiq Rahim for the catch) A textbook case of journalistic malpractice.

The President has a duty to the country to resign.

While the MSM hyperventilates — rather than celebrates the fact the President of the United States seems to be beating a potentially deadly virus, Jack Posobiec makes an interesting point: Trump is literally hospitalized with COVID and he’s still done more appearances today than Joe Biden.

COVID or no COVID, this president does not do lids.