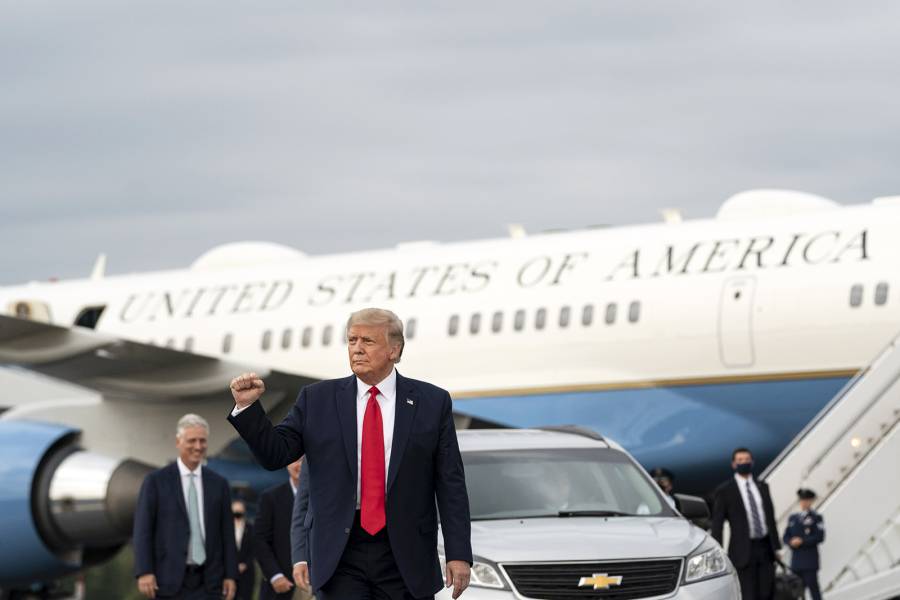 President Donald J. Trump gestures with a fist pump as he disembarks Air Force One Tuesday, Sept. 8, 2020, at the Greensboro/High Point Airport for his visit to Winston-Salem, N.C.

President Donald Trump has been nominated for the Nobel Peace Prize in recognition for brokering the historic peace deal between Israel and the United Arab Emirates.

Trump’s nomination was submitted by Christian Tybring-Gjedde, a member of the Norwegian Parliament and chairman of the NATO Parliamentary Assembly. “As it is expected other Middle Eastern countries will follow in the footsteps of the UAE, this agreement could be a game-changer that will turn the Middle East into a region of cooperation and prosperity,” he wrote.

The peace agreement is the first between Israel and an Arab country since the Israel-Jordan peace treaty in 1994. The parties are expected to sign the deal in a ceremony next Tuesday at the White House.

The Norwegian also cited Trump’s role in helping soothe tensions between North and South Korea, and bringing large numbers of troops home from the Middle East. Said Tybring-Gjedde, “Indeed, Trump has broken a 39-year-old streak of American presidents either starting a war or bringing the United States into an international armed conflict. The last president to avoid doing so was Peace Prize laureate Jimmy Carter.”

The Hill noted that Trump “shared the news of the nomination in at least 15 different tweets and retweets with his nearly 87 million followers on social media.” However, Trump in 2019 was pessimistic about his chances of ever being honored. “With me, I’ll probably never get it.”

If Trump does win the Nobel Peace Prize he’ll be the fifth U.S. President to do so, following Woodrow Wilson, Theodore Roosevelt, Jimmy Carter and Barack Obama.