President Trump is Playing Iran Brilliantly. Here’s What He Needs to Do Next. 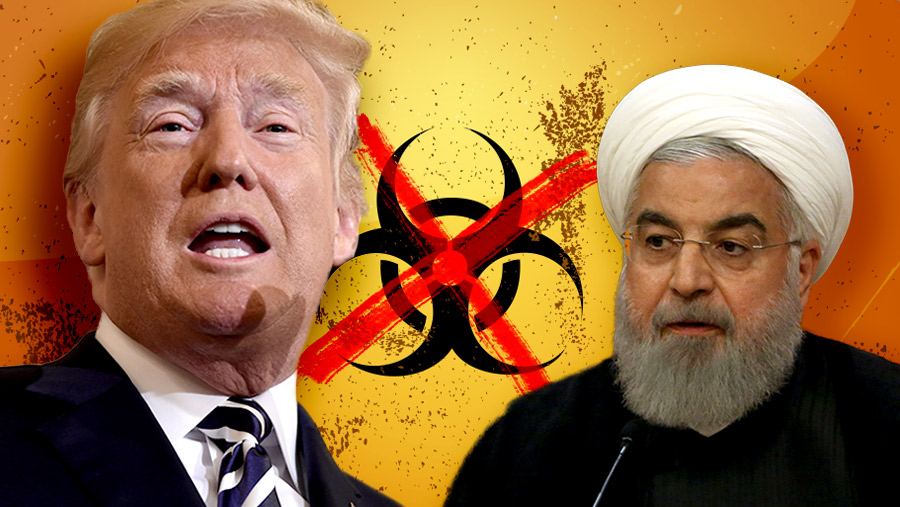 So after a lot of noise and one dead war criminal (Qasem Soleimani) we end up in the same situation as before. The U.S. and Iran are in a stalemate in Iraq. Neither of them has much room for maneuver. However, the Iranian people are again on the streets. They’re outraged by the inept, deadly downing of a Ukrainian airliner full of travelers. This is just the latest instance of the regime’s criminal ineptitude.

Two Powers at a Standoff

Iran’s regime learned the hard way that it cannot really fight the U.S. at a price it wants to pay. It also just found out that the Russians and Chinese will do nothing to save its skin. Not if the U.S. makes it clear that it’s serious about limiting Iran’s aggressions. These other two great powers offered a few diplomatic statements, but no real support.

Nor can the mullahs hide behind their proxies in Iraq, Syria and Lebanon. The U.S. has made that clear through its actions. It will treat any aggression by Iranian sock puppets as actions of the regime. And respond in kind.

The U.S. cannot really move either. The U.S. (rightly) does not want a full-scale war. But it prefers even that to an aggressive, unleashed Iran dominating the region. So President Trump vividly showed Iran where his real “red line” is, and enforced it. Nor could the U.S. escalate to such a war if Iran backs down, as it recently did by settling for toothless retaliation.

But the U.S. can’t withdraw from the region either. It won’t leave the Middle East completely in the hands of authoritarians, thugs, and America’s enemies. The more regions America concedes to authoritarian regimes (Iran, Turkey, China, or Russia), the stronger they become. And bolder. Remember that Hezbollah, allegedly dedicated to defending Shi’ites in Lebanon, is now operating in Venezuela.

Bring Down That Regime Without Firing a Shot

So is the U.S. stuck in a no-win, zero sum game? No. Not if it seizes this moment, and does so intelligently, with clear strategic aims.

Two facts point the way to a big American win. In each case, the U.S. responded firmly but prudently.

First there was a scam session of the Iraqi Parliament. It was shunned by the Kurds and Sunni Arabs who represent much of the country. Only the Shia Arabs voted, and declared that the U.S. should leave. Kurdish leaders seized that moment immediately and said that the U.S. needed to stay. Since the Shia’s parliamentary stunt represented only part of Iraqi opinion, the U.S. rightly ignored it. So did EU member states. So both the U.S. and EU have finally abandoned the pretense that the official Iraqi institutions in Baghdad represent Iraq. These Baghdad-based institutions only represent Iran and a part (not all!) of Shia Arab opinion.

Next we saw the popular outrage in Iran over the airliner the regime shot down, with many Iranians aboard, then lied about for days. When protests scared the government into admitting the ugly truth, people got even angrier. President Trump acted smartly. He quickly sent messages to the people of Iran in Farsi, encouraging them to speak out. That emboldened them and helped the protests spread. Even Iranian media were forced to report on them. As a result, the regime couldn’t enact such vast, brutal crackdowns as the late General Soleimani once led.

Learning from the Chaos

What do these two facts mean? How can the U.S. learn from them what it needs to do next to win big, both for its own interests and those of ordinary people in the region?

In Iraq, the U.S. should engage directly with each of the nations who live there, not just Arab Shi’ites. Likewise the different ethnic factions of the Iranian opposition. We must push for Swiss-style decentralism in both countries.

The answer is clear. The U.S. needs to walk away from its preoccupation with big, central governments. Federal, centralized and militarized structures that only represent one or two ethnic/religious groups, and repress all the others. Tragically, this is the model most Middle East nations have followed. It has never turned out well. In both Iraq and Iran, America should direct its attention to all stakeholders, not just the majority populations.

In Iraq, the U.S. should engage directly with each of the nations who live there, not just Arab Shi’ites. Smaller groups with long histories in the country and legitimate interests include the Sunni Kurds, the Sunni Arabs, the Sunni Turkmen, the Yazidis, and of course Syriac-Assyrian Christians. We must not discriminate, or pretend that any group of Iraqis doesn’t matter. Back such groups’ efforts to actually implement the decentralizing mandates already in Iraq’s constitution. To some degree shun the central, Iranian-dominated government in Baghdad, to force it to make concessions and devolve power to the regions.

We must follow a compatible strategy in Iran. We cannot defang that regime without paying close attention to its people. You might not know it, but Iran is almost as diverse as Iraq. Only 50 percent of the population is actually Persian (Farsi). Other major nations in Iran are Azeris, Kurds, Arabs and Balochi. These other nations want to escape the repression of its centralizing, Shi’ite Persian regime. Some even want independence.

As a result, the Iranian opposition is deeply divided. Nationalistic Farsi opponents of the mullahs fear the break-up of their country. We shouldn’t encourage that either. Instead, we must support the same solution as we do in Iraq: a loose, decentralized federalism more like the system in Switzerland than the one in France.

The U.S. needs to engage now with all the nations of Iran. To make clear that the way forward is a careful transition to a confederal Iran. Much of the power over domestic policies should devolve to the regions. That way, the various nations in Iran can see their interests respected, without breaking up the country. A few years of U.S. support for such a solution could unite the opposition, and bring down Iran’s cruel regime.