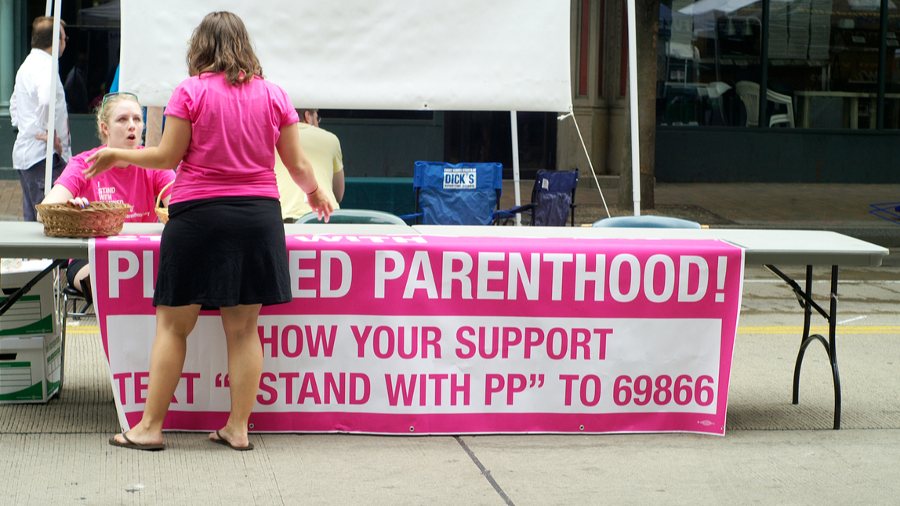 Democrats are now following his example, only worse. California Governor Gavin Newsom recently announced his intention to turn the entire state into a place where people — even people from out-of-state — may come to make the same “choice” that O.J. made, in the event Roe v. Wade is overturned and other states decide to place restrictions upon the pre-birth killing of children. By making California a “sanctuary” — for death.

This is interesting given it’s coming from a man who has adamantly opposed the right of Californians to choose whether to wear a mask or take the jab, including kids in California schools.

It seems Democrats like Newsom and other blue state governors, like Kathy Hochul of New York, only favor “choice” — as they put it — when it’s the one they make for others. When others prefer a different choice, then “my body, my choice” suddenly loses its feigned moral authority.

And, of course, the “choice” as regards abortion isn’t that.

The Left — increasingly synonymous with Democrat — has an interesting habit of using words to evade discussion of the issue. “Choice” is a happy-sounding non-sequitur. Who could be opposed to it? Or for that matter, to “women’s health”? We all make choices, every day — for example what to have for supper.

What are the rights of a person to life, liberty and happiness when life is of no value and can be taken when the “choice” is made to do so?

What the Left doesn’t want to discuss is the particular nature of the “choice” they favor — which is the ending by horrific violence of the life of another person. Thus, they speak of a “woman’s right to choose.”

Take, for instance, Dr. Danielle Fincher, who is a member of something called the Committee to Protect Health Care — and who could oppose that? In the wake of the leaked draft memo written by Justice Sam Alito, suggesting Roe might be overturned as soon as June, Fincher said she was “completely crushed.” That an “influx is coming, we know this is going to be difficult … let’s get to work.” She does not specify the nature of the “work,” except in terms of “protecting choice.”

“But” — say those in favor of “choice” — “we are only talking about a fertilized egg, undifferentiated cells, an embryo.” Never a baby. For the obvious reason that if that word were used, few people could stomach the choice to kill it, much less give their assent to a law allowing it.

Or being forced to pay taxes to finance it.

What Makes This Okay?

At what point is it ok to kill? Is it only when the victim is capable of screaming? Easy enough to put inconvenient grandma gently to sleep before putting her to sleep forever. The developing babies inside the womb aren’t even accorded the mercy of anesthesia — something no vet would deny an animal prior to euthanizing it.

In point of grisly fact, some babies are partially extracted from their mother’s wombs and partially dissected along the way. So long as the entire baby is not entirely out of the mother’s body, this is deemed not only acceptable by those in favor of “choice” but a “right.”

Could there be anything more horrific?

Could there be anything more evasively so?

Note that those opposed to such a “choice” advocate life — the non-evasive word that focuses attention on the essence of the subject at hand. Do you favor — or oppose — protecting it? Including the lives of not-yet-born girls, who grow into women — if they’re allowed to.

The whole U.S. Constitution is a kind of paean to life — predicated upon the words of Jefferson in the Declaration that was antecedent to it. We hold these truths to be self-evident, wrote America’s intellectual and moral patriarch. His words made the point that without respect for life, there can be no such thing as a “right” to anything — for who would exercise such “rights” in security? What would prevent them from being … aborted? What are the rights of a person to life, liberty and happiness when life is of no value and can be taken when the “choice” is made to do so?

The justices who decided Roe — and the justices who defend it — know they are on shaky ground, constitutionally. But the moral grounding of it is even less so — if it exists at all. So best to talk about other things.

Anything except the thing.

Inconvenience has never justified the “choice” to kill in any courtroom — with this one exception. Which exists because of the evasion. This diversionary talk of “choice” and “women’s health.” An honest talk would be harder and that is precisely why Democrats — with some commendable exceptions — will do anything to avoid having one.

Perhaps because it contributes greatly to the benefit of those Democrats to cheapen life. Cheapening life makes it easier to make other “choices” regarding life. Regarding the lives of other people — and how their choice to live them will be limited by these same Democrats, who brook no limit to their “right” — as they see it — to interpose themselves in other people’s lives.

Excepting the lives of those not yet born — and those who would choose to end them.

A.J. Rice is author of the book, The Woking Dead: How Society’s Vogue Virus Destroys Our Culture. He serves as CEO of Publius PR, a communications firm in Washington D.C.