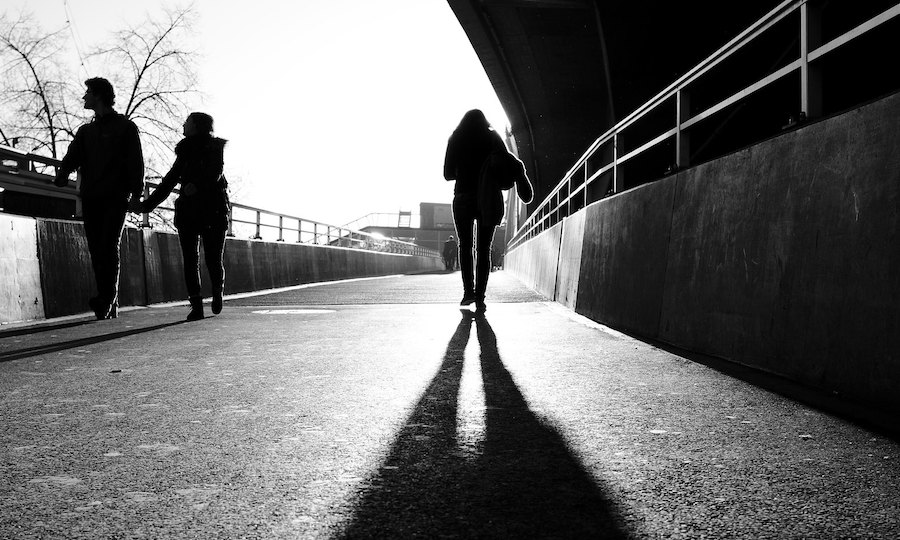 Every year in the U.S., two million pregnancies end before a baby’s first breath. It may be due to miscarriage, stillbirth, or abortion. Whatever the situation, one nonprofit group seeks to offer caring expertise.

“Those are two million individuals,” said Michaelene Fredenburg, founder of Life Perspectives based in San Diego, California. “It’s not a crowd. They’re people. Each mother and father facing loss needs to know they’re not alone.”

In a month when pregnancy loss is at the forefront, the importance of her team’s work becomes clear. Estimates reveal up to one in four pregnancies in the U.S. is lost to miscarriage. About one in 160 pregnancies end in a stillbirth. “That is defined as 20 weeks or greater in the pregnancy,” said Fredenburg.

Uniquely, Life Perspectives is an apolitical group not affiliated with a religious tradition. On the life issue, “pro-healing” is the stance they prefer to state. “We try to avoid labels, in particular around the topic of abortion,” she said. “Because we know it can be an impediment that keeps hurting people from reaching out.”

In a phone interview from her office, Fredenburg shares insights on helping a couple who has faced infant loss … and eye-opening wisdom for pro-life advocates. It has been lightly edited for length.

The Power of Words and Care

Parents face complex emotions after the loss of a baby in the womb. Is there some typical timeline for that process of grieving? 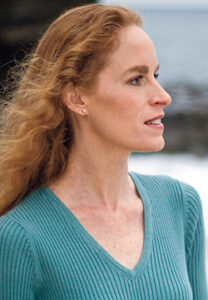 Michaelene Fredenburg: Each person will be impacted by such a loss really differently. There doesn’t seem to be a specific timeline for grief, or even a right or wrong way to process loss.

The most current research and knowledge around grief confirms that each person’s process is unique. Certainly, that can be confusing. It’s not only tough for the person who is experiencing it, but for those around them.

Our culture tends to think of grief as: the ultimate goal is to have closure. Yet that isn’t possible when we’ve lost someone whom we love.

Really, the goal is adaptation. We’re adapting to life without that person, whether we were able to meet them when they were born or whether they died before they were born.

Friends and family respond in a variety of ways, or commonly don’t even discuss pregnancy loss. Why should people be circumspect about their responses?

Fredenburg: The things we say or don’t say have a profound impact on individuals who have suffered this type of loss. We see this in research, and I hear it from individuals. Silence, or the words that are spoken, are something that stick with people forever.

If we say nothing, we’re telegraphing to them that this really wasn’t a loss and they shouldn’t be grieving. But the person who says nothing typically does that out of fear, that they’re going to make things worse. Or because, culturally, we’re so silent about it. So, they’re unaware individuals really do want you to acknowledge the loss.

Sometimes we assume the way that we grieve is going to be the way that other people grieve. It can keep us from offering support that helps. Sometimes we end up judging others for either feeling too little or too much, for too short or too long. The best thing we can do is allow each other to have space to express this in our own unique fashion.

Fears of Failure and Forgetting

Since its founding in 2000, your group has been a resource to pro-life groups. How is miscarriage different yet similar to pregnancy loss from abortion?

Fredenburg: Life Perspectives provides resources, training, and education for health care professionals and others when it comes to reproductive loss. We’re always careful to point out that we understand those losses have occurred very differently. It’s important because it impacts how people process those losses.

Imagine how painful it could be for somebody who has lost a child through miscarriage, to feel that someone was equating that with one who terminated a pregnancy. We know that the person who has terminated is suffering as well. But we understand that the circumstances are different.

However, there’s so much similarity in the way that people process those losses. Certainly, grief is inherent. There tends to be high levels of guilt. It could be because I’m the person who made the decision to terminate the pregnancy. Or, in the case of a miscarriage, perhaps I feel I caused it to occur. We often find emanating from both situations a lot of shame, which keeps people silent and isolated.

“Our culture has an assumption that we can have children on demand. When that doesn’t happen due to miscarriage, one feels their body has failed them.”

Often, a couple feels this profound sense of failure. Our culture has an assumption that we can have children on demand. When you want to, your pregnancy will be successful. When that doesn’t happen due to miscarriage, one feels their body has failed them. It’s different after the decision to terminate a pregnancy. One feels that they failed to create the circumstances to carry that pregnancy to term.

Lastly, another similarity is a fear that their children will be forgotten. Part of adapting to life without that child is having some sort of connection with him or her. In a culture that doesn’t acknowledge the loss, sometimes very painful emotions are the only connection to a child lost.

Some people will tenaciously hang on to their grief or guilt. Because that’s how they feel connected and hold on to the remembrance of their child. All of us can offer them a gift of saying, ‘We will remember your child with you.’ Often it gives them permission to be able to let go of painful emotions, and continue through the grieving process.

In service of the pro-life cause, graphic imagery and language are sometimes used. How might it come across to people who have faced the loss of a child?

Fredenburg: It’s estimated that about two million new losses through miscarriage and abortion occur every year in the U.S. That’s a vast number of individuals who have endured these losses. There’s the man and woman, then their family members and friends are impacted.

I can speak to this from personal experience, because I had an abortion when I was 18. But I can see it with others as well. Often these losses remain silent, hidden, and unresolved. We have a very wounded and hurting population.

When issues around pregnancy loss are thrust into a political context, often we forget these realities. The person coming by your [pro-life] display may have been personally impacted.

If you’re thinking that, you may reconsider your approach. I need to use different words and be more discreet. Maybe I need to offer people to opt in to view something, as opposed to thrusting it on them.

Keep in mind how troubling it can be to see certain images, whether the parent has had an abortion or a miscarriage. Sometimes we also use very graphic language that can traumatize people who hear it. We need to be cognizant that we’re talking about this person’s child.

Many people seek to express care and compassion to a couple after pregnancy loss. What does research indicate are helpful words and responses?

Fredenburg: Keep in mind that every person is going to be unique. Still, some insights apply across the board. We can always acknowledge the loss. It is appropriate to say, ‘I’m so sorry for your loss. I’m so sorry for what you’re going through.’

Beyond that, listening is the biggest gift you can give to someone. Part of grieving is to be able to share a story, process the pain, and try to make sense of it. It may be listening to someone using lots of words. Or create space to be present with someone who doesn’t have many words. Let them know they are accepted just as they are.

We encourage checking in. A one-time conversation isn’t the whole process. On the anniversary of a miscarriage, it’s appropriate to ask the person how they’re doing. It’s similar to one who has lost a parent or another loved one. Let them know that you’re thinking about them. Give them the opportunity to share whatever they would like.

Your group is not faith-based, yet the loss of a child brings up big questions. Where is God? Why would He let this happen? Have you seen people grapple with such questions and even find growth after profound loss?

Fredenburg: At Life Perspectives, we train professionals and others who encounter people one-on-one. But we do anonymously help people who have been impacted by miscarriage and abortion through our healing websites, MiscarriageHurts.com and AbortionChangesYou.com.

When you’re thinking of the whole person, spiritual concerns are real needs. Certainly, we have observed themes within the stories that people submit. They often bring up their quest for, in their words, forgiveness. If someone is grappling with spiritual needs and concerns, we have resources available.

On spiritual growth, there is a new area of research and psychology theory called post-traumatic growth. It taps into the idea that there can be an incredible amount of growth that can only happen during times of great suffering.

Following a miscarriage or stillbirth, it can be a long grieving and healing process. It is surely possible for the process to become a catalyst for positive change. Later, one may realize the growth they encountered and how their life has become more integrated. It’s interesting to see the psychological community begin to recognize this.

Learn more about the work of Life Perspectives in the video below.

Loss, Grief and a Heavenly Promise