Predictions for 2020 and Beyond 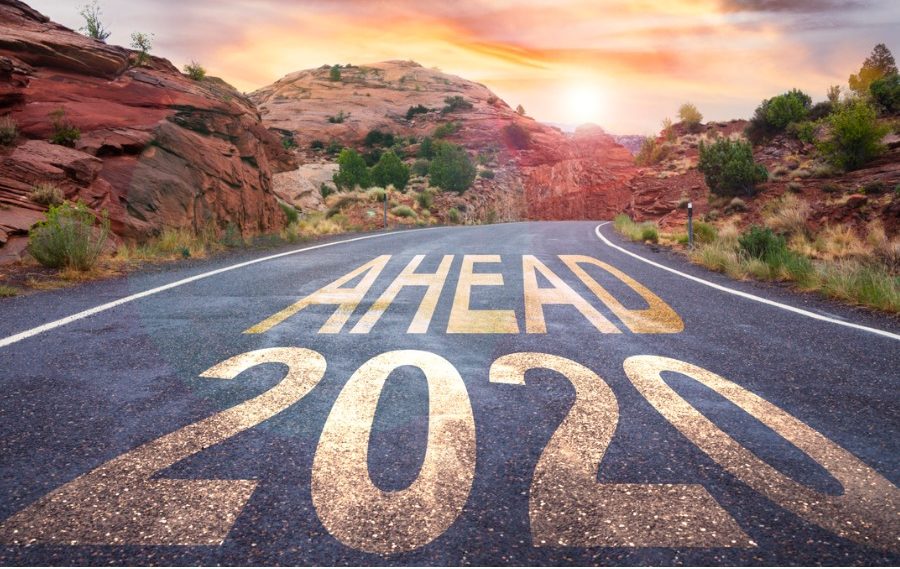 By Dwight Longenecker Published on December 30, 2019 •

Can soothsayers forecast the future? Can mystics gaze into their crystal balls and see upcoming events? Can Madame Mim, the reader of palms, tea leaves and tarot cards, know that you will have “success this year” or meet “a mysterious, handsome stranger”?

While seers may be spooky and occult soothsayers are forbidden, common sense makes sense. The difference between a New Age prophet and a prediction is that predictions rely on facts not magic. A weather forecaster looks at the data and relies on their experience and knowledge to give the best weather forecast possible.

Futurologists are experts in predicting the future. Like a weather forecaster, they study the data, then using their knowledge and experience chart a future scenario. Like the weatherman, they know there are a whole range of unpredictable variables, so while they are not certain, the predictor is a better bet than the shaman or the madam reading tarot cards and fortune cookies.

Back to the Future

To predict the future we have to look to the past. Decisions in the past put us on a particular road and pointed us in a particular direction.

The most important factor — which affects politics, religion, economics and virtually everything else—is the human factor.

What is happening to the human race? Where are the people? How old are they? How rich or poor are they? What do they believe and what are their needs and desires? If we can study those factors we will be able to predict the future.

The Demographic Winter Sets In

The global birthrates have declined more than 50% since 1979. There are now over 60 nations with birthrates below replacement levels. Therefore, sometime around 2030 the world’s population will start to decline. It will decline slowly at first then go into free fall.

The falling birthrate is already bringing startling social change in Europe, Japan and Russia. No European country has a birthrate at replacement level. Added to this, people are living longer. Soon there will not be enough young people to work the factories, hospitals and infrastructure of the developed European nations, nor will there be enough soldiers and police to defend them.

Back to the USA

What are the reasons for the falling birthrate? Young men and women are delaying marriage in favor of travel, education and career. Living together before marriage usually does not include having babies. Divorce is a factor: Children from broken homes are less likely to marry and have kids themselves. As women delay marriage their biological clock counts down. It’s harder to conceive and have children over the age of 35. What else contributes to the falling birth rate? Artificial contraception and abortion. We’re killing the babies before they’re born.

For years the mainstream media and popular culture have brainwashed us into thinking that having babies is bad for the economy, bad for the environment and bad for the fulfillment and happiness of the human race.

The reverse is true.

The demographic winter is a hidden disaster. We don’t see it because the world population is still growing.

The demographic winter will really begin to go into deep freeze in twenty or thirty years’ time. Nevertheless we can see signs of it already in 2020.

Economic factors: In the short term, the falling birth rate is good economic news. There are more goodies for fewer people. This year the economy will continue to boom and Donald Trump will reap the harvest and be re-elected.

The low unemployment rate is also great news for Donald Trump, but in 2020 we will begin to experience an employment crunch. Rather than there not being enough jobs, there will not be enough workers. As a result wages will go up and employees will be able to be more choosy when job hunting. That will also boost Trump’s chances.

However, as the century goes on we will need an increasing number of immigrants to fill the employment gap. While immigration might seem a solution, the real problem will be finding the skilled professionals a highly technological society needs.

Political Factors: the increasing number of immigrants will increase the fear and suspicion of natural born Americans. In European countries and the USA, nationalism will increase as their citizens react against the rising tide of immigration with increased national pride. Political leaders like Donald Trump, who play on the fear and increased national spirit, will benefit.

In reaction, leaders like Pope Francis, who call for global unity and support for immigrants will garner support, but they will be in the minority. Socialists will only succeed if they tap into the rising nationalism.

International Factors: Rather than the bland globalism of the United Nations and the European Community, new alliances of nationalistic leaders will emerge. In 2020 predict a strong alliance to develop between the UK’s Boris Johnson and Mr. Trump.

If that alliance brings together not only the UK, but the countries of the British Commonwealth a new global economic and political force could be established which would combine the youthful nations of the developing world with the USA/UK and dominate the globe for decades to come.

Religious and Cultural Factors: As global travel increases and populations become more mobile, cultural and religious influences will be blended. In 2020 more people will be culturally literate, tolerant and their beliefs will be open ended and flexible. In 2020 expect mainstream Christian churches to adapt to indigenous religions and be open to accepting Eastern spiritualities.

However in reaction to this, an increasing number of people will take refuge in religious and cultural isolationism. Expect conservatives to form exclusive religious communities. Some nationalist movements will combine with them to form powerful cultural blocks which will influence the beliefs and morals of society.

In 2020 I think we’ll see even more Christians with a Bible or rosary in one hand and a flag in the other.

Extreme cultural expressions of political correctness will begin to fade in 2020. As they age, the influence of the powerful LBGTQ lobby and feminism will dwindle. Their presence in the media will be increasingly vocal, but as their equality objectives are met and they move to ever more radical positions, they will lose mainstream support and sympathy.

Demographers predict that by the end of the century the entire human race will be in decline. What can be done about the encroaching demographic winter? Government action, so far, has been ineffectual.

A return to traditional morality and an emphasis on marriage and family life is the only answer. Only when individuals see that life long marriage with a goodly number of children is an abundant, joyful and positive life choice will things change. History shows that strong families also produce strong civilizations.

Are my predictions for 2020 and beyond a sure bet? Time will tell. Meet me again next year.