Get Ready for the Pre-Election ‘Casedemic’ 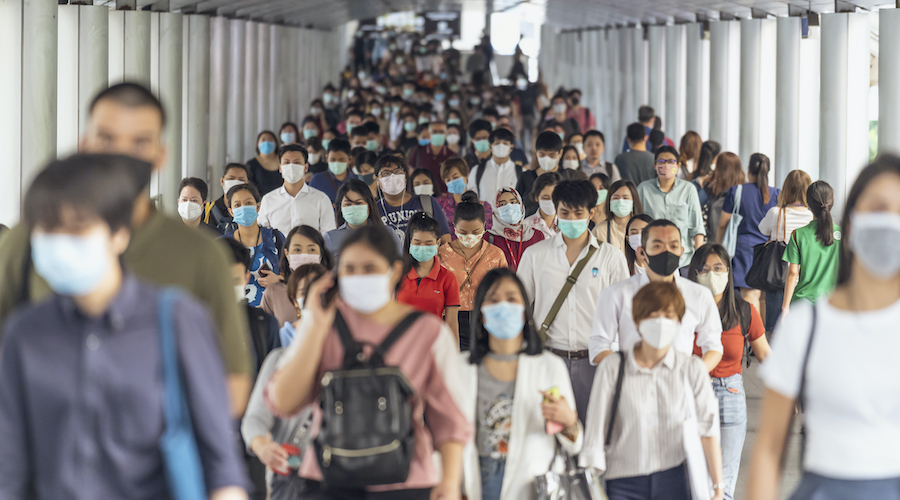 President Trump recently tweeted: “The Fake News is talking about CASES, CASES, CASES. This includes many low risk people. Media is doing everything possible to create fear prior to November 3rd. The Cases are up because TESTING is way up, by far the most, and best, in the world. Mortality rate is DOWN 85% plus!”

The president is right. On any objective measure, the pandemic is waning. We are now in what many call a “casedemic” — a swell of positive tests due largely to enormous surges in testing. And the media is, for the most part, using this to induce maximum fear in the electorate.

But much of what the press is calling cases are mislabeled. Before 2020, every health professional knew the difference between cases and infections. Cases referred to patients with symptoms seeking treatment, who test positive for an infection. But not all infections become cases.

An infection refers to the presence of active virus in someone’s body. Many of these infected people don’t need treatment because they have mild or even no symptoms. False positives complicate the picture a bit: These are those who get tested and are mistakenly told they are infected. Still, public health officials always knew the difference between a case, a mere infection, and a positive test (which may or may not signal a real infection).

That’s all changed. In 2020, public health officials seemed to forget all that old stuff they knew in 2019 — at least when talking to the press. Now the press assumes that every positive test signals an infection, that every infection rises to the level of a case, and that every case means serious illness with a major risk of death.

A Million Tests Per Day

These shifts in meaning took place just as the number of tests for COVID-19 skyrocketed. The COVID Tracking Project tallies daily tests across the US. We have averaged over one million tests every day since the start of October. This is a huge number, especially when compared to the number of tests conducted when the deaths attributed to COVID-19 peaked back in April.

Back then, the number of daily tests was around 125 thousand. But that number soon inched up as more testing facilities came online. By July, as the virus migrated from the northeast to the south and west, and attributed deaths re-peaked, albeit at lower levels, the US was conducting about 800 thousand tests daily.

Clearly, more testing means more positive test results. But what does that mean? Not much.

At the end of summer, even the number of tests, like deaths, began to fall. Then the number of tests rose again and reached our current million plus tests every day. Deaths continue to fall. And when we account for counting delays, are now about where they were in March, at the beginning of the drama.

Clearly, more testing means more positive test results. But what does that mean? Not much.

Why “Case” is Misleading

PCR tests are the most common. These have varying sensitivities because they can “amplify” samples, which can lead to many false positives. One study found a range of false positive rates of between 0 and 16%, with most in the range of 0.8 to 4%. As the authors said, “Such rates would have large impacts on test data when prevalence is low.”

Well, the prevalence of active infections of COVID-19 is low. That means huge numbers of healthy, uninfected people are now, in all likelihood, being mislabeled as “cases.” And this is in addition to the many asymptomatic and minor infections that do not require treatment. But to much of the press, they’re all cases.

Of course, testing can also produce false negatives — when a test fails to detect an infection. But this almost always involves mild cases that would not need treatment anyway. Doctors aren’t going to pass over a person who shows up at the ER gasping for breath, regardless of test results.

William Briggs, Jay W. Richards, and Douglas Axe are the authors of The Price of Panic: How the Tyranny of Experts Turned a Pandemic into a Catastrophe.