Prayer, Rallies and Riots: What One Pastor Experienced on the Ground in DC 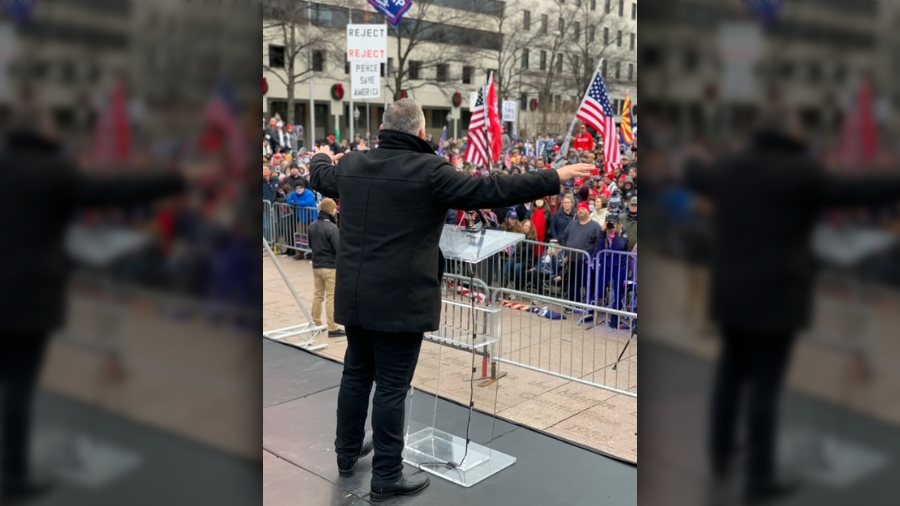 “We just sat there in shock — couldn’t believe what we were seeing at the time.” Pastor and founder of Peaceably Gather, Brian Gibson, described the scene in D.C. in the aftermath of the rioting Wednesday. A couple hundred or so people had stormed through the doors and broke windows of the Capitol building. He made it to the Capitol just in time to watch police officers spray the crowd with tear gas. In the end, 56 police officers were hurt, a woman was shot dead by an officer and three others died after separate medical emergencies.

Gibson had just organized a successful prayer rally the day before on January 4. Gibson told The Stream that he estimated that there were a couple million people present. After he gave an altar call, thousands accepted Jesus as their Savior. He was on top of the world.

The next day, he attended Trump’s rally. Trump’s speech was typically Trump. Then Trump asked people to come to the Capitol building. “He never incited any violence,” Gibson explained. “As a matter of fact, he condemned the extreme measures.” Gibson speculated that people got wind that Vice President Pence was not going to stop what he called a stolen election. “And so I think emotions were probably running high at that time. I think these people … feel as though the legal system has let them down. They feel as though the representatives have let them down. They feel as though, then, the Vice President let them down and turned on the president of the United States as a Judas.”

Still, Gibson can’t imagine how all of those people breached the Capitol. “How can that be? … How do you breach the Capitol? I mean, it’s a fortress up there, right?” He added, “How in the world did that happen on one of the most important days in U.S. history? And why was it not any more appropriately guarded?” He believes someone opened the doors in the Capitol because “it doesn’t work this way. You don’t just get in there.”

While those are serious questions, most importantly, Jesus is Lord. “If Jesus is my Lord, then my nation is my responsibility. I’m ultimately aligned with the kingdom of God, but I believe that we need righteous and wise governance in the land. So, I’m praying and I’m believing for the greatest revival that ever hit America.” He’s also praying for young leaders to rise up and stop government corruption.

Gibson encourages others to pray, to stand fast and to remember Jesus is Lord. But the church has a responsibility, too. “The church better get serious about training and raising righteous politicians. I think we still pray for a turning around, [for] this government to do the right thing. So, I’ll say this: take heart. Take heart. Don’t give up.” He added, “I’m going to spend the rest of my life preaching the Gospel, building churches. And I’m also going to raise up young men and women to be righteous politicians. And I think people should endeavor to help ministers with that across the nation. I think that’s where we go.”