Pray! No Good Outcome to Kavanaugh Hearings Unless God Intervenes 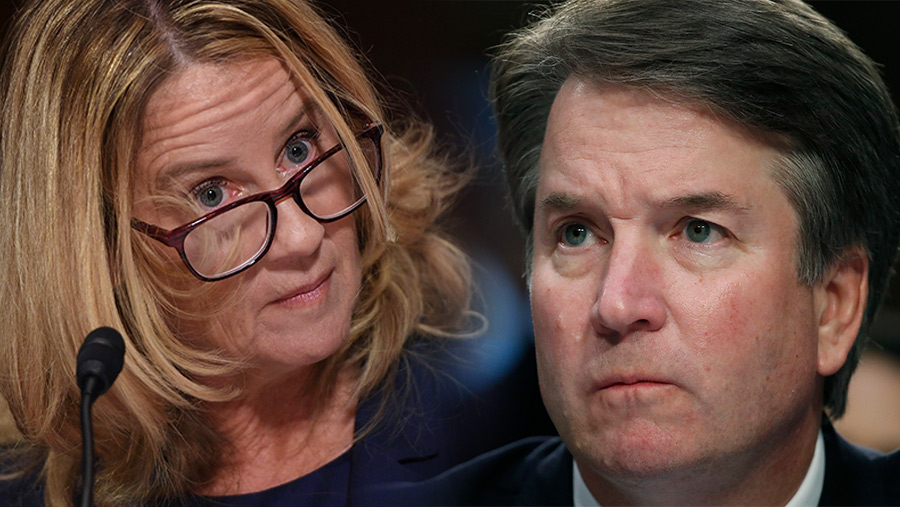 Judge Kavanaugh will either be confirmed or not confirmed as the next Supreme Court justice. Either way, a very large proportion of Americans will consider it a serious injustice.

If he is not confirmed, conservatives will object seriously to the inadequacy of the evidence supporting Ford’s allegations. Some Republican senators will admit privately that they voted no because knew what would happen to them if they voted yes. Republican leaders will proceed to the next step in the confirmation process. They’ll get back to business, even though the politics has forever tainted the process.

If He is Confirmed

They won’t permit a moment’s thought to the chance she might lying. Someone will call me a horrible person for suggesting she might be lying. No one will notice she’s also been saying Kavanaugh has been lying. “Survivors” can’t lie, after all. “Victimizers” always lie. Or so the belief goes.

They will repeat her Senate testimony on how hard her life has turned since this has been made public. No one will remember how Kavanaugh’s life has been picked apart. It won’t matter how his family has been traumatized by these events.

That’s not all. Pundits will complain that she was “put on trial” in the Senate. They will forget that she is the complainant, and that the Senate is responsible to probe her complaint to decide whether it is credible.

They will accuse Republicans of dividing the country, as if violence wasn’t divisive.

Liberals will point to Ford’s testimony on how she was traumatized. They’ll tell us how she’s said her life has been ruined since the alleged event. They will remind us that “Survivors are never believed.” And they will tell us the Senate should have believed her on moral grounds, regardless of whether she could provide any corroborating evidence.

Expect Violence, and Liberal Leadership to Encourage It

Above all, if he is confirmed, liberals will march, protest and go on strike. Some protests will turn violent. Liberal leaders who could speak up and quell the violence will instead remain silent. Thus they will encourage the violence to continue.

If they say anything, it will be that Kavanaugh’s confirmation threatens the foundations of our democracy. They’ll say so even though, if it happens, that confirmation will been the effect of a constitutional process. They’ll brush right by the real threat to our democracy: leaders tacitly encouraging violence in the streets in response to constitutional processes. They will accuse Republicans of dividing the country, as if violence wasn’t divisive.

In summary: For those of us who know we need a strong originalist on the Supreme Court, there is no good way for this to come out. The best outcome would be for Kavanaugh to be shown to be telling the truth, and being confirmed.  This best possible outcome involves near-certain Democrat-encouraged violence in the street.

Humanly speaking, therefore, apart from God’s grace leading us elsewhere, I see no fully good way for this to end. God is still God, though, and He still does the impossible. Let us all pray for Him to intervene.

Judge Kavanaugh Update: The Real and the Fake