Musk will face worse than Donald Trump, or Kyle Rittenhouse, or Brett Kavanaugh did. 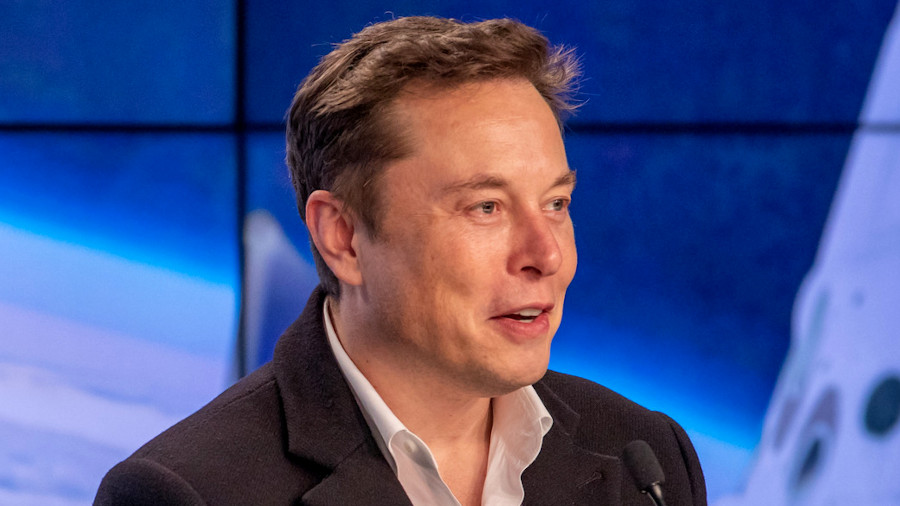 I’m as excited as any other fan of the First Amendment to see Elon Musk take over Twitter. But then I was really pumped when Donald Trump won the election in 2016. Since then, I’ve learned that victories don’t mean much. Not when your enemies are as ruthless, entrenched, vindictive and sociopathic as ours.

We win battle after battle, then somehow lose the war. We play by the Marquess of Queensbury rules and knock our opponent out cold. But the ref revives him after a count of 20 or 30. He hands the guy a switchblade, so he can stab us in the gut. Then the ref awards him the match on points, disqualifies us for cheating, and tries to send us to prison. That’s American Civics 101, circa 2022.

The Game Isn’t Rigged. It Isn’t Even a Game Anymore

That’s how things went for the Solidarity movement when it took on Poland’s Communist regime. And it’s how things work now in the West. The game isn’t rigged. It’s not even a game, but a ritualized humiliation ceremony, carefully scripted and ruthlessly directed by sadists.

Please set aside 10 minutes and go read the comments of the indispensable Revolver News on why our Oligarchy will pull out every stop, twist every law, weaponize every resource it has from leftist judges to unfireable bureaucrats to stop Musk from succeeding. As Revolver writes:

[I]f Musk opts for the path of boldness and glory, he should be prepared for historic backlash from the regime. The entire system would mobilize against Twitter reflecting the same cancellation strategies the Regime systematically employs to control politicians, websites, major businesses, and even countries. Twitter would get the “George Floyd” treatment on steroids. The Regime would employ the “George Floyd” tool recently used to “cancel” Russia, but directed with laser-like focus on a single company and its lone brilliant, iconoclast leader.

The American oligarchical regime won’t just try to stop Musk, but to break him — destroy him professionally and personally, make an example of him as it did of the January 6 protestors.

I pray that he’s ready.

And that’s what I’d like to ask everyone to do. Pray for Elon Musk. Pray him protection, wisdom, courage, prudence, cunning, and raffish good cheer. Because he is now standing in No Man’s Land with all the Enemy’s guns trained upon him, with spotlights glaring on him, and every sniper’s red dot trained on his temple.

The principalities and powers that goad the vast Gadarene blue-check herd will signal a stampede. Expect Black Lives Matter riots at Tesla dealerships. Antifa vandalism aimed at random people’s Teslas. A massive movement to boycott and cancel the company. Wait for Musk personally to receive the same treatment as Jake Gardner, Kyle Rittenhouse, Nick Sandmann, Mark Judge, Brett Kavanaugh, and Donald Trump — all rolled up into one. Musk will be painted as literally Hitler.

Remember that just days ago, the front man for the Oligarchy, Barack Obama, announced that silencing free speech online was the most important task to “defend” democracy. He’s not speaking for himself, but for the most powerful and power-hungry oligarchs on earth. Their wealth might not equal Musk’s but they’ve invested it in controlling entire governments. In setting themselves up as the censors who decide which speech is legal, and which is “misinformation” that is “dangerous.”

Twitter is the spinal column of the Leviathan which Mammon has raised up to rule and cow us, which we’re expected to worship. The likes of George Soros, Karl Schwab, Bill Gates, and other less visible advocates for centralized world government won’t shrug and let Elon Musk just snap it. They aren’t good sports, honest rivals, or even old fashioned, greedy capitalists who can be bought. These are aspiring tyrants on the model of Genghis Khan or Napoleon.

If they’ve thought their plan through carefully enough to pick leftist district attorneys for cities like St. Louis so they can persecute the McCloskeys … they’ve developed a plan for Twitter. Or they’ll have one by next week. And it will be ugly.

Trump Was Too Sweet and Naive

Donald Trump waltzed into the White House, thinking that the Democrats were still a patriotic party that honored the U.S. Constitution. He imagined that he’d be dealing with mere greedy sleazeballs, like those he remembered in Manhattan. (Give Rev. Al Sharpton a bag of cash, and he leaves you alone, ok?) He also somehow believed that his Republican rivals would graciously step aside, having lost the presidential primary races fair and square. Instead of burrowing down like the tapeworms they are.

He couldn’t have been more wrong. But few of us imagined how deep and dark the rot was back in 2016.

As it turned out, the Democrats had already become a deeply intolerant ideological cult of the radical left. Worse, it had believed the messianic rhetoric which Obama used in his campaign. His election was meant to be “transformative,” permanent, and irreversible. In their ideal world, he would have been named President For Life and enthroned surrounded by peacock feathers, like some post-colonial dictator.

Since that wasn’t quite possible, his courtiers fully expected Hillary Clinton to replace him on the throne, continuing all his policies. Key among them? Proceeding with the liquidation of contemptible remnants still lingering from the past, “deplorable” enemies who’d still “cling to their guns and religion.” Establishment Republicans were fully on board with that, so long as they got to pose as the Opposition and eat their messes of pottage in peace.

Want to understand the psychology of our masters, how they justify to themselves being crybullies and bigots, censors and secret police, while still convinced they’re the “good guys”? Read this long but brilliant psychological study published at American Greatness. We live under a dictatorship of thin-skinned, vicious schoolgirls.

When Americans didn’t vote for that, and the System wasn’t yet in place to steal the election, the left felt deeply and authentically betrayed. Progressives really believed that competitive politics had ended with the election of Obama. After that, it was all just re-education and repression of “toxic” elements like us. We weren’t supposed to be able to win power, or even resist. The fact that we could do so was a profound moral outrage. Leftists expressed that, with their primal howls to the sky, their public meltdowns, their ritual effigy murders of Trump and his supporters.

Now Musk must expect the same. And worse. He needs to be cannier, more cynical, and far less trusting than Trump. He can’t go hiring Nikki Haley types who denounced him, then came and batted their lashes at him. He can’t make deals with “moderate” critics of his still lingering at Twitter. They will sabotage him at every turn, as establishment Republicans back-stabbed Trump at regular intervals.

Musk must realize fully what he is doing: Ripping out the spine of a Frankenstein monster expressly created to terrorize us. Not until that spine lies on the floor, twitching and smoking, will he be able to rest.

Let us pray for him fiercely, as our freedom depends on it.