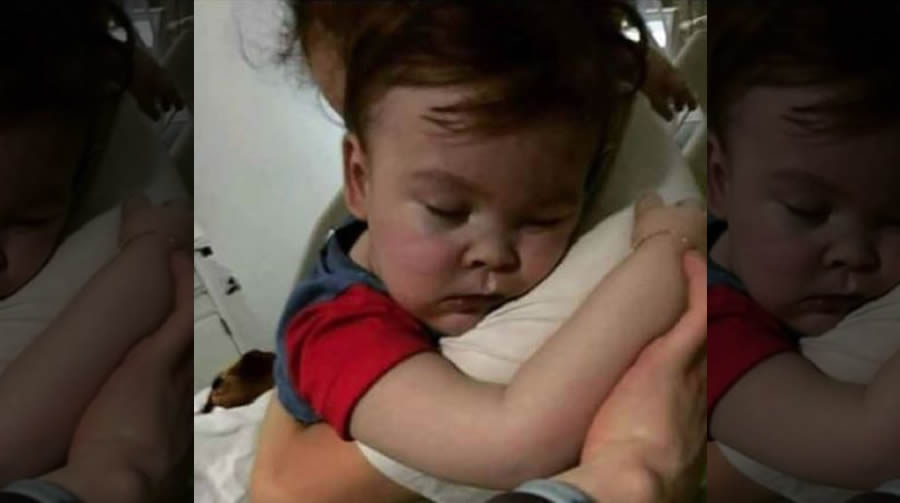 Alfie lives … despite the best efforts of England’s socialized medical system to exterminate the toddler. Since a judge denied Alfie’s parents’ appeal Wednesday, the couple is seeking to take Alfie home.

Alfie Evans, the 23-month-old suffering from an undiagnosed degenerative neurological condition, was removed from life support Monday night by court order. Liverpool’s Alder Hey hospital staff and the courts contend it is in Alfie’s best interest to stop mechanical ventilation. Alfie began breathing on his own shortly after the support was removed and is still doing so.

While his parents sought to continue treatment in Italy, the High Court rejected their plea Tuesday, according to Josh Halliday of The Guardian. The judge called his decision the “final chapter in the case of this extraordinary little boy,” but did ask doctors if Alfie could go home. A clinician told the judge that the soonest the child could be moved is three to five days. The clinician cited “hostility” to medics as one reason for the delay.

The Court of Appeal rejected Wednesday his parents’ application to move Alfie to Italy for further treatment, reported Sky News.

Alfie’s parents will today request permission to take him home. “I wouldn’t take advantage of having Alfie home,” said Alfie’s father. “I would have Alfie home and I would sustain his life at home with a private doctor, private team. We would do everything we can to keep Alfie home, comfortable and happy.”

Thomas Evans told LBC that his son is doing well. “For the third day now, there’s been not one single problem with him. The nurses come in and said ‘wow.’ Today, we’re going to have a meeting with the doctors at Alder Hey and we’ll now start asking to go home. Alfie doesn’t need intensive care any more.”

In an earlier interview with Echo, Alfie’s father said the toddler is “comfortable, content and fighting.”

“He looks chilled. And that’s what’s the most important thing right now.” He’s now being fed and hydrated.

Monday, a crowd of 200 tried to storm the hospital to rescue Alfie. They were pushed back by police.

Twitter users, including Stream contributor Jennifer Hartline, are begging the court to let him go to Italy. (Read Jennifer’s powerful piece on the case “Who Owns Your Child” right here.)

Release Alfie Evans! @AlderHey Stop denying this living, breathing child appropriate medical care. This isn't nature taking its course. This is actively causing his death. Admit you were wrong and release him. This is wicked. #LetAlfieLive #AlfieEvans

Free #AlfieEvans … Permit his parents care for their child. Stand in the side of life for Alfie … the whole world looks at Liverpool, England today. @theresa_may @realDonaldTrump @EmmanuelMacron @Pontifex

We demand Alder Hey to release Alfie Evans to a hospital of his parents choice. – Sign the petition! https://t.co/Fx0QVjEJ0g via @Change

Save Alfie Evans! Let him go to Italy 🇮🇹💙 🙏🏽

Others make the connection between Alfie and England’s new prince born Monday.

On the very day Brits celebrated the Royal baby, the UK government removed life support system from 23-month-old Alfie Evans and stationed a line of police to keep his frantic parents from moving him to another hospital that would grant him care. A royal shame!

Prince William and Princess Kate celebrate the birth of their son while down the road another family fights to keep their son alive. If Kate and William's son was born with the same disease would they have to go to court to keep him alive? #AlfieEvans https://t.co/cJgCRkHYiT

If Alfie Evans was Royalty would they pull off the life support?

@RoyalFamily While celebrating birth of baby prince why not give baby #alfieevans a chance at life? Queen surely has something to say. Especially if Italy is willing to help #SaveAlfieEvans

Prayer are still needed for this little warrior.

The Tragedy of Little Alta Fixler: No Good Answers in Britain

Why Is the Pro-Life Movement Central to Christians?