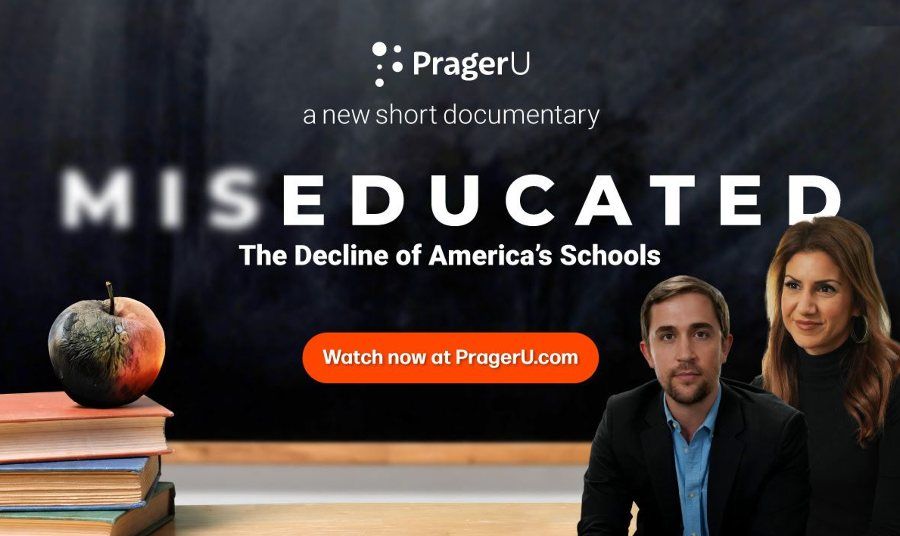 Jill wasn’t aware of the radical ideologies that many teachers include in the classroom lessons — until last year, when the pandemic forced her daughter to do school online. She found out what her daughter was taught in their local public school and it concerned her. “I remember hearing some of these commentaries and my daughter telling me what some of the things were, and some of the things that teachers were saying in the classroom.” In her daughter’s case, Jill wondered why teachers weren’t just teaching the facts about history. “Political bias and ideology does not belong in a lesson about history for fourth graders.”

It isn’t just history that’s had a makeover.

‘Parents Have No Idea’

“Many of the national standards now, instead of focusing sex education on biology and science, the sex education is focused on gender fluidity and telling children as young as five, six years old, that ‘even if God made you a boy or girl, if you don’t feel like a boy or a girl, you can change your mind.'” The sex ed lessons are not age appropriate, Jill added.

Educators and school boards in almost half of school districts in the nation have implemented Critical Race theory in their curriculum. Teachings of Critical Race theory divides students by race, gender and heritage. Teachers do not have to inform the parents that the school is pushing the leftist ideology on their children, Lebsack told Jill. “Parents have no idea and they don’t know how radically the sex ed has changed.”

The biggest problem? Jill said it’s that “corruption goes so deep that it almost seems impossible to try and course correct what is going wrong.

“Many school boards in the public [school] system are cowering to these lies and trying to satisfy this ‘woke’ mentality,” in the teaching of our children. Parents must get involved and speak up about the changes in their child’s school.

It’s hopeful when parents speak up. But the biggest problem is that parents are still fearful many times to speak up because they don’t want anything to backfire on their children in school. I’ve had a lot of parents say, ‘We need to fight this fight, and we need to course correct. And just get us back on track to teach children academics and without political ideologies. But I’m scared. I don’t want to speak up because I don’t want my child to suffer the consequences.’

What Parents Can Do

“Sending our children off to school is not as simple as it used to be. We want our children to be educated, not indoctrinated,” Jill states in the film. “As parents, we have a right and a responsibility to be involved in our children’s education.”

PragerU Kids offers free videos and resources for grades K-12 that teach and celebrate American values. Nearly 30,000 parents and educators share solutions in their schools in a private discussion group called PREP (PragerU Resources for Educators and Parents). In addition, parents can sign a petition to demand that the Department of Education remove CRT from their children’s school.

Parents should volunteer at their child’s school, join the PTA, go to school board meetings, talk with their child’s teacher one-on-one and speak up when they know something is not right. “If a teacher or a principal or an administrator acts in a way that compromises your family’s values, faith [or] beliefs, [know that] our parents’ rights do not stop at the classroom door.”

As for Jill, she’s already taken steps to make sure her children aren’t indoctrinated. “Working on this documentary prompted me to pull my own children out of our once-loved, once-great, top-ranked school district,” she said in a statement. “As a parent, I refuse to have my children on the front lines of this travesty while this battle is being fought.”