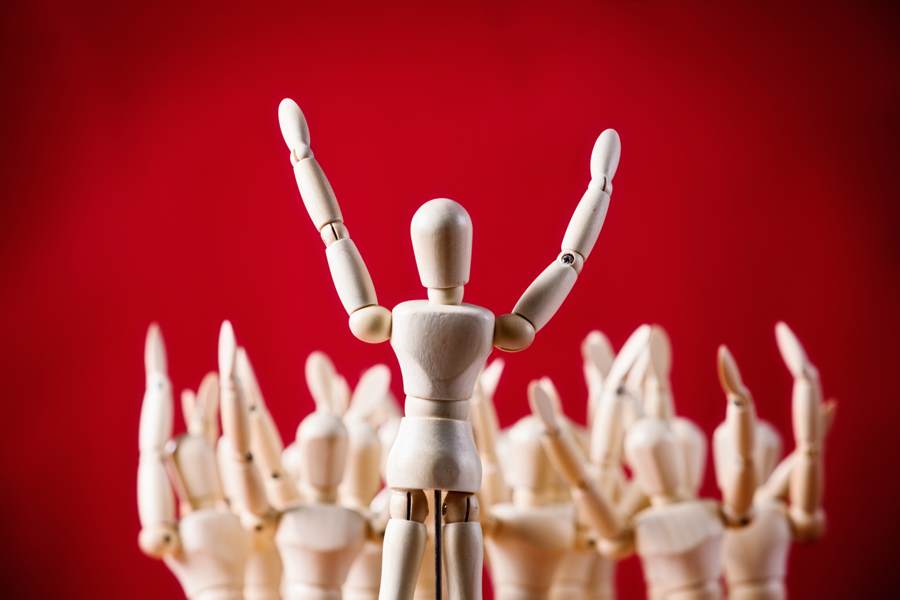 Knowledge gained through experience often has a different effect on us than knowledge through reading and listening. Read or hear about an appalling incident that happened somewhere in the past, and you might have an emotional response to it, a sense of sympathy and sorrow. But distance, time, and cultural differences can make it hard to believe the same could happen to you. So even with plenty of warning signs appearing around us, we might not be able to recognize what they mean.

If the horrible thing happens to you personally, though, you would be more likely to spot warning signs later on, and take action to keep the terror from happening again. Experience can give us a sense of déjà vu, which merely reading or hearing rarely can do.

Most Americans have only read or heard about Marxism’s bad effects. I’ve lived through them. Growing up in communist China, I had firsthand experience of the devastating impact of Marxist-inspired power.

Today’s Western activities of dividing people by race, gender, sexual orientation, economic status, class etc. look much too familiar to me. These have Marxist roots, and they center around the objective of acquiring power. This always results in strong centralized government ruling with an iron fist and zero tolerance for dissent. As Lord Acton said, “Power tends to corrupt, and absolute power corrupts absolutely.”

America has had an exceptional place in human history. With power diffused among three branches, it has been successful, as a whole, in putting power into the hands of people. The system has hindered government from gaining too much control. One result, though, is that Americans have no hint of the destructive nature of power.

When the pandemic happened, we were willing to hand over our rights to our government, believing they would act in our best interests. We’ve let ourselves be indoctrinated by the ideology that America is an irredeemably racist country. We think we’re upholding the banner of social justice. We don’t recognize it for what it is: a disguised, Marxist grab for power.

How to Communicate Power’s Destructiveness?

Power is dangerous. I’ve been trying to communicate that to my American friends this past year, and I’ve been frustrated by how hard it is. For them it is indirect knowledge. It travels through different barriers, so the message is less effective when it reaches its destination. How can I overcome the cultural, temporal, and geographic hurdles and make the lethal nature of power more accessible to my American friends?

Lately it has occurred to me that there is a point of contact between the nature of power and an observable problem in American culture. Power is like pornography. Both are extremely addictive. The more you have, the more you need to have. The desire for power never decreases, it always escalates.

I think tyrants such as Mao and Stalin had a similar need. They needed to experience new levels of excitement. Killing apparently excited them. They and their accomplices invented unscrupulous means to dehumanize their victims.

In my last year at college, in1988, I interned at a high school in another city. My supervisor was a fifty-year-old high school teacher who acted as if we were still living in the Cultural Revolution, the ten years of tyranny that ended in 1976. By his behavior I could tell he had been physically tortured and psychologically and emotionally abused during the Cultural Revolution. He behaved as if his torturers were still present: too unusually thankful and obedient. Behind his abnormal behavior there was an invisible evil force. I saw concrete evidence of the harm imposed by the powerful, who thrived on others’ pain.

America is the freest country in human history. Our founders bequeathed to us a constitutional republic that hinders government from taking away our rights. Now, however, our freedom is facing unprecedented challenges. Not only has our government appropriated our rights in the name of an emergency, Marxists occupying major areas in our society are determined to destroy our freedom and secure their own power.

It’s imperative that we learn from history: Power has deadly consequences. If history doesn’t convince us, though, I hope we can still see how power is like pornography. The more you have, the more you have to have. Putting new power into the hands of our government helps them become more addicted to power, which leads to us losing more rights. It’s a terrible cycle. If we let it happen in America, we’ll be partly to blame. Our solution to this problem should be the same as to pornography: Stop feeding the addiction!