Post-Pandemic Pastors and the Sin of Silence 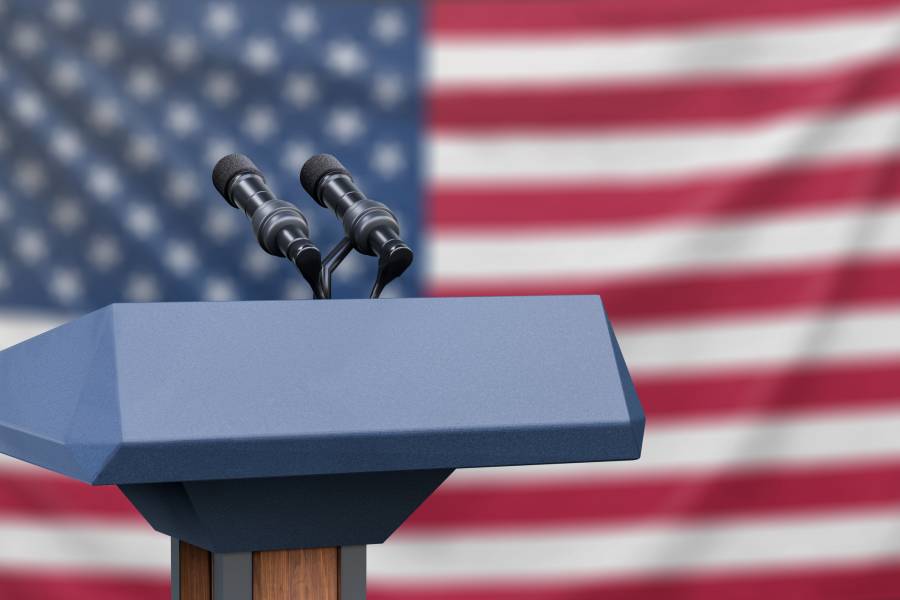 Editor’s Note: You can see and hear Shane deliver this message “Shocking: Post-Pandemic Pastors and the Sin of Silence,” here.

Let me state up front that countless pastors and Christian leaders are currently doing amazing things. Many of them, such as Jack Graham, James Robison, Jack Hibbs, Michael Brown, and Jim Garlow, have invested into my life, and I praise God daily for them. But there is also a disturbing trend taking place.

As I’ve said before, over the last few decades Americans have witnessed the destruction of the institution of marriage between a man and a woman, the removal of God’s Word in most of the public arena, horrific racism, and the blatant murdering of millions of babies. This is an indictment against America, and the pulpit is partially responsible. Our silence speaks volumes. The pulpit regulates the spiritual condition of God’s people, which affects the nation. A lukewarm, sex-saturated culture (and church) simply reflects the lack of conviction in the pulpit as well as the pew.

As Jim Garlow rightly noted when we spoke this week: “There are approximately 364,000 churches in America: 72 percent, or 264,000 of them, are liberal, meaning that they really don’t care about the Bible. According to exhaustive surveys, somewhere between 6,000 and 15,000 actually have a bona fide biblical worldview, that is, they see life through the lens of Scripture.” Did you catch that? By this account, nearly 72 percent of churches don’t look to the Bible as their final source of authority and direction. No wonder America is crumbling from within; the foundation is deteriorating.

He went on to say,

Bold pastors are nearly extinct. It would be much easier “to play church” and make everyone feel good. The church — as we now know it — will be functionally illegal very soon. With the recent SCOTUS decisions, the First Amendment died and churches will very soon be forced to hire those who practice homosexuality and will not be allowed to speak against the sinful practice.

This article is not a rebuke, per se, but a tear-stained plea to return to God. The blood of unborn children and the effects of ungodly legislation are not just on the hands of legislators or judges but also on the hands of capitulating preachers. Society can ignore the murder of millions of babies in the womb, mock the police, desecrate society, pillage and destroy, redefine marriage, support perversion, back ungodly movements — and pastors are supposed to keep their mouths shut on these issues? I don’t think so. (For more on that, I invite you to watch this short clip picked up by Fox News.)

The Irony of Silent Watchmen

The Bible calls pastors “watchmen” who cry out and sound the alarm to awaken a sleeping church, not sing her lullabies. The prophet Isaiah, who doesn’t mince words about lazy watchmen, says they are blind and ignorant and that they are all dumb dogs who cannot bark (raise their voices to warn). They sleep and lie down, loving to slumber (cf. Isaiah 56:9-12).

At first glance, you may think this wording is too strong, but I can assure you that it is not. Backing away from speaking the truth in love is a serious offense against God. A genuine pastor doesn’t call himself to the ministry — God calls him to speak the truth, even on tough topics. Silence about sin is rebelling against the call of God. If your sermons do not upset the world from time to time, I have to seriously question your calling.

Few Spirit-filled preachers are left, and when one rises, they are quickly labeled as right-wing, extreme or narrow-minded. The so-called evangelical church is on the verge of totally capitulating, especially on the cusp of the Supreme Court’s recent decisions. I’m equally alarmed at the number of leaders who remained silent when police officers were killed and babies aborted. These “woke” Christians are not woke to the things of God. They often do more harm than good by hashtagging and promoting false narratives.

Yes, we need to unite against racism and call it out when warranted, but our capitulation has led to cowardliness. In trying to correct the sin of racism, the pendulum has now swung in a dangerous direction. To fix racism, you have to preach about sin, repentance and forgiveness. A person needs to turn completely to Christ to truly change. The irony is that many pastors avoid talking about foundational truths of the Bible that lead to real heart change. They are actually part of the problem, not the solution.

From Orange County, California, to Dallas, Texas, how sad that many churches won’t even do voter registration because it’s “too political.” God ordained the government. Surely He doesn’t want us to stay silent. What we say (or do not say) greatly impacts politics. We are not being political. We are being biblical. Saying, “I’m just not political,” is really an excuse to hide cowardliness. “Bold pastors may look like they are on the wrong side of history, but they are on the right side of eternity,” Jim Garlow says.

Many are even marching with ungodly groups and seeking redemption by kneeling. This is why the social gospel, if not properly explained, is dangerous — it removes redemption through Christ and places it on “good works.” There is no harm in calling for national repentance. We have biblical grounds for that, as we see in the life of Daniel and Nehemiah. But is racism the only sin we are guilty of as a nation? Why not unite black and white pastors in peaceful, biblically-grounded, gospel-centered, God-honoring gatherings rather than align with groups who fuel anger, revel in sin, and take pride in the lack of forgiveness and unity in their mission statements? Listen to more here.

The Sin of Prayerlessness

When a pastor stands firm for truth, he is demeaned, mocked and scorned — or people simply leave that church in search of a more “loving” pastor. But this persecution, according to Scripture, can be a badge of honor, as long as our boldness is a fruit of the Spirit and not the fruit of an arrogant heart: “Blessed are those who are persecuted for righteousness’ sake” (Matthew 5:10).

Boldness comes directly from the Holy Spirit, and it is crystal clear that many of us are not spending a lot of time with God.

Ironically, the closer I draw to Christ through prayer and worship, the bolder I become. But the more I’m concerned with the opinions of others, the less bold I become. Boldness cannot be worked up. It must be brought down as we surrender our hearts and lives to Jesus Christ. Too many pastors join the ministry not to battle the darkness but to sign a truce with the world.

A quote often attributed to Alexis de Tocqueville, a Frenchman who authored Democracy in America in the early 1800s, helps to identify how far we have drifted: “It was not until I went to the churches of America and heard her pulpits aflame with righteousness did I understand the secret of her success. America is great because she is good, and if America ceases to be good, America will cease to be great.”

Pastors, we are not just cheerleaders, we are game-changers. We are called to stir and to convict so that change takes place. Granted, there are many wonderful pastors and churches — I appreciate their ministry, but as a whole, the church has drifted off course. Many have lost the compass of truth. But there is hope: “Therefore say to them, Thus declares the Lord of hosts: Return to me, says the Lord of hosts, and I will return to you” (Zechariah 1:3).

Pastors, that’s a life-changing promise: return to Him, and He will return to you. Boldness comes directly from the Holy Spirit, and it is crystal clear that many of us are not spending a lot of time with God. Everything that God calls us to be is compromised when we are too busy and have no time for Him.

The world is on fire. You may not accept that, but it is the truth. This may be God’s last warning to America. Can America be saved? I am not sure. When the pulpit is silent, all hell breaks loose because there is no confrontation or conviction of sin. But we are called to fight with the spiritual weapons of prayer and worship, to stand strong, and to expose the unfruitful works of darkness. I will do that until God calls me home. How about you? (Here is a quick clip on why we can talk about political hot buttons.)

Let it not be said of us today, “And there arose another generation after them who did not know the Lord,” because pastors failed to be bold preachers of righteousness. The burden of responsibility rests squarely upon our shoulders. It’s our choice — stand, or fall!

Shane has also delivered a short message responding to critics who don’t want to see a preacher talking about public issues. It’s called “Stay In Your Lane. Stop Talking About Politics!”