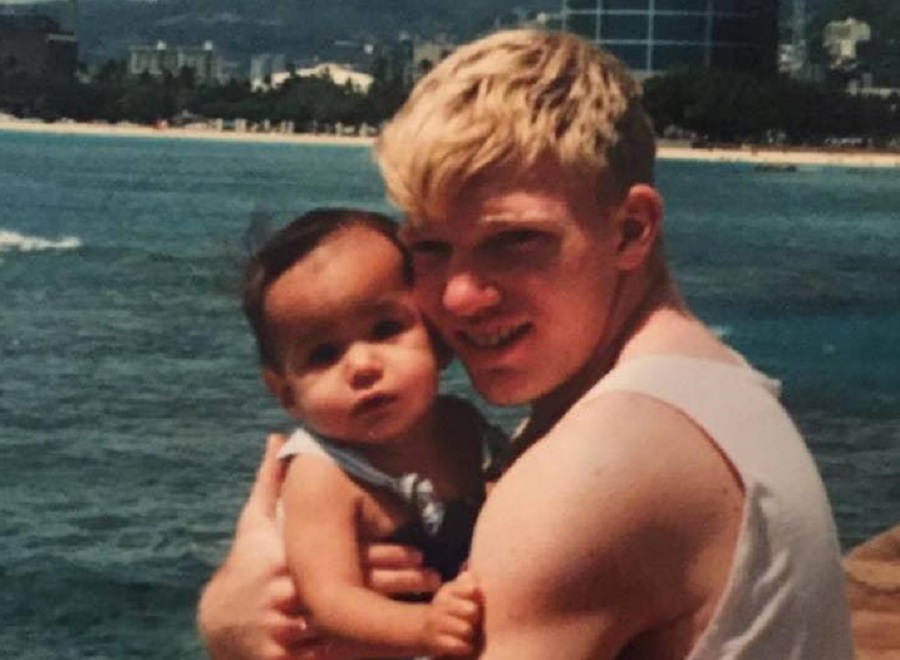 Jessica Jones, daughter of Stream writer Jason Scott Jones, was forcefully aborted in the third trimester against the will of her mother and father, still in their teens. In an exclusive interview with The Stream, Jason Scott Jones tells his story.

One Saturday morning, two days before Jones’s 17th birthday, his girlfriend, Kate, rode five miles on her bike to tell him she was pregnant.

Jones and Kate, unlike some, were excited when they found out they were going to be parents. Jones had wanted to be a father his whole life. So the two came up with a plan. Jones would drop out of high school and join the military.

The United States Army sent him to Fort Benning, Georgia where they had him take his GED. He then began his training as an infantryman.

We Know Your Secret

Two weeks before Jones was to return from training, he received a call from a hysterical Kate. She was sobbing uncontrollably. All Jones heard was, “I’m sorry, I’m sorry!” Kate’s father got on the phone. “We know your secret and your secret’s gone,” he told Jones. “I took Kate to get an abortion.” Kate’s soul was crying. “A friend of mine called me after her brother committed suicide and it was the same type of cry. I’ve only heard it twice. And the only way to explain it is [that] the soul is crying.”

Jones promised Kate that day that he would work to end abortion.

Jones “woke up” that day to the horror of abortion. It wasn’t that Kate called him to tell him she’d had an abortion that told him the truth about abortion. That didn’t impact him to work his whole life to protect children and preborn babies from violence, which he admits is an obsession. “It was how she told me. It was her soul crying [that] communicated to me the truth of abortion.”

He found out that the baby was a girl, from the cruelest of sources. “We know our baby was a girl because the abortionist said to her, ‘by the way, you had a little girl.’ So, I immediately became obsessed [with stopping abortion].”

Every step of his life has been ordered to protect children and the vulnerable from violence because the abortion also woke him up to the reality of how dangerous and vicious the world is. “I’m never at peace, I’m never at rest.”

Jones began doing door-to-door activism. He thought people didn’t know that abortion was legal. “It was my job to tell the world.” Men don’t heal by licking their wounds. They heal by baring their claws. “To this day, I’ve never stopped and licked my wounds.”

Jones couldn’t do anything differently. He and Kate were living in an “unwinnable” situation. But he’s tried to make the past right. “I will say that I’m grateful for God’s grace. From that day to this day, I have honored my daughter with my life.”

He’s made pro-life movies that have brought in millions of dollars for pregnancy centers. He’s been on the board of his local pregnancy center for 20 years. He founded an organization called “Hero”: Human Rights, Education and Relief Organization. He founded The Great Campaign website. The Great Campaign works to protect the vulnerable, from the unborn child to Yazidi girls in Mt. Sinjar, Kurdistan. He speaks regularly about abortion and how it affected him.

And that is his job, to communicate loudly that the human person has an incomparable dignity and beauty. “There is 9 months when a woman has a body in her body. Where there’s a life in her life. And that’s beautiful. And — the whole world knows that’s beautiful.”

The Truth of Abortion

The message of life in the womb is not foreign to the world. They know they’re killing an innocent life. “People are not pro-choice because they don’t know that abortion kills a baby, they know. I’m not going to pretend they don’t know. People are pro-choice because they are conforming to the spirit of the age and they lack the courage and the will to stand up to the spirit of the age. I knew as a 17-year-old high school drop out … when my high-school girlfriend’s father said, ‘We know your secret and your secret’s gone,’ I knew that meant they killed my baby. If I knew that, everybody in the world knows that.”

“I would say to other men who read this who are post-abortive, they need to get on with the show. They need to honor the dignity of their child for the rest of their life.”

Jones has reconnected with Kate after many years. At first, he felt guilty because he was sharing what he thought was her story. To his surprise, she thanked him for sharing their story and keeping his promise to work to end abortion.

Famous playwright David Mamet once said that writers are like beavers chewing wood. Beavers chew wood because their teeth itch and it’s the only thing they can do to stop the itching. Writers write to stop the itching. “Well, I do activism, whether it’s movies or writing, whatever it may be, political campaigning, to get the itching to stop. Which it never stops. And that’s what it’s like to be a post-abortive man.”

What Values Most Determine How You Will Vote? Please Consider This One Today…