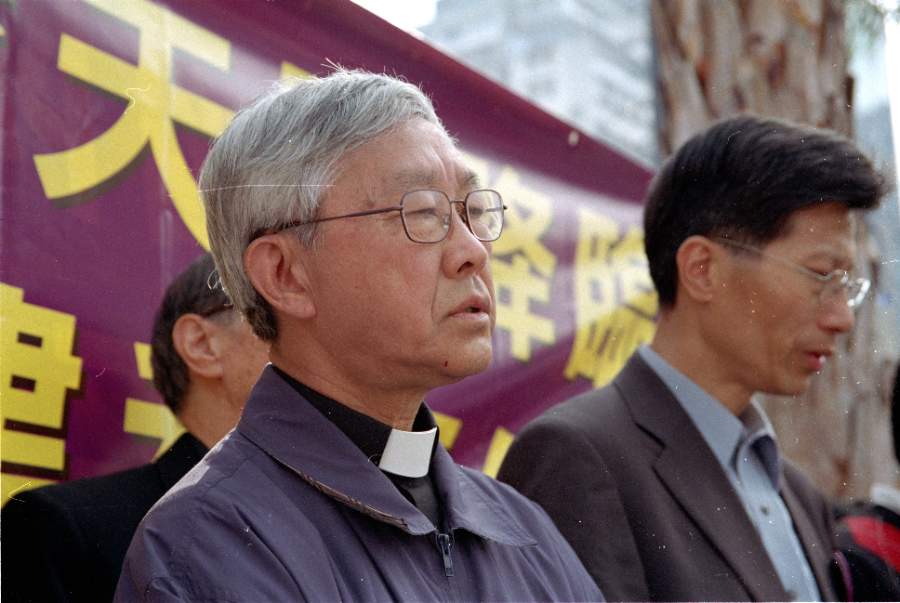 “No, the old proverb does not lie: Look for the brave in prison.”
— Aleksandr Solzhenitsyn, The Gulag Archipelago.

It didn’t end with the Berlin Wall, nor with the fall of the Soviet Union itself. “History” didn’t end there, as some giddy American neoconservatives ran around claiming back in the 1990s. Neither secular history nor sacred history came to their culmination with the West’s victory in the Cold War.

In St. Augustine’s terms, the City of Man goes right on slogging from one bad idea to the next, its priorities firmly fixed downward, eyes on the mud. And so the City of God progresses, quietly, even secretly, from the Resurrection of Jesus up through His Second Coming, its gaze fixed on the North Star of God’s plan for the ages.

Where Are You Even Going?

Those paths sometimes intertwine, resulting in collisions as people following Man’s path bump into those on God’s. They stare at them, bewildered, as if they were looking at simpletons. “Didn’t you get the memo?” they will ask them. “Do you know what year this is?” Or: “Why don’t you follow the Science?”

But those intent on God’s path aren’t deterred or distracted. They follow a different drummer, whom they can hear in the still small voice of their consciences. They politely step aside, making way so the worldlings can go first, thundering down their chosen slippery slope, over the Gadarene cliff and into the sea. The worldly watch the godly, stumbling under crosses, wincing at blows and spitting, with mingled contempt and pity. The godly look back at them sadly, wondering why they can’t hear the waves that will drown them.

A Tale of Two Bishops

If you look at photographs of two superficially similar men, you will see what I mean. In every picture I’ve seen of Joseph Cardinal Zen, the elderly hero of China’s underground Catholic church, he seems to be pleading, “Don’t you people know what is at stake — your souls, your immortal souls!” That’s the question he poses to his Chinese Communist tormentors, who are putting him on trial this week for trumped-up charges. He poses it to Westerners, who happily help make China richer, stronger, more dangerous. Check out this Catholic news program which leads with a report on Zen’s persecution.

And most of all he poses it to his nominal superior, Pope Francis — the man who abandoned the underground Church, threw it under the bus, in order to cement an alliance with China against the “consumerist, capitalist” West. When Cardinal Zen got a three-day pass out of prison in China to visit the Vatican, Pope Francis wouldn’t even meet with him.

As William McGurn wrote in The Wall Street Journal:

When a reporter asked about Cardinal Zen, the pope offered not a word of support, noting only that the cardinal “says what he feels” despite knowing there are “limitations.” The pope declined to even say China was undemocratic. All that was missing was a cock crowing in the background.

In fact, I firmly believe that Francis is glad Zen is being imprisoned. Francis isn’t known for tolerating dissension, and Zen is one of his sharpest critics. I suspect he wishes he could find other government partners like China to lock up other cardinals who dare question him, such as America’s Leo Burke and Italy’s Carlo-Maria Vigano.

By contrast with Zen’s, Pope Francis’ face alternates between just two expressions: a deceptively saccharine smile, when he tells you your sins don’t matter that much — that God doesn’t really care — and a dark, infernal scowl when someone defies or even questions him. “Don’t you fools show any gratitude? I’m tearing down barriers to your pleasure, and lifting from your backs the crushing yoke of freedom!”

Francis describes the whole Christian tradition, and even the plain sense of Scripture, as equivalent to the hypocrisy of the Scribes and Pharisees. “Jesus said unto you A, but I say unto you Z!” he as good as boasts, confusing the Gospel’s beauty, ever ancient and ever new, with the allure of a whole new gospel, slimmed down and prettified to suit postmodern man. (Read Stream contributor John Gravino on how Francis opened the door to accepting LGBT lifestyles inside our church.)

Of course, the world loves Francis for it. He’s the Man of the Year, the People’s Pope, the Pope of Mercy and “openness.” Observers turn a blind eye to his fierce persecution of critics, his crackdowns on more traditional Catholics who prefer the ancient liturgy, his velvet-glove treatment of clerical child molesters and their enablers. Francis’ praise of globalist government, his endorsement of “green coercion,” his dismantling of pro-life initiatives set up by previous popes — all of it’s carefully calculated to win the friendship of Caesar, Mammon, and Sodom.

The World doesn’t want to hear from Cardinal Zen, who pricks their consciences. It wants instead the soothing, beguiling words Pope Francis offers, the voice of a moral hypnotist who lulls them into a sleepwalk. “You feel peaceful, very peaceful. Imagine all the people, living for today. Imagine there’s no Heaven. It’s easy if you try.”