Only a man with a heart of stone could read this tale without laughing. 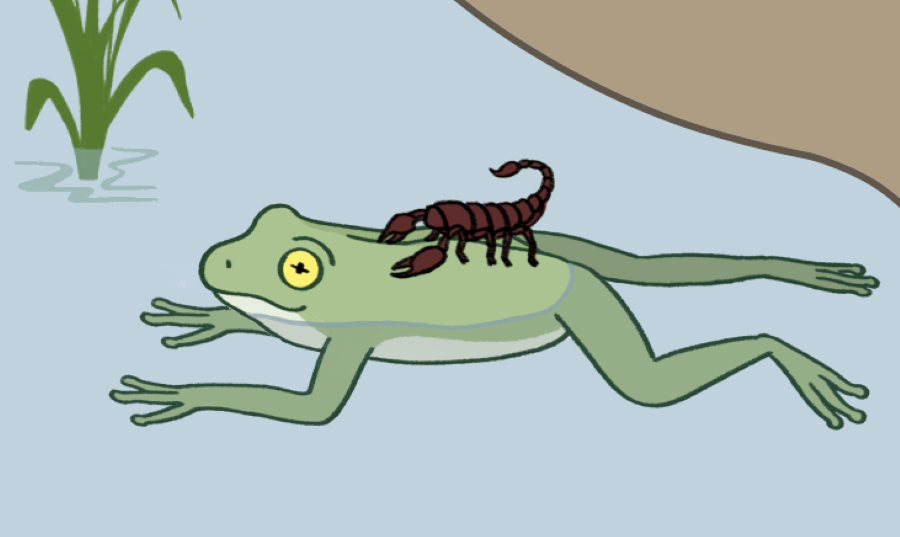 A few weeks back I wrote about how the Woke religion capturing some of our churches isn’t just post-Christian, but anti-Christian. Because it claims the mantle of the Civil Rights movement’s biblical quest for justice, while casting off most of the Bible’s moral code, it in fact is an Antichrist.

By discarding the Old Testament, and cherrypicking the New, it assumes a higher authority than Jesus did on earth. On one issue after another, liberals say, in essence, “Jesus said unto you X, but I say unto you Y.” Anyone who calls fidelity to apostolic faith or morals “Pharisaical” is casting Christ in the shadows, and proclaiming a whole new gospel. And St. Paul told us vividly what to think of people who do that.

Just to refresh your memory, the key element in this new Antichrist gospel is “going beyond” Christ himself, and further than the Church ever dared to:

What better way, some Christians seem to think, to emphasize Jesus’ uniqueness than to push their interpretation of His words and deeds to the wildest extreme? Highlight and celebrate Christianity’s differences from Judaism, by refusing even to see His works in their Jewish context. Instead interpret them “radically,” and make them an ideology. Embrace the most counter-intuitive and even irrational implications we can draw, to prove that we honor faith over reason.

When anyone in the Church tries to mitigate the irrational, inhuman, destructive logic of such “radical” Christianity, call him “worldly.” Compare him to the Pharisees. If he points out that your pet project of pacifism, socialism, open borders and “radical hospitality,” or universal celibacy would devastate the human race, say that maybe humanity must lose its life in order to save it. And abracadabra, presto-changeo, you’ve transformed the Savior of mankind into its enemy.

Such a creed isn’t just misguided, “idealistic” or “unrealistic.” It is evil. It claims for a new, alien creed the authority of Christ, and demotes Him and His church to the position of Moses and the Pharisees — that is, as outmoded elements of a lesser, exhausted Covenant.

Since this creed is evil, when it blows up in the faces of its virtue-signaling votaries, we have every right to laugh at it. C.S. Lewis quoted St. Thomas More in his witty The Screwtape Letters: “The devil … that proud spirit … cannot endure to be mocked.” When sins punish themselves, and culpable folly afflicts the fool, we call that “poetic justice.” The first instance we have of that in Western literature appears in Aesop’s fables. Here’s a classic one, “The Scorpion and the Frog”:

A scorpion and a frog meet on the bank of a stream and the scorpion asks the frog to carry him across on its back. The frog asks, “How do I know you won’t sting me?” The scorpion says, “Because if I do, I will die too.”

The frog is satisfied, and they set out, but in midstream, the scorpion stings the frog. The frog feels the onset of paralysis and starts to sink, knowing they both will drown, but has just enough time to gasp “Why?”

Replies the scorpion: “It’s my nature…”

Here the scorpion wins capital punishment for lying, betraying his benefactor, and foolishly giving in to his vices. The frog is punished for gullibility, and making a short term alliance with someone whom he knows is habitually evil. (What did he think the scorpion was going to do to frogs on the other side of the river?)

The Parables and Dante

Jesus also employed poetic justice in His parables. The story of the Unmerciful Servant, for instance, tells of a man whose master forgave him a massive debt. But the servant then went and ruthlessly demanded repayment of a small debt from a poor man. The unmerciful servant’s punishment was a classic of the genre:

Then his lord summoned him and said to him, “You wicked servant! I forgave you all that debt because you besought me; and should not you have had mercy on your fellow servant, as I had mercy on you?” And in anger his lord delivered him to the jailers, till he should pay all his debt. (Matt. 18: 33-34)

The great Christian poet of the afterlife Dante employed poetic justice when he depicted Hell. Sinners who gave in to the whirling torrents of lust got tossed about forever in storms, for instance. Those whose love proved so cold as to let them betray their benefactors stood frozen eternally in ice. And so on.

Woke Unitarians Get What They Deserve

I found a bitter Dantesque twist in a recent story of a Woke, post- and anti-Christian church in Louisville, Kentucky. Recent violent riots that swept that city after a jury declined to charge police officers in the death of Breonna Taylor. Louisville’s First Unitarian Church spotted an opportunity to virtue signal, and pounced. Finding a loophole in city law that exempted churches from curfew laws meant to stem the riots, it invited rioters in — so they could escape arrest. Bizpac Review reports:

“So the church has opened this up as a sanctuary” — a place to get refreshments and legal aid if they need,” Brother Tim Duncan, a volunteer with the church explained amid the second night of protests… .

“It is a way of showing that we are with you. We are a part with you, and we are with the struggle and a struggle that has gone on for centuries, that this God is one who is always on the side of the oppressed,” he later told Courier Journal reporters, standing under a banner at the church reading “Black Lives Matter.”

About 100 protesters reportedly marched up to the Louisville church when the curfew began, and many made their way inside before the building and grounds were eventually encircled by police.

What happened next is what’s funny: The rioters took the place over, and drove out the very church members who’d asked them in. And the reporters. [Gross profanity in clip.]

White people have just been threatened with assault and kicked out of the church sanctuary grounds. Almost all press were demanded to leave as well #Louisville #LouisvilleProtests #BreonnaTaylor pic.twitter.com/NK1cJVnBU8

So the self-congratulatory post-Christians who wanted to help violent rioters evade the law found themselves run off trembling into the street.

What happened next is disappointing. Police circled the building, declared an “unlawful assembly” and waited till protesters left. They didn’t arrest these ungrateful scofflaws.

This ending spoils the poetic justice just a bit. How this story should really end would be: the police throw up their hands and march away. A local judge elected with help from George Soros declares that the protesters have “squatters’ rights,” and may stay indefinitely. Eventually, the scared lily-white Unitarian pastor signs over the title to the property to some “community organizer.”

It’s taken over by drug dealers, and burns down a few months later. The charred ruins left behind stand as a monument to folly — as vast swathes of blue cities really will stand in the wake of the left’s savage lawlessness.

That’s how I’d write it, anyway. But I’m a sucker for happy endings.