Plans of the Enemy to Empower Evil are in Plain Sight 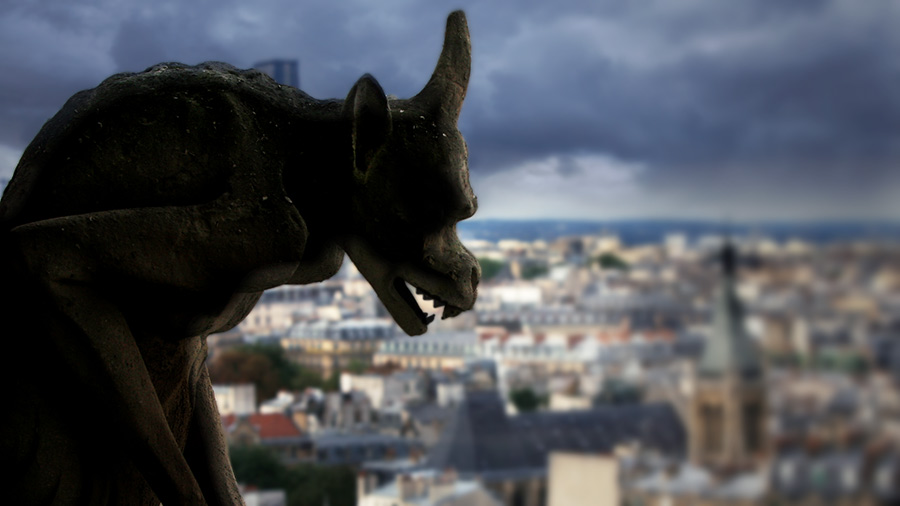 A growing army of radical prosecutors in key locations around this nation are using their power to replace God’s design for government with an advocacy of chaos.

Hidden in plain sight, at last count 75 radically “progressive” prosecutors, with campaigns funded by George Soros, serve in key cities and communities. The results of their “soft on crime” policies after just a few years are clear and measurable: increased crime and murder.

Additionally, these prosecutors are creating a climate of lawlessness. Shortly after the overturn of Roe v. Wade, a large group of these radical prosecutors issued a statement declaring that they will defiantly refuse to uphold their state’s new laws to protect life and will instead follow their own personal radical ideologies on abortion.

They state: “[W]e decline to use our offices’ resources to criminalize reproductive health decisions and commit to exercise our well-settled discretion and refrain from prosecuting those who seek, provide or support abortions.”

This statement is signed by nearly 100 elected prosecutors, under the banner of Fair and Just Prosecution, which is funded by Tides Center, Ford Foundation, and the Chan Zuckerberg Initiative, among other progressive funders. The laws these prosecutors are blatantly disregarding were created constitutionally by state legislators the voters elected.

Recently, I talked with a few friends who are law enforcement officers where one of these prosecutors is in power. Here are some of the results they’ve seen from having these radical “Soros prosecutors” in their districts:

The negative impact on law enforcement officers is not surprising. Soros generously funds organizations advocating “criminal justice reforms” like defunding the police. Backing inexperienced, unqualified, and radically progressive district attorney candidates is part of a coordinated, demonic plan to transform criminal justice in our nation, with the result of lawless and crime-ridden cities.

This Dark Plan is Working. Here’s How.

In the past decade, Soros spent $40 million to fund the elections of prosecutors in over 70 districts. Prosecutors elected with the help of Soros money cover districts in half of the nation’s 50 most populous cities — so, one in five people live under the jurisdiction of a Soros-promoted prosecutor. This small, strategic group of leftist prosecutors is increasing crime and disintegrating the rule of law for the entire nation.

The results? More than 40% of homicides and 33% of all violent and property crimes reported in 2021 occurred in Soros-prosecutor jurisdictions. Some major cities with these progressive approaches to crime are seeing record statistics of violent crime. This is no surprise, because Soros prosecutors refuse to prosecute crimes such as drug trafficking and resisting arrest. In fact, with these progressive prosecutors, there is a 19% average decrease in guilty verdicts or pleas and a 20% average increase in dropped or lost felony cases.

Here are some specifics. I have listed “Soros money” received, prosecutors elected, and the impact on their districts.

These prosecutors (who barely prosecute), paired with radical lawmakers, have fundamentally changed a large part of the criminal justice system to remove bail, lighten sentences, and pick and choose which laws they will uphold, all while creating expensive massive reform activist programs attributing crime to race, disadvantage and bigotry.

There is big money to be made in pushing this narrative. Junkets, conferences, symposiums, grants, retraining and even lavish “retreats” reinforce this ideology, and those who provide them are paid handsomely through your taxpayer dollars.

As we approach an election season, Christians — and especially intercessors — need to recognize the progressive mindset at work here.

In comparing a progressive mindset to a biblical mindset, here are differences you will see:

If you believe in the inherent goodness of man — instead of the broken nature of man — the result is chaos. This worldview brings out the worst in people and the worst in society.

Can any one man single-handedly change the justice system in our nation? Can one man’s influence and actions unleash a spirit of lawlessness in our cities? How does a solitary man wield enough power to bring down England’s currency, disintegrate a nation’s law and order and infuse a culture with growing godlessness?

It’s a demonic agenda and it’s been working. But George Soros’s plans can be stopped through the power of Jesus, prayer and action.

Our IFA team has assembled a Special Report that outlines this issue. We include a list of Soros’ prosecutors, funding, groups behind this movement, and how you can pray.

I encourage you to download the Special Report and continue praying about this issue. I believe it is one of the most destructive plans of Satan against our nation today. Informed intercession is key for these days we are in.

Dave Kubal is CEO/President of Intercessors for America, a massive grassroots organization uniting over 300,000 citizens to pray, and then take action, on the issues confronting America. Equipping Christians to engage and speak truth into the important cultural debates of our day, Kubal is a nationally-recognized faith leader serving as a faith advisory member to former President Trump, and on the National Day of Prayer Task Force.