With the COVID-19 crisis as cover, the nation’s largest abortion provider has been expanding abortion services via telemedicine. This practice puts women at risk — solely to boost Planned Parenthood profits. 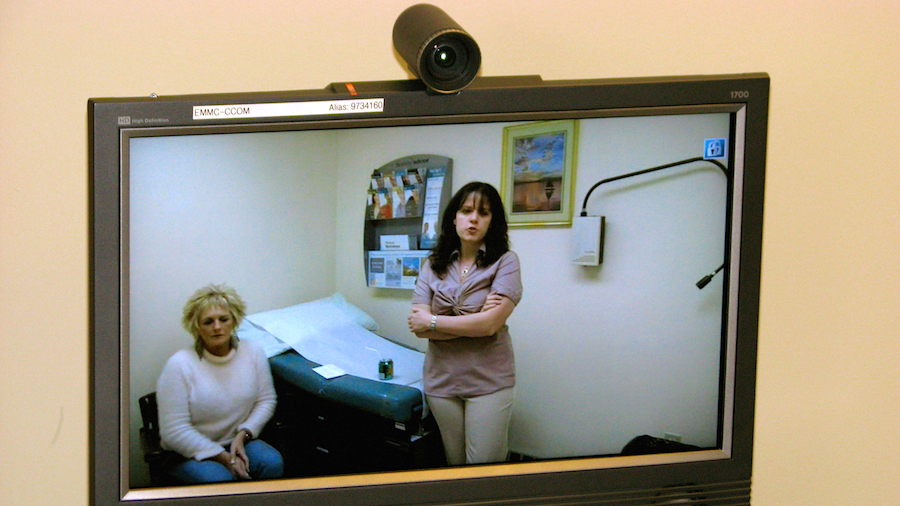 “Never let a serious crisis go to waste. And what I mean by that is, an opportunity to do things that you think you could not do before.”
– Rahm Emanuel, former White House Chief of Staff and former Mayor of Chicago

The former chief of staff to President Barack Obama famously said this in regards to the 2008 financial collapse, and said it again earlier this year in response to the COVID-19 crisis.

Planned Parenthood is ever the opportunistic organization. They have seized upon this mindset and unsurprisingly fashioned a one-two punch to advance their agenda. By expanding the abortion market share for medication abortion services, they increase their profit margins.

Follow along with me as I imagine a strategy session for abortion industry leaders.

First, we will relentlessly push abortion services during this crisis even though there is a nationwide moratorium on elective medical services. We can get away with this, if everyone uses the first and most important talking point. Namely: abortion is an essential service and is not elective.

Never mind that we’ve spent the last 50 years calling it a ‘choice.’ Be sure that no one uses the word ‘choice’ for a while. Always call it essential. While we are convincing everyone that it is essential, we will keep our clinics open in defiance of all elective procedure bans everywhere. Be sure Legal is ready to file suit against any state that tries to stop us.

Then, note that the use of telemedicine is being encouraged in order to reduce the number of people who have to come to a medical office. So we can begin to push for widespread telemedicine abortions. Imagine how much the profit margin will increase. We can still charge a good fee and we will cut overhead costs dramatically. It’s a win-win.

Now, make no mistake: I am not saying that I know exactly what was said and when it was said. Certainly they have planned their strategy over the last few months. But there are some facts we do know.

In a fundraising letter to supporters, the new head of Planned Parenthood lists their need for funds in the third paragraph of their e-mail. Those needs include their plan to “expand telehealth services, fund legal battles.” Those two items are the only things listed with any degree of specificity.

So now I will ask you to do something that we as a pro-life community are not accustomed to doing. For the remainder of this discussion, I will not discuss the moral and ethical implications of abortion in regards to the unborn child.

I will focus on only aspects of the issue of telemedicine abortion. As we do so, it should become painfully obvious that telemedicine abortion will result in a profound increase in the harm to those women who choose to pursue medication abortion services. It will also become even more apparent that abortion should not be considered to be part of the practice of legitimate medicine.

When the action of the natural progesterone in the pregnant woman’s system is blocked by the mifepristone, the baby is starved of oxygen and nutrients and the attachment between the placenta and the uterus becomes weak. Then, a second medication is given. Misoprostol will cause uterine contractions like those in labor, and the contents of the uterus will be expelled.

When FDA Flags A Medication As High-Risk

At the present time, there are over 20,000 different pharmaceutical products which have been approved for use as medications in America by the Food and Drug Administration.

Once a drug has been approved for use by the FDA, it may be used for labeled (approved) or off-labeled use. This is because many drugs have multiple uses and physicians are given the latitude to use their clinical judgment with virtually all medications.

Some medications, however, have such a high degree of risk that only physicians properly trained in their use are allowed to prescribe them. Some medications have such a potential to cause problems that a particular protocol must be followed to minimize the risk to the patients.

In 2007, Food and Drug Administration Amendments Act of 2007 gave the FDA authority to require the implementation of a Risk Evaluation and Mitigation Strategy (REMS) to ensure the proper use of a medication.

Mifepristone, the first pill in the medication abortion regimen, is regulated with a REMS.

There are multiple reasons listed in the Mifepristone REMS for the REMS having been implemented. The risk of atypical infection that sometimes leads to death is mentioned, as is the possibility of hemorrhage.

Neither clinical examination nor ultrasonographic scan can be accomplished via telemedicine. These are clinical actions that can only be accomplished in person. For the safety of the woman who seeks a medication abortion, there are two things that are absolutely essential to minimize their risk.

One is that the actual and accurate gestational age must be assessed, and ectopic pregnancy must be ruled out. To be sure of gestational age, either clinical examination or ultrasonographic examination must be performed. Based on a survey of my own patients, self-reporting on gestational age is notoriously inaccurate.

Extrapolating that data, 54% of patients who would receive telemedicine abortion services would have an inaccurate assessment of gestational age. When patients are farther along than the limits allowed by the FDA, they are at greater risk for hemorrhage and infections, which were reasons for the REMS for mifepristone. This is why the FDA’s REMS only allows medication abortion through ten weeks gestation.

Ectopic pregnancy is the situation in which the embryo fails to reach the uterine cavity before it implants, and the implantation in ectopic pregnancy most often occurs in the Fallopian tube. It then will grow and develop in that extra-uterine location, and when it is undiagnosed the resultant intra-abdominal hemorrhage is one of the most common causes of death in early pregnancy.

Ectopic pregnancy occurs at a rate of 19.7 ectopic gestational per 1,000 pregnancies. The most common means of diagnosing an ectopic pregnancy is ultrasound, which as previously discussed cannot be done with telemedicine abortion.

Consider those numbers in a real-world analysis. There are approximately 3,000 abortions per day in America. Forty percent of those are medication abortions, so that would be 1,200. Let us imagine that one-fourth of those eventually become telemedicine abortions.

They will begin hurting as the undiagnosed ectopic pregnancy swells and approaches the point of rupture. Then they will be told by the abortion clinic staff that pain is part of the process and they will not receive appropriate care. This will increase their chance of death, as time is critical in saving the life of a woman who has a bleeding ectopic pregnancy.

Money Is Their Bottom Line

Telemedicine abortion will increase the risk to women. That is not disputable. There are reasons for the REMS which the FDA has imposed, and they are patient safety reasons.

Allowing telemedicine abortions would be a mistake of tremendous proportions. There is no way that those involved in the abortion industry do not know these facts. They simply do not care. If their primary goal was to truly serve the women who seek their services, then safety for those women would be their utmost concern.

But since telemedicine abortion would provide a good revenue stream with a very low level of overhead cost, they are only seeing dollar signs. The current push for telemedicine abortion is a cold and calloused calculation that considers profit as a primary goal to the exclusion of the safety of women.

Dr. Brent Boles has been practicing medicine for two decades as an OB/GYN in Murfreesboro, Tennessee. He currently serves as medical director at Portico, a local pregnancy help center. His new book Supremely Wrong: The Injustice of Abortion is now available.

Hope for Life, From Our Nation’s Response to Coronavirus