Planned Parenthood Asks a Question … Do They Want the Answer? 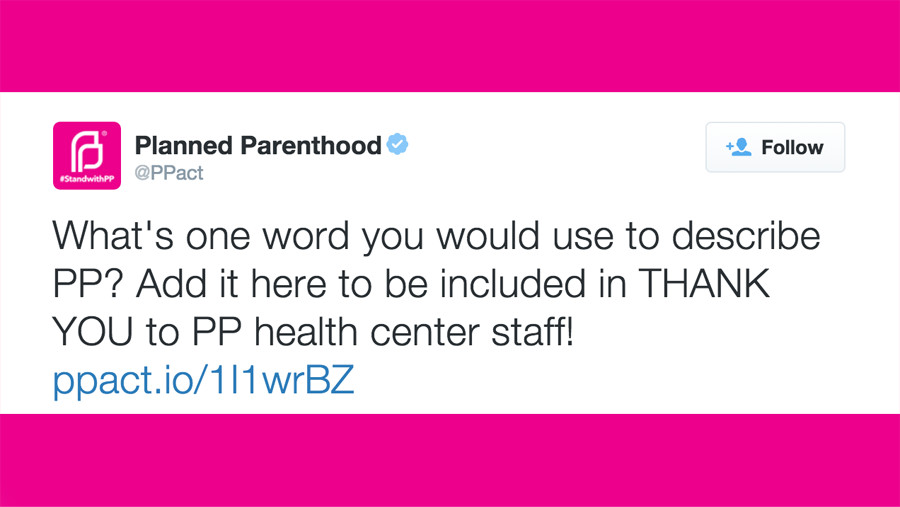 Sometimes, one has to wonder if Planned Parenthood completely lacks awareness, or if they’re just trolling.

What's one word you would use to describe PP? Add it here to be included in THANK YOU to PP health center staff! https://t.co/O7BZhig6iG

The responses weren’t exactly what they were looking for:

@PPact going through the replies on twitter, I don't think this was the best idea.

One word comes to mind:  “Oops.” It turns out, nearly everyone who responded to the tweet sees Planned Parenthood for what they are:

There were almost no answers with positive connotations, which is going to to make for a pretty awkward “thank you” poster:

@PPact can I see the "Thank You" when it's done? Judging by the entries so far, it's going to be awesome.

If the response and events of recent months are any indication, perhaps there will soon be one word used to describe PP: “history.”